Australia vs Wales – teams and preview

Australia vs Wales – teams and preview 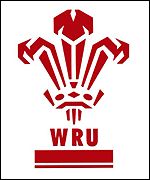 According to reports, today we discovered the Wallaby team that will take part in the first really competitive match of their world cup, against Wales in Cardiff on Saturday.

There are a few well publicised changes through injuries, and then a few on the bench. Shepherdson’s back at the expense of ‘Big’ Al (phew, I think) and Mitchell goes to the wing replacing Ashley-Cooper (with a bruised toe??). AAC and Mitchell are very different players (power vs pace) but with Mitchell on form, and with a decent kicking game to boot, this isn’t a bad swap. The changes on the bench have a little more to them. Knuckles has gone back to a 5-2 bench, which re-creates the spot for Waugh. More interesting is that McMenimen loses his bench spot to Chisholm, ostensibly to cover lock, but it would seem that the Queenslander is still a way off demonstrating his much lauded potential in a match. Huxley also hits the bench, which leaves me a little uncomfortable in a big match, Gerard is so much more solid.

As for the game preview, it goes in the face of almost every review I’ve read but DO NOT write off Wales at home. Over the last few years, even when in desperate dry spells like this season, Wales has always been able to pull out dramatic performances. As an example, beating England this past 6 nations, having lost every other game.

My prediction is that this game will be a lot tighter than Aussie fans will be comfortable with, even if things go very well, for at least 20 minutes. Wales will not stop attacking, and we know how the Wallabies like to switch off at two key points: the start of the match, and when they’re 2 tries ahead (curses of the Wallaby supporter).

I think we’ll just about match the Welsh up front (how certain can we be?), but danger areas will include their big back row (likely to include the monster Charvis), Peel at 9, the kicking game of Jones or Hook at 10 and out wide in broken play. The true test of the Wallabies cup winning potential will be whether they can clinically turn the Welsh devil-may-care attitude out wide to the Green and Gold’s advantage, or whether they get sucked into a 100mph scrap-fest as has happened the last couple of times.

Regardless, thank god there are some big name games (outside of Arg/France) to kick-off at last. Since the Tri-Nations all we’ve had is pure speculation. With no real test in their pool, I can now understand why there might be a few anxious Kiwi supporters around.