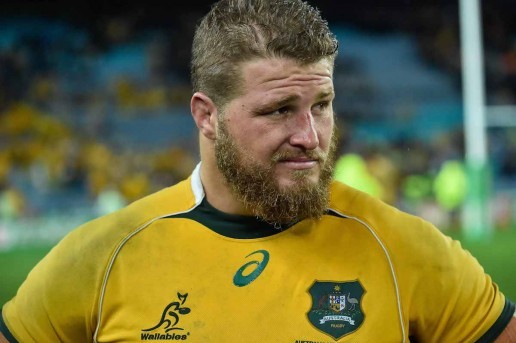 Prior to this season, the last time the Wallabies played the Boks in Brisbane, we lost. The last time we played the Pumas in Mendoza, we lost. So things seem to be on the up as we sit atop the Rugby Championship ladder. But we do we take from our latest win over Argentina? Let’s start with these five things.

What the two tests have shown is that Australia has a couple of brilliant options here and the challenge for coach Cheika is how he uses them. Their physicality in defense is incredible, while their their running game is a similar asset, with Pocock proving many doubters wrong in particular this test.

There is a long held selection belief that you determine your fifteen best players and then work out how to fit them into your team. Going by this, then GAGR’s own Pooper (a Pocock / Hooper combo) needs to start.  The chance to try this out before the RWC now seems curtailed by Hooper’s likely suspension for striking against the Pumas.

Will it mean Cheika tries to replicate the impact this duo has made against the All Blacks?  Perhaps a McMahon – Pocock combination (McCock?) or even Gill-Pocock (Gocock)? Regardless of the combination chosen, and whether they start together, this Wallaby team will definitely miss the impact from the bench that the Hooper / Pocock combination has provided them.

Who plays 10 (and by extension perhaps, 12) for the Wallabies was not answered last week against the Boks, and wasn’t really clarified this weekend against the Pumas. Unfortunately a concussion to Matty Toomua robbed us of the chance to see him get a proper run at 12. Further Quade Cooper’s early introduction to the game, in an albeit un-preferred position, hardly strengthened his claim to the starting flyhalf spot.

The starting flyhalf, Bernard Foley, displayed some nice touches in attack however was below average in defence and similarly with his kicking.  His two try assists can’t be discounted, but he does not look the controlling general World Cup winning sides tend to boast.

Cooper last week was like a meditation weekend – deep and quiet.  This week he was more like a junior school dance – plenty of movement, but no real chance of scoring. Flashes of the usual brilliance was there to see, but neither was it the type of rugby that you can see win us a high intensity match such as a Rugby World Cup final.

So where does that leave us going forward? The week off for both may perhaps provide a chance to see a 10 Giteau 12 Toomua combination in what would be our third different combination so far this season.  The importance of this decision means that the Wallaby selectors need to mix things up in order to discover our best combination. It’s just a shame our chances of them settling in are diminishing as the season progresses.

May I approach the bench?

Perhaps the stand out performance for the Wallabies so far in season 2015 has been the collective impact the bench has had on the outcome of the two tests played. Against South Africa it was Pocock along with Nick Phipps, Greg Holmes, Scott Sio and James Horwill. This weekend gone it was Hooper, Dean Mumm, Sekope Kepu and Kurtley Beale who provided the lift.

I’m not sure what it means. I don’t think our depth is necessarily any greater than previous years (although having Pocock back is a fair boost).  Could it simply be part of the preparation and Cheika’s ability to get the most of the players and clearly communicate their roles? Maybe the fact it’s a Rugby World Cup year the players are just a whole lot more motivated to perform.

Regardless of why it is, what it means is that we have, firstly, been able to come back from a deficit to win a tight game and, secondly, close a game out and run away with an important bonus point win. All through the direct impact of our bench men.

Long may it continue.

One of the perhaps more under the radar discussion points all Super Rugby season, was the form of James Slipper with the Reds. Slipper was immense in 2014, but played a hell of a lot of footy. As the 2015 season started, it seemed we started to see some impact of this substantial workload on his performances.

The workload was still there, although perhaps without the same high quality. More so, he seemed incapable of finishing a match and looked a broken man more often than not, whilst trudging off the Suncorp Stadium playing surface.

There is no denying that Slipper is the Wallabies #1 prop forward and provides a flanker-like work rate around the field. However the impact seems to be fading and another early finish (this time before half time) has got many of us fans unsure.

To further put the pressure on Slipper, the re-emergence of Scott Sio and his form at both scrum time and with the ball in hand, is becoming very difficult to ignore. How the Wallaby decision makers handle Slipper for the rest of the year will prove a decisive factor in those key Rugby World Cup preliminary matches.

Will Skelton was largely maligned after his performance v the Boks in Brisbane last weekend.  Whilst he didn’t have the impact he enjoyed in his debut against France last year, some of the criticism was a tad over the top.

Skelton is one physical mofo. Which you would hope for a 140kg behemoth.  But he is our enforcer. To charge the forward rush, ball in hand and to drag in numerous defenders. To lay the hit on the opposition runners, even if occasionally it’s a little after the ball has been passed.  He’s the Mat Cockbain-Toutai Kefu-Owen Finegan uncompromising type of forward we’ve all been waiting around for for ages.

Well he’s here and he’s staying. We need Skelton in the pack when we take on Wales and England. We need him to be the ruck monster that has the All Blacks a little more wary of our usually quite pack. More game time the better and I’m backing Cheika to have him fit and firing on all cylinders by the big matches in the Rugby World Cup.