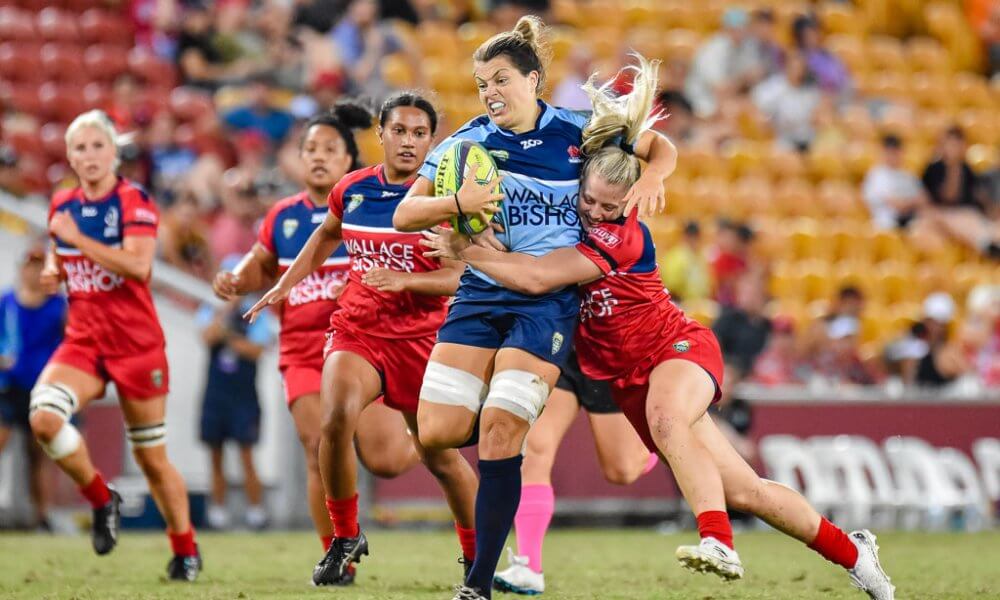 The Australian girls racked up a big win last week built on the huge work rates of Millie Boyle and Grace Hamilton. But the Wallaroos didn’t have it all their own way with big games from Fujimoto and hooker and 31 tackles from Suzuki in the centres keeping them in check.

After a beautiful welcome to country by Uncle Ray Davison and the national anthems play got underway with both teams lining up as advertised.

Japan fumbled the kick-off and handed the Wallaroos an early chance to work into their patterns, and that exactly what they did earning a ruck penalty after just three minutes. Five minutes later the Australians were again attacking when Grace Hamilton ran through the defence close to the ruck and changed her angle to burst through a desperate last line tackle from Japan and run forty metres to score the first try.

The flow of the game ebbed towards the Sakura and Australia started leaking penalties under pressure. Japan slotted the fourth penalty for their first points but the kick-off put the Wallaroos back on attack and after having a try disallowed for a foot on the line the Wallabies had a second crack and scored in the opposite corner to Mahalia Murphy. Murphy’s try was quickly followed by another from Lori Cramer as the Wallaroos started to dominate the game.

Late in the half, the Wallaroos were leading 22-3 when they turned down a shot a goal to have a crack at a try. After what seemed like an hour of attacking Mahalia Murphy was on the end of a huge overlap and scored Australia fourth try. A great half of rugby from the Australians lead by Grace Hamilton who for the second week in a row ran for over 100 metres in the first 30 minutes.

The wallaroos started the second half looking to continue their dominance of the game but, tended to push things a little too far and turn over the ball too easily. This combined with Lori Cramer’s yellow card for tackling with no arms was the prime reason no points were scored for the first 25 minutes of the second half.

Suddenly the Wallaroos switched back to the power game. Ashley Marsters ripped the ball away from Japan and made metres up the guts, Liz Patu picked and drove and made five more then Grace Hamilton took over and carried tree over the line to score. Moments late Hamilton was over again in pretty much the same manner in the process racking up her 200 run metre for the game.

And again after a rip and run from Alisha Hewett and offload to Patu who in turn offloaded to Millie Boyle. That was the final scoring play for the match. Australia won 46-3

Unfortunately, for Japan, the Wallaroos were on song from the kick-off. The Sakura were never in it.

Only one player could win this tonight! Grace Hamilton was clearly the best on field. Three tries, 204 run metres and twelve tackle busts and amazing leadership.

Despite Grace Hamilton’s amazing performance, this was an ensemble piece. The centres, Hira-Herangi and  Lefau-Fakaosilea were a handful. The back three of Cramer, Murphy and Treherne ran amok. Understated Emily Chancellor was the perfect foil to the power of Boyle and Hamilton in the backrow. Patu monstered people when she came off the bench.