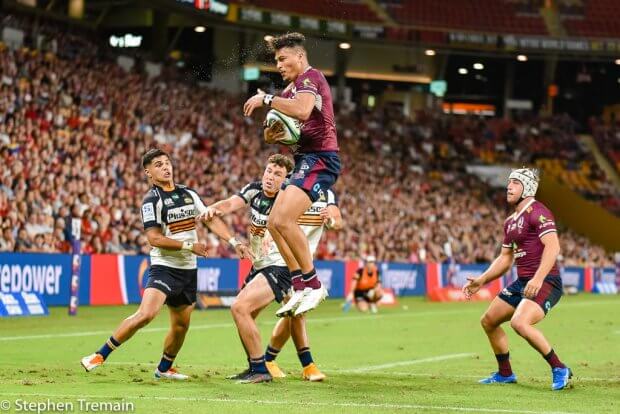 Hunter Paisami was a late withdrawal with a calf injury, giving Josh Flook a start. and bringing Lawson Creighton onto the bench. Brumbies were unchanged, welcoming back Allan Alaalatoa and Scott Sio

The Brumbies got their rolling maul rolling early, and Folau Fainga’a crossed after 5 minutes. The try was reviewed for a foot in touch, but the Reds were probably lucky the try stood, otherwise Taniela Tupou could have been in the bin early, for repeated maul infringements. 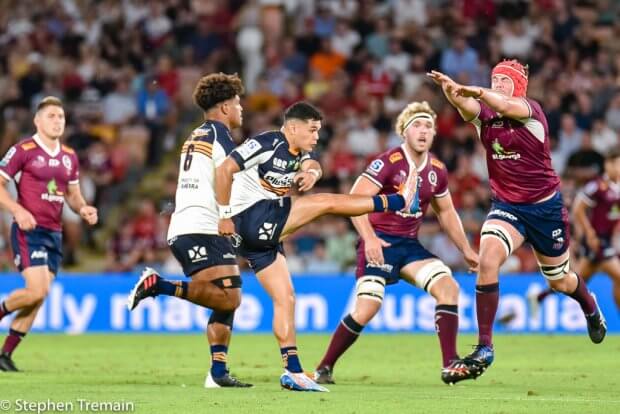 Tom Banks‘s intercept came at a critical time, with the Reds looking to get on the scoreboard. Down 12-0 the Reds, eventually looked to James O’Connors boot to close the gap. With the score at 12-6 the Reds looked like they had a chance to go into the break with a try to take the lead.  However, a penalty given up by Taniela Tupou, instead let Nic White increase the lead to 15 – 6 at the break with a long range penalty. 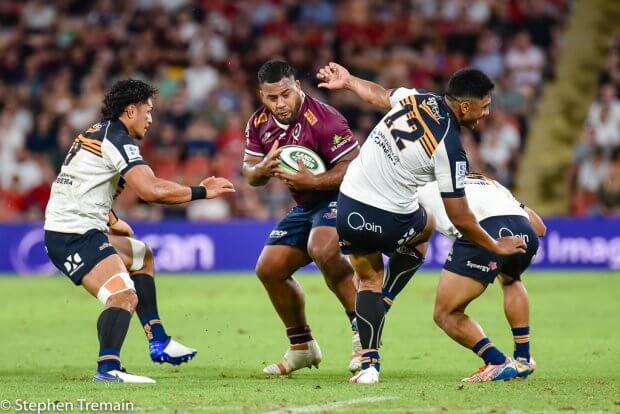 Reds worked their way back into the game in the second half, on the back of their dominant scrum.

Josh Flook scored a nice try slipping out of Andy Muirhead‘s tackle, after some good work by James O’Connor and Jock Campbell. That closed the gap to 2 points, but the Brumbies hit back immediately with a well worked try to Tom Wright off the back of another maul. 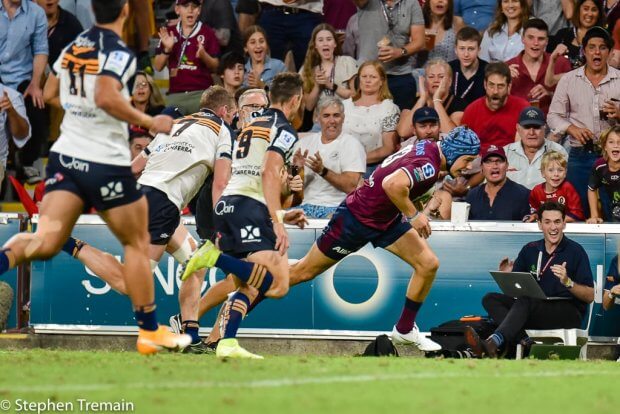 Allan Alaalatoa, back from suspension, breathed a sigh of relief when his high tackle on Richie Asiata was ruled a penalty only.  But with the score at 22 – 16 at the 60 minute mark, that was the last of the good news for the Brumbies, not able to score again, despite throwing everything at the Reds in the last quarter.

Jordan Petaia had 2 big impacts to get the Reds within striking distance. First a 50-22 kick to gain the line-out throw, and then getting in behind the Brumbies defence to leap above Tom Banks to score from James O’Connor’s kick. 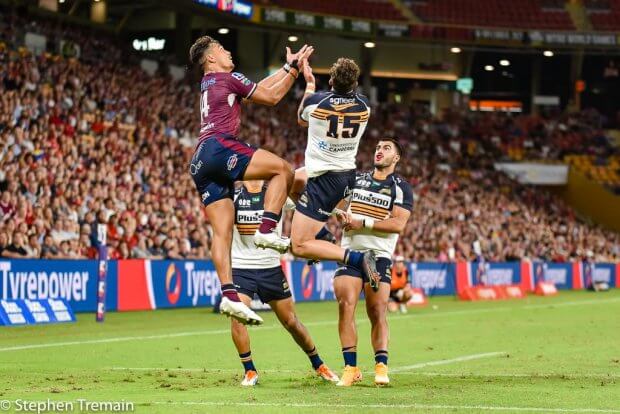 Jordan Petaia gets above Tom Banks to score

James O’Connor missed the conversion, but kept his cool, to kick two late penalties to get the win for the Reds.

The scene is now set for a a replay at Suncorp Stadium in the Super Rugby final on the 8th May – however the Rebels and Force will have plenty of say in that, particularly with the Force finishing the season with 2 home games. However, whoever finishes 3rd will have to get past the Brumbies at home in the 2 v 3 playoff in Canberra 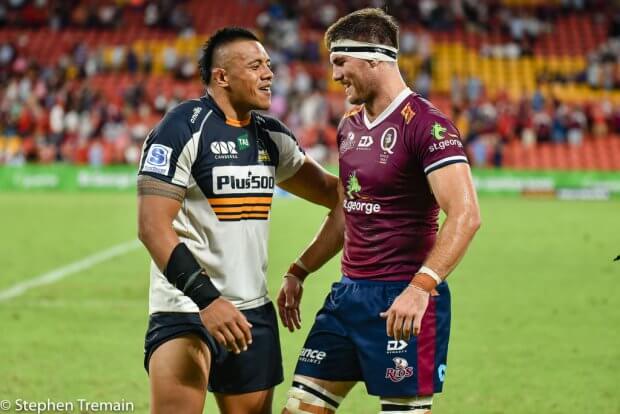 The Game Changer
Could have been Tom Bank‘s intercept, or Jordan Petaia‘s leaping try. However, I’ll go with Fraser McReight’s turnover late in the game, when the Reds were under pressure, and a penalty goal or a try would have sealed it for the Brumbies

The G&GR MOTM
Rob Valetini was one of the Brumbies best, same for Cadeyrn Neville & Noah Lolesio.  Taniela Tupou was a monster but gave away too many penalties. James O’Connor picks up the GAGR MOTM for his game management at the death.

Wallaby watch
Hunter Paisami‘s calf is a concern. Folau Fainga’a continued his try-scoring form from the back of the Brumbies maul.

Tuesday’s Rugby News
Where to now for the Tahs?