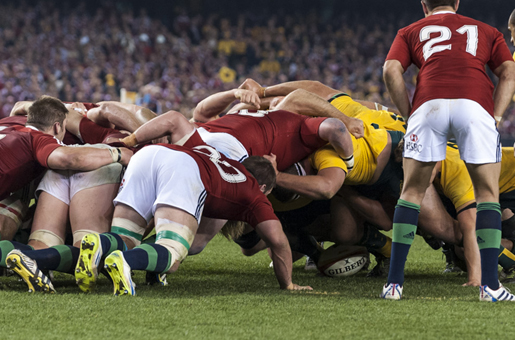 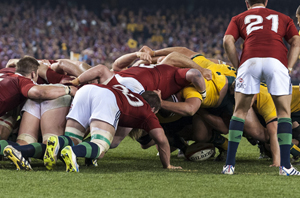 In the second test between the Wallabies and Lions, seven of the fifteen scrums awarded were decided by the referee. Fifteen points were scored from penalty goals from those scrums which had more impact in the match than any other area. The scrum may well be what decides the third test and therefore the series.

So, what can the Wallabies do better to make sure their chances of winning the series are not derailed by a scrum penalty? In this article and part two I’ll try to explain how scrums really work which will help show you the areas the Wallabies need to work on.

Scrums are a highly technical area – they are not just sixteen big guys pushing hard against each other. Some will feel these articles are too long – others will point out that I haven’t discussed other key points, which I acknowledge but there is just too much involved to cover it all.

The forces involved in scrums really come down to two key things – body shape / height and the angles involved – simple really isn’t it!

A good scrum involves the whole pack working together to generate force from the back of the scrum all the way through to the front. The laws of physics mean that the force from the back of the scrum can only be transferred through the middle row, into the front row and ultimately through to the opposition if that force is all being directed on the same general horizontal angle.

The Wallabies have not been getting their horizontal angles coordinated all that well between their front row and middle row in this Lions series as shown in the following image from the scrum where they went backwards as though they were on roller skates in Brisbane. By contrast you can see how the Lions middle row and front row were driving much closer to the same horizontal angle so were able to transfer all their power through to the Wallabies.

As you can see the force from the Wallabies scrum was generally going up so wasn’t counteracting the horizontal angle of the Lions drive. With Hooper’s force directed down any weight he’s adding isn’t really being applied effectively.

If a prop gets their shoulders below their hips the force coming from behind them is no longer being directed towards the opposition and is wasted. Here’s an example from the second test in a scrum where Ben Alexander dominated Mako Vunipola.

The same applies if the shoulders are above the hips so props must focus on keeping their backs close to parallel to the ground as must all four players in the middle row, not just the locks. If the Wallabies can improve in this area the props will be able to use the power coming from behind more effectively as they did in the scrum above.

I’ll touch on some of the vertical forces now but will cover the majority of that in part two. Due to the offset of players in the front row the tighthead prop has to deal with the force coming from both the opposition loosehead and hooker. The extra force on the left side of the scrum is why you mainly see scrums wheeling clockwise as shown below. 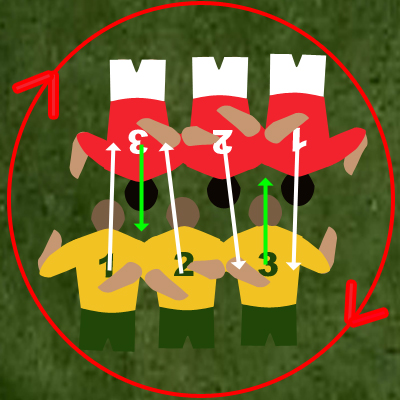 The opposition loosehead seeks to take advantage of the extra force being applied by attacking the tighthead. The best way for a loosehead to destabilise a tighthead is to get under him so that he can’t keep his back parallel to the ground and transfer the force from behind him to resist the forces of the two on one he’s facing. There are three steps for a loosehead to achieve this.

First, on engagement the loosehead must get his head down and under the tighthead so that the back of his head is on the tighthead’s chest. Here’s an example of Tony Woodcock doing exactly that. As you can see this manoeuvre puts the loosehead in a very awkward position angling down towards the ground. 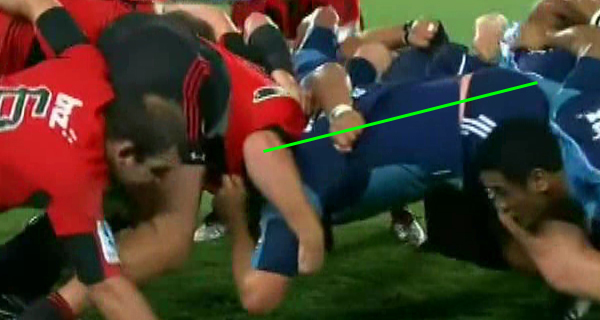 Loosehead angles down to get head under tighthead

Second, the loosehead can’t stay in this position as they can’t transfer the force coming from behind them unless their back is on the same horizontal angle as the players in the middle row so they must use their bind and strong abdominal muscles to lift up so that their back is parallel to the ground. This lifts the tighthead up so that he is angling slightly upwards and is in a poor position to channel the force coming from behind him. The video below shows you in more detail how this is done. 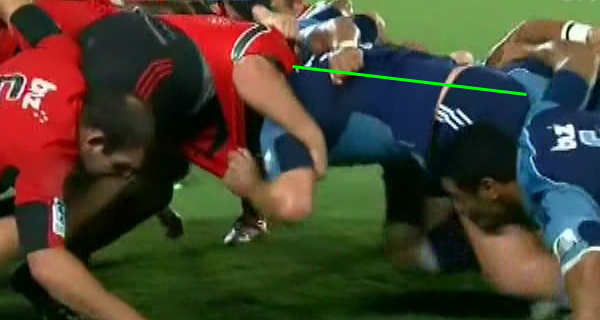 Then uses bind and strong core to pull back up

Third, once the loosehead has regained their position they drive forward with their back parallel to the ground exactly as required by the laws. Because the tighthead is in a poor position to defend the force he either goes backward and stands up or folds in towards his hooker, or a combination of both.

Is this legal? No, I suppose it’s not as the shoulders are below the hips until the loosehead can lift back up so they’re driving flat. However, every good loosehead uses this technique including Benn Robinson as you can see below from the second test against the Lions. 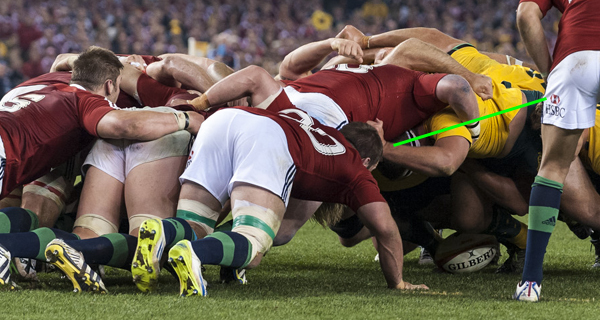 All the best looseheads do it

If the opposition loosehead is successful with this manoeuvre, it’s pretty much game over – it doesn’t matter what your own loosehead does as your scrum is going backwards on your tighthead side and the scrum starts wheeling clockwise. The more your loosehead drives forward the further the scrum wheels clockwise!

Regardless of what the law says, this is how looseheads scrummage, the referees allow it and it’s what Alexander will be faced with in the third test, so what does he need to do to counter it? He knows what the Lions will be trying to do and it’s not an option to hope the referee penalises the loosehead – that’s too much of a lottery. Good tightheads know that the best way to stop the loosehead is to attack them.

I’ll look at how a tighthead uses their body shape / height to attack the loosehead on page 2.