Super Rugby is back. Well, technically it was back last week. For Red’s fans however, it all starts here. After an off-season where Brad Thorn jettisoned the last players who did not fit “the culture”, it is time to see how the 2019 edition fares. The first challenge is a tough one, against a Highlanders team with the wind in their sails following an impressive come from behind victory against a Chiefs outfit that had a man advantage.  So let’s dive into the preview of the game to see how things shape up.

This is perhaps the one time of the season where I can honestly say that form might not matter at all. The Reds come into the game off the back of two trials, both losses (to the Rebels and Chiefs), while the Highlanders are one from one, with a 30-27 win over a Chiefs side markedly different to the one that played the Reds the week before. Most interesting in the ‘Landers win was their ability to come back and win despite having only 14 men for the last fifteen or so minutes. It was perhaps as much about the Chiefs taking the foot off the throat but you have to wonder how an Australian team would have fared in the same position.

As much as this type of thing means anything, there have been some relatively close games between the two sides with the last Reds win being in April 2016, which is the last time they beat an NZ team. The Highlanders are a force to be reckoned with at home, going 7 for 7 in 2018. Technically they lost a home game to the Crusaders, but that was the game played in Suva.

2018 produced an 18-15 win to the Highlanders, a late Lima Sopoaga penalty breaking the deadlock in a game the Reds perhaps should have won. 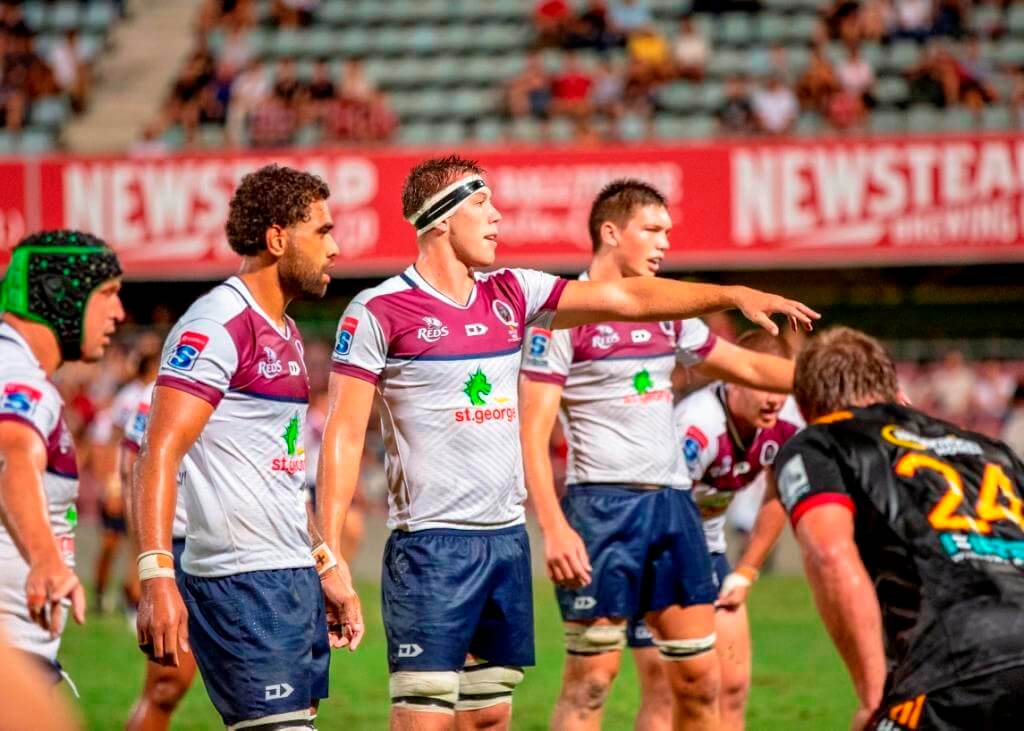 The Reds have named an interesting lineup for their first official hit out. Many of the key pieces from the 2018 squad return with a few notable exceptions. There is no room in the matchday 23 for either Scott Higginbotham or Filipo Daugunu. Higginbotham has essentially made way for Fraser McReight to debut off the bench and Daugunu has been lost in the shuffle of the outside backs.

There are debuts or potential debuts for 2019 good news story Feao Fotuaika starting at loose-head, and Fraser McReight and Isaac Lucas off the bench. 2019 recruits Bryce Hegarty and Sefa Naivalu get the nod at fullback and wing respectively.

It seems the monster ball approach of the trial has been dispensed with, with Jordan Petaia bringing better passing to the 13 spot in a swap with Chris Feauai-Sautia. Look for Duncan Paia’aua off the bench to slot in, especially if Hamish Stewart struggles being the sole attack creator.

The Highlanders have put a very strong team out on the park for this game, after working a few players back via limited minutes against the Chiefs. All Blacks Aaron Smith, Shannon Frizell and Waisake Naholo come into the starting 15, along with regular 7 Dillon Hunt.

The bench looks strong too, with the likes of Matt Faddes and Marty Banks looking for their chances in the back end of proceedings. 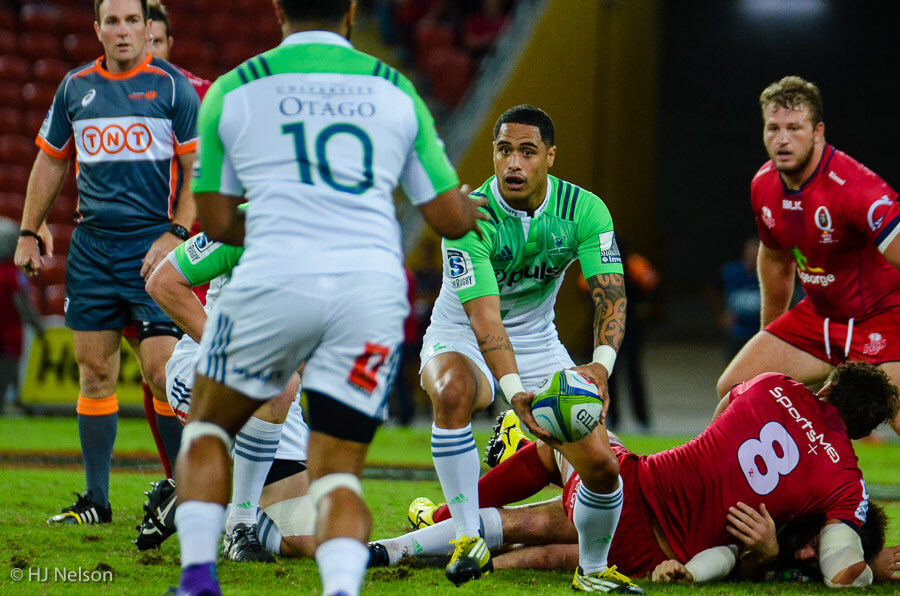 The pressure of Aaron Smith’s game is an important part of the ‘Landers plan.

Moses Sorovi/Tate McDermott v Aaron Smith – I see the Red’s halfback being a bit of a two-headed monster in 2019 with both players offering different elements. Aaron Smith was superb in his 34 minute cameo last week, shepherding the Highlanders to a win. How this plays out and whether Smith wins the mind game will determine the quality of ball to the Reds backs.

Liam Wright v Dillon Hunt – The Reds as a unit struggled against the Chiefs both in disrupting their ball and in their attacking breakdown accuracy. They will need to be much better against the backrow of the Highlanders, and Wright has to step up. With the loss of George Smith and the failure to sign rumour mill specials Sean McMahon and Liam Gill, it may be the only weak link in the Reds pack. If they are to be a chance, Stewart needs good ball and pressure needs to be applied to the ‘Landers.

Hamish Stewart v Josh Ioane- This is a real test for both players. Clearly, this is now Hamish Stewart’s spot to grasp for his own and the next 100 games if he wants it. Off-season moves by Brad Thorn proved that much. Josh Ioane steps up into a full time role with the departure of Lima Sopoaga. Ione played well last week, and went 6 for 6 with the boot and has the veteran head of Smith inside him. Look for the measured play of Stewart against the more livewire activity of Ioane to be a highlight. 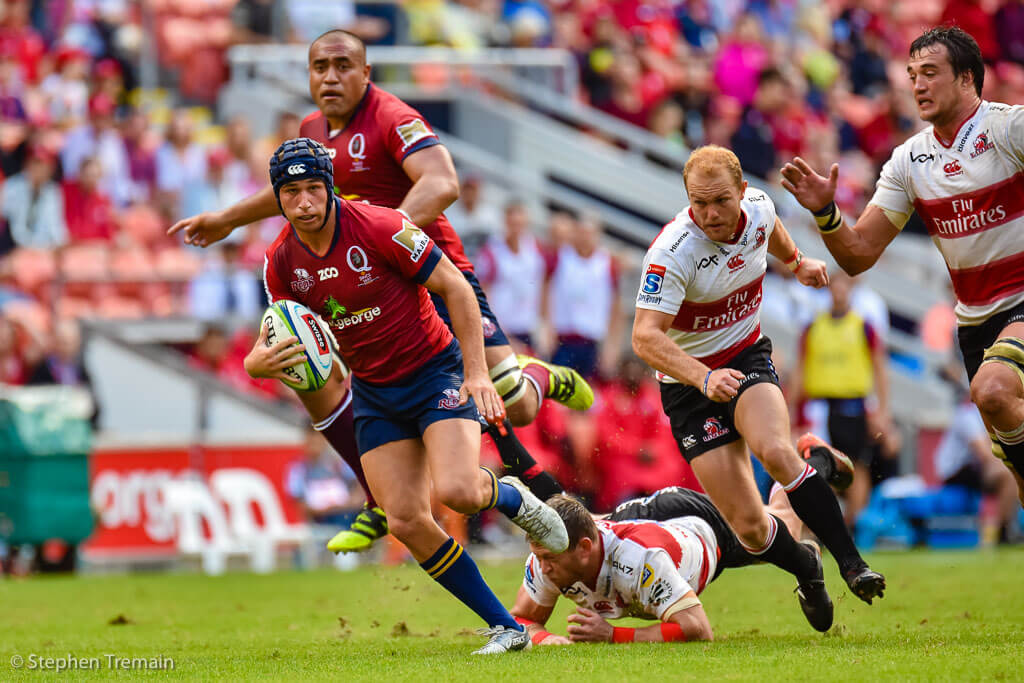 This is Hamish Stewart’s team to lead now.

The fact that it is a home game is enough to make me tip the Highlanders. Add in the fact that they have played a game already and the Red’s dire record against NZ teams and as much as I would like it to be an upset, I don’t see it. The bench quality of the Highlanders adds to the equation.