2017 is shaping as an interesting season for the Brumbies as they adjust to life without a number of stars. There has been over 500 games worth of Super Rugby experience depart the side in some key positions leaving them in a similar position to the start of the 2012 season. Add in the unlikely participation of Christian Lealiifano as he recover from recent illness and there would be cause for concern.

However, not all is lost as those stepping in to fill those shoes have experience under their belt when you see names like the Fainga’a twins, Kyle Godwin and Chris Alcock have over 300 caps between them. Whilst not the same level of experience of those leaving or taking a break, it lessens the blow somewhat.

The one area that could be their undoing is their inexperienced halves combination. The Brumbies were rocked with Lealiifano’s diagnosis late in 2016 that left them scrambling to find cover with most contracts already locked in for 2017 and settled on Wharenui Hawera from Southland after winning the battle with Isaac Thompson during the pre-Christmas training block.

Things got worse during the Waratahs trial when Argentine international Tomas Cubelli ruptured his patellar tendon and will miss the majority of the year. It also rules out any chance of Cubelli participating in the Brumbies vs Jaguares in his hometown of Buenos Aires.

This situation means Joe Powell, with just 11 Super Rugby caps to his name, will have to step up and shoulder the load in the scrum half spot with only Ryan Lonergan and newly announced replacement Dewet Roos from the Rays NRC team as his backups.

This injury came after Lausii Taliauli suffered an ACL injury in the opening trial of the year and would have been one of the front-runners to replace Joe Tomane, who headed to Montpellier and leaves the backline looking rather inexperienced.

The backline will contain a new look 9-10-12 combination with Powell, Hawera and Godwin so expect Henry Speight and Tevita Kuridrani to lead the way. Aidan Toua will need a big year to keep his place at fullback with Tom Banks breathing down his neck for a starting spot.

The forwards, however, still have Wallabies experienced players littered throughout so I expect a forwards dominated style of play from the Brumbies in the early stages until they can bed down those new combinations.

Sam Carter has been named as co-captain and he will have to lead from the front with names like Scott Fardy, Scott Sio, Saia Fainga’a and newly capped Wallaby Rory Arnold to share their experience with the newer players in the group. 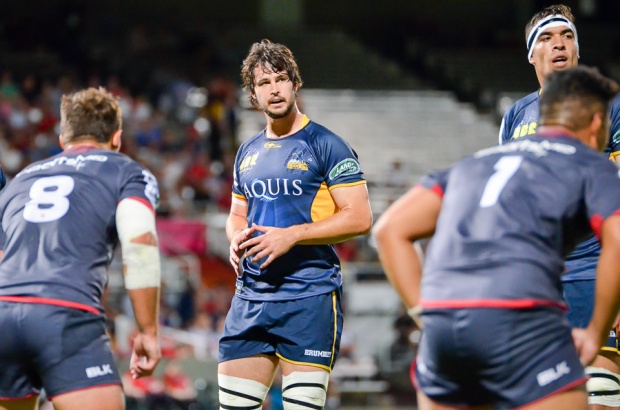 Filling David Pocock’s shoes is always going to be a big task but the backrow has a number of players who could slot in. Scott Fardy will lead the way at blindside but they still have the likes of Jarrad Butler to occupy the 7 jersey with Ben Hyne and new signings Chris Alcock, Lolo Fakaosilea, Tom Cusack and Rob Valetini waiting in the wings to step up if required.

Off the field, this season is shaping as head coach Stephen Larkham’s last year in charge before he takes over as full time assistant coach for the Wallabies with the Brumbies hopeful of naming his replacement shortly.

There are a high number of players off contract at the end of 2017 so knowing who the new coach could aid in re-signing a number of those players with a few of those names already rumoured to be looking overseas after 2017.

There is also the added distraction of the future of the Super rugby competition in the background so the Brumbies will be looking to do their part in ensuring their survival in any future plans of Super Rugby.

A new CEO is also on board for 2017 so hopefully there is no repeat of the off field problems which plagued the Brumbies in 2016 and ultimately affected their bottom line.