Match Analysis: How the Chiefs wrecked the Brumbies 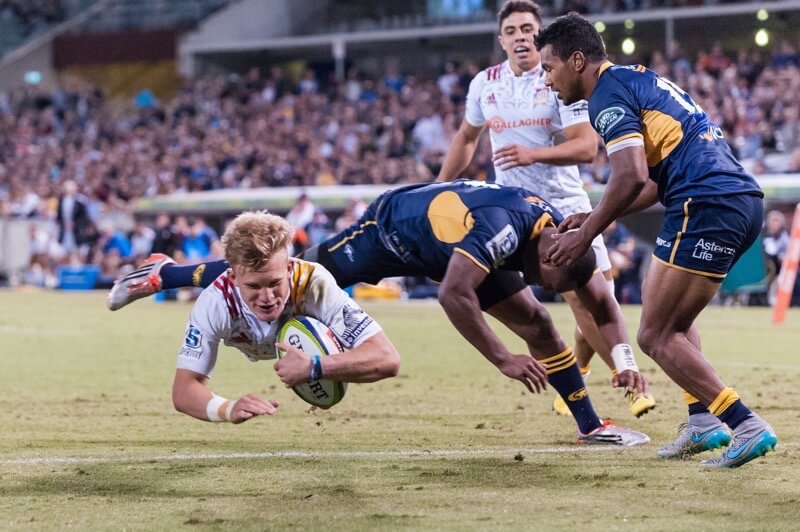 Images by Tim Anger Photography
Match Analysis: How the Chiefs wrecked the Brumbies

If anyone had been in doubt about the Chiefs title credentials then the manner of their victory over the Brumbies must have been one hell of a wake up call.

Behind the Stormers (56) and the Sharks (71) the Brumbies defence was one of the most unforgiving in the tournament with only 88 points conceded from 5 games. They’d averaged around 90 tackles missing (on average) 15 a game, for a try conceded average of 2 per game. As we all know, defence coupled with arduous and intelligent attacking play is the template championship winning sides are built on, it’s also the exact blueprint of the Brumbies.

In stark contrast the Chiefs had racked up 200 points in 5 games, at a rate of 5.6 tries a game in a high tempo, fling the ball around, loose style that had also seen them concede 117 points. Basically they’d just outpaced their opponents to the finish line.

Against the Brumbies teams need to score 1 try for every 7.6 missed tackles, translating every 8.75 clean breaks into a score. The Chiefs however were so clinical they scored a try every 3.1 line breaks (they made 19). 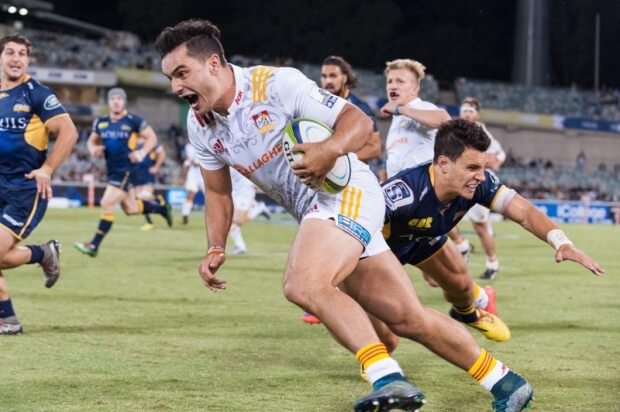 How did that happen? The first thing to look at are the Brumbies tackle stats:

Shooting forward a week to round Six the Brumbies made 73 tackles well under their season average, but with tackles missed totaling 22. That’s 7 missed tackles more than their average and a drop in their tackle completion rate to 70.10%.

So clearly there must be an issue with the Brumbies defensive system that the Chiefs exploited?

Well, kind of, they never really got to use it.

Fox Sport’s Greg Martin said the way to beat the Chiefs is to attack the breakdown. Why? Well they have the quickest recycle rate. They sure do, they also have a high recycle rate, 94% success so it’s unlikely you’re going to beat them there. Besides, recycling is not really where the Chiefs scores come from, they don’t build scores though phases, they just, well, uhm, score when you give them the ball. 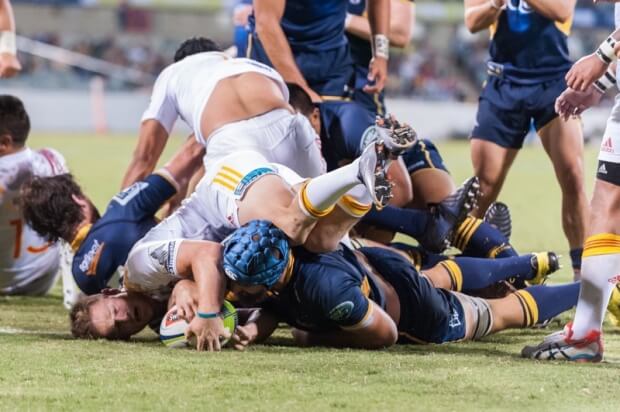 To illustrate this let’s look at how the scores break down phase wise:

Chiefs kick chase, turn over in Brumbies half. Chiefs counter and score – no missed tackles. 1 Phase (could be counted as 0)

Chiefs chip and chase in own 22 – 3 missed tackles in sequence of play. 2 Phases

So we can see:

Let’s consider that last point? 6 tries off 13 phases, and 6 of those phases were used up in the final try (scored by McKenzie). That leaves 5 tries from 7 phases. When we talk about taking your chances, and being clinical in attack that’s a perfect example of it. It is as clinical a strike rate as you’re going to get. 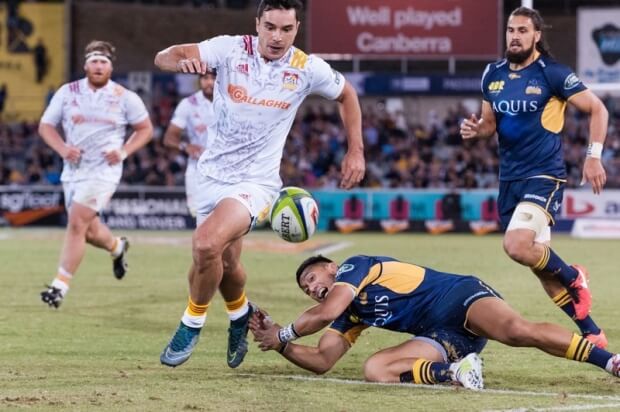 The Chiefs are often touted as one of the most intelligent teams out there, their understanding and pushing things like the ruck laws is second to none, but those things whilst making things hard for the opposition don’t really win games.

Rennie and co understand that the way to unlock a good defence is don’t let them defend. Taking the All Blacks blueprint and Turbocharging it, moving it to a whole other level with a focus on individual skills, excellence in finishing and exceptional fitness levels that allow them to not only play a high tempo game for 80 minutes, but also still be fresh enough to strike when ever the opportunity may arise.

So by being patient and attacking the Brumbies when there is no structure in place they removed the element of ‘structured’ defence from the equation and the Brumbies game. It then became a case of backing their individual skills and execution against the isolated Brumbies defenders in a 1v1 or 2vs1 situation.

Of course it doesn’t take a genius to know the Chiefs like to counter attack, but these are ridiculous stats, showing exactly how clinical they actually are, when the opportunity arises they just don’t miss.

A lot of teams will have been watching this game with interested eyes, to see how the Brumbies dealt with the Chiefs broken field Rugby. It will be interesting to see over the next few weeks how many can learn from others inability to shut down that counter attack game, and adjust their own defence enough to re-balance the strike rate towards something more acceptable.