I'm going to start this thread with a post on renewables. And just a warning: if you start making this a political battleground, I will give you the frowning of a lifetime.

So put your big girl panties on and listen.

If any of you dopey buggers just happen to watch The Project on Channel Ten (Waleed Aly etc) there just might be some boof headed ex-prop-now-coach-of-a-Subbies team on there nerding it up to the shithouse about something that may his newly installed Tesla Powerwall.

To the best of all our knowledge, its the first domestic installation in Australia, and maybe one of the first in the world. So, for a day or maybe a week, I am King of the Nerds, and don't any of you fucking forget it!

STOP TAKING AWAY ALL THE SUN'S ENERGY ASSHOLES!!!

no wonder it's so bloody dark here

Bills to pay, mouths to feed, now I cant even access the fuckin sun.

"Daddy, when are we going to see the sun again?"
"I dont fuckin know, why dont you ask that fuckin sun magnate c**t in Australia."

Local man takes out patent on "The Sun"

A local man has astonished the entire fucking world by successfully taking out a patent on the whole fuckin' sun.

"Henceforth and forever thus any resident of planet earth exposing themselves to the sun now owes my client I mean the local prick in question $20 bucks a minute. Nah fuckit, make it $50".

"I'm sending my nephews around in the white ute" continued Judge Gunston. "To extract payments in arrears. From everyone. Door to door. Then we'll start on the beaches. No pressure though, just pay as much as you can afford. If you're a bit short, don't worry. They'll be back the next day at dusk. And every night thereafter. Forever."

"Your mothers sick? Haha, probably skin cancer. Should've stayed out of the sun. PAY UP."

Staff member
I thought this guy was The Sun King? 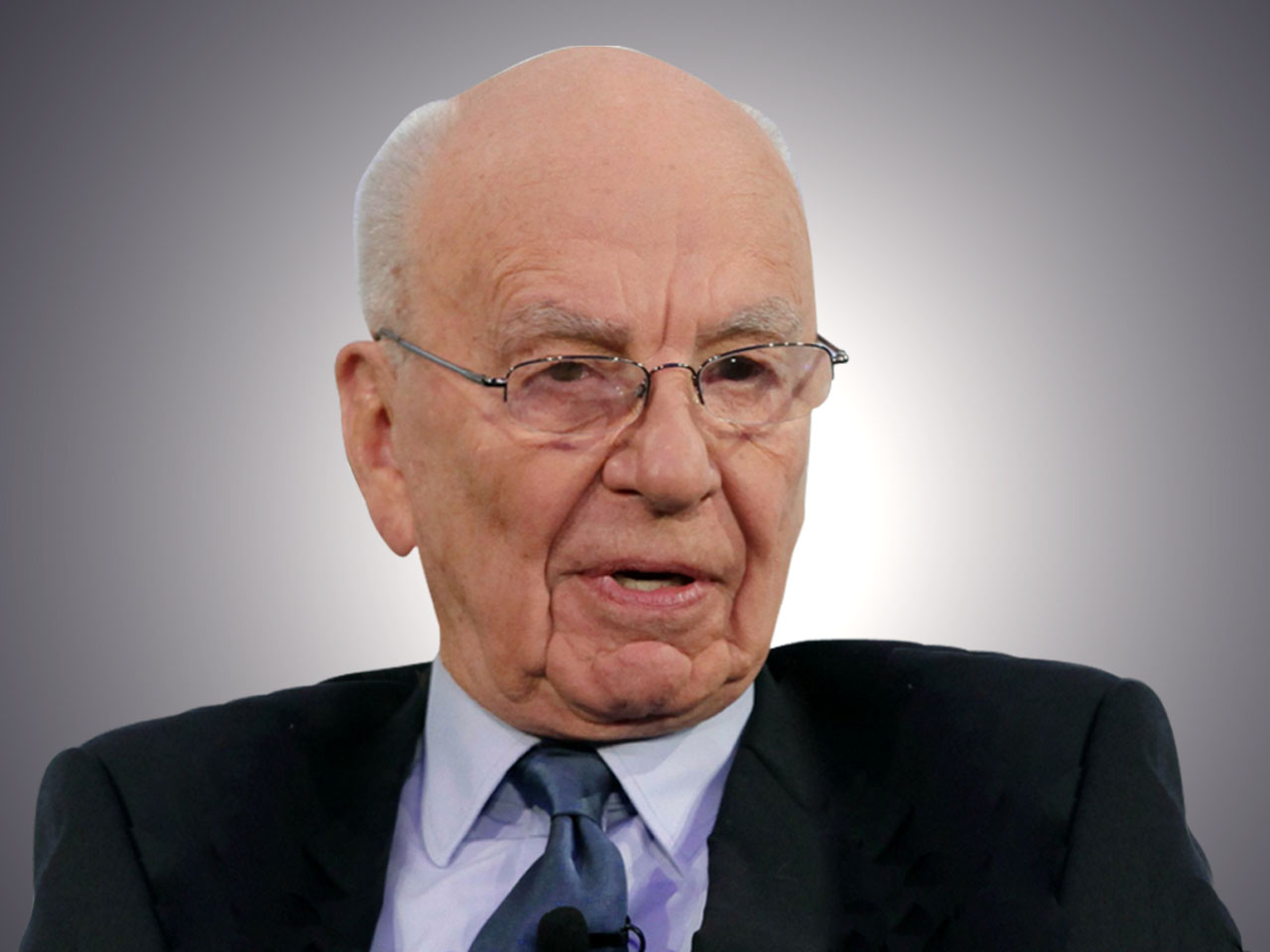 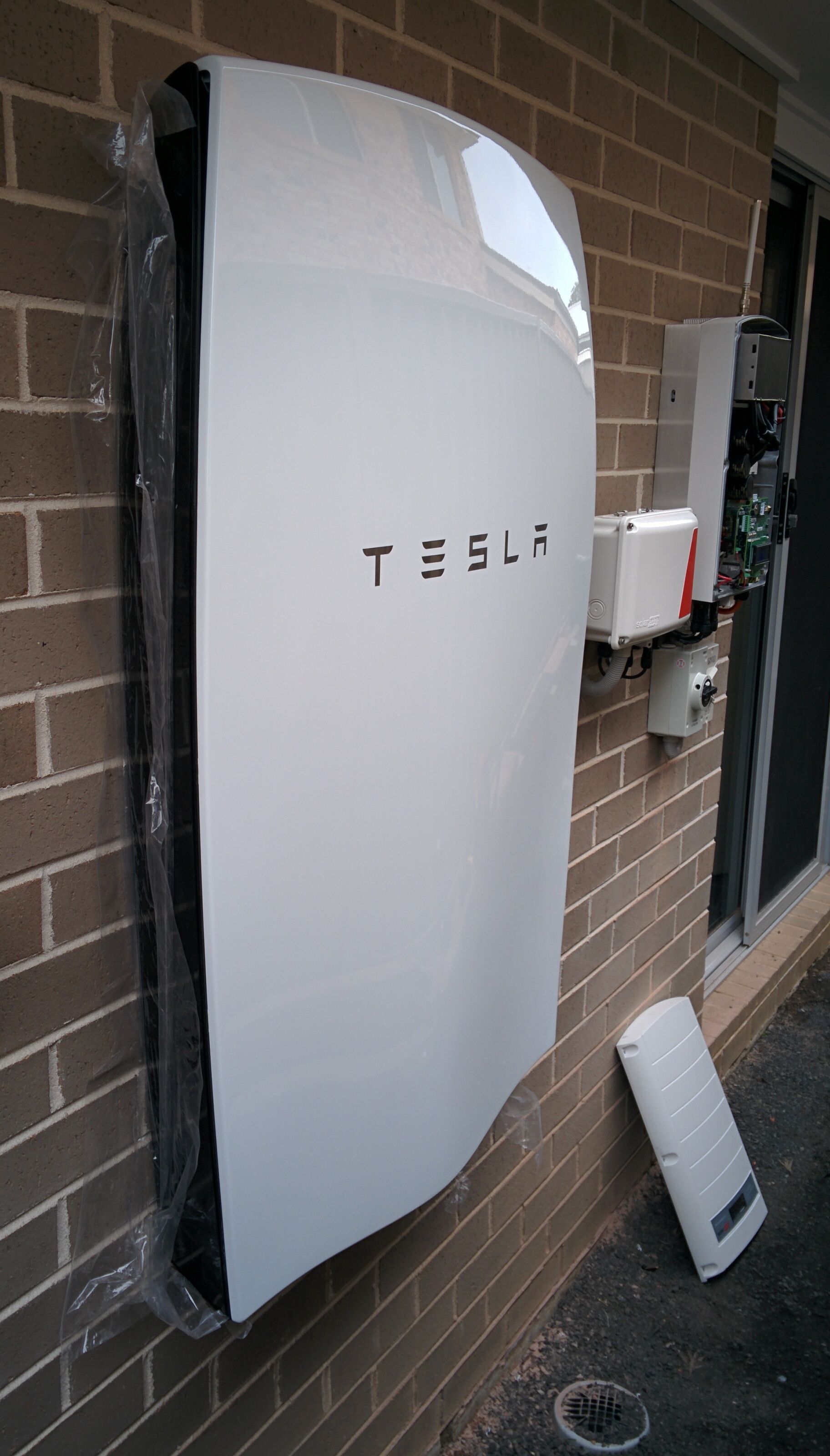 Musk and I are bros now, BTW. 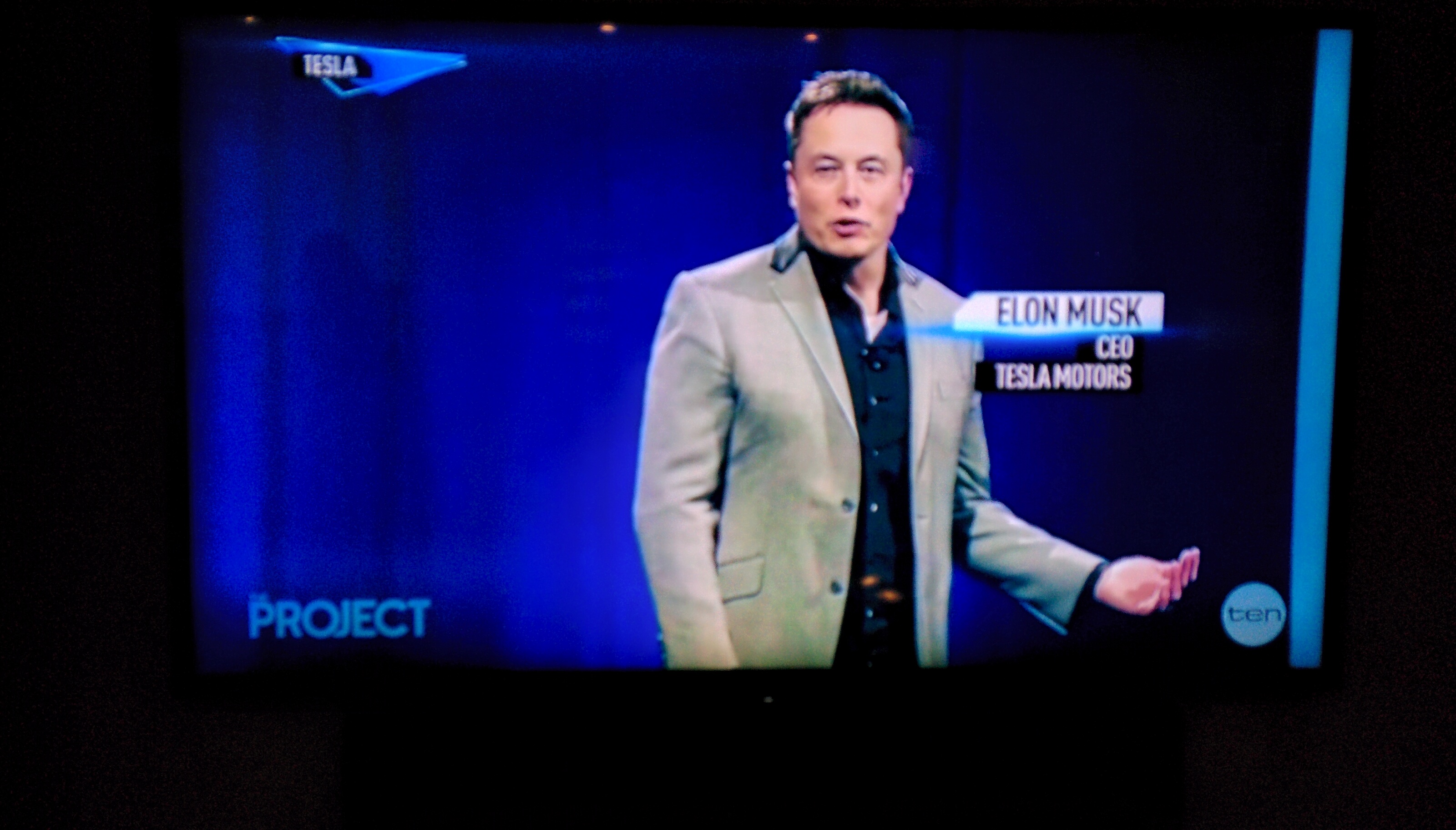 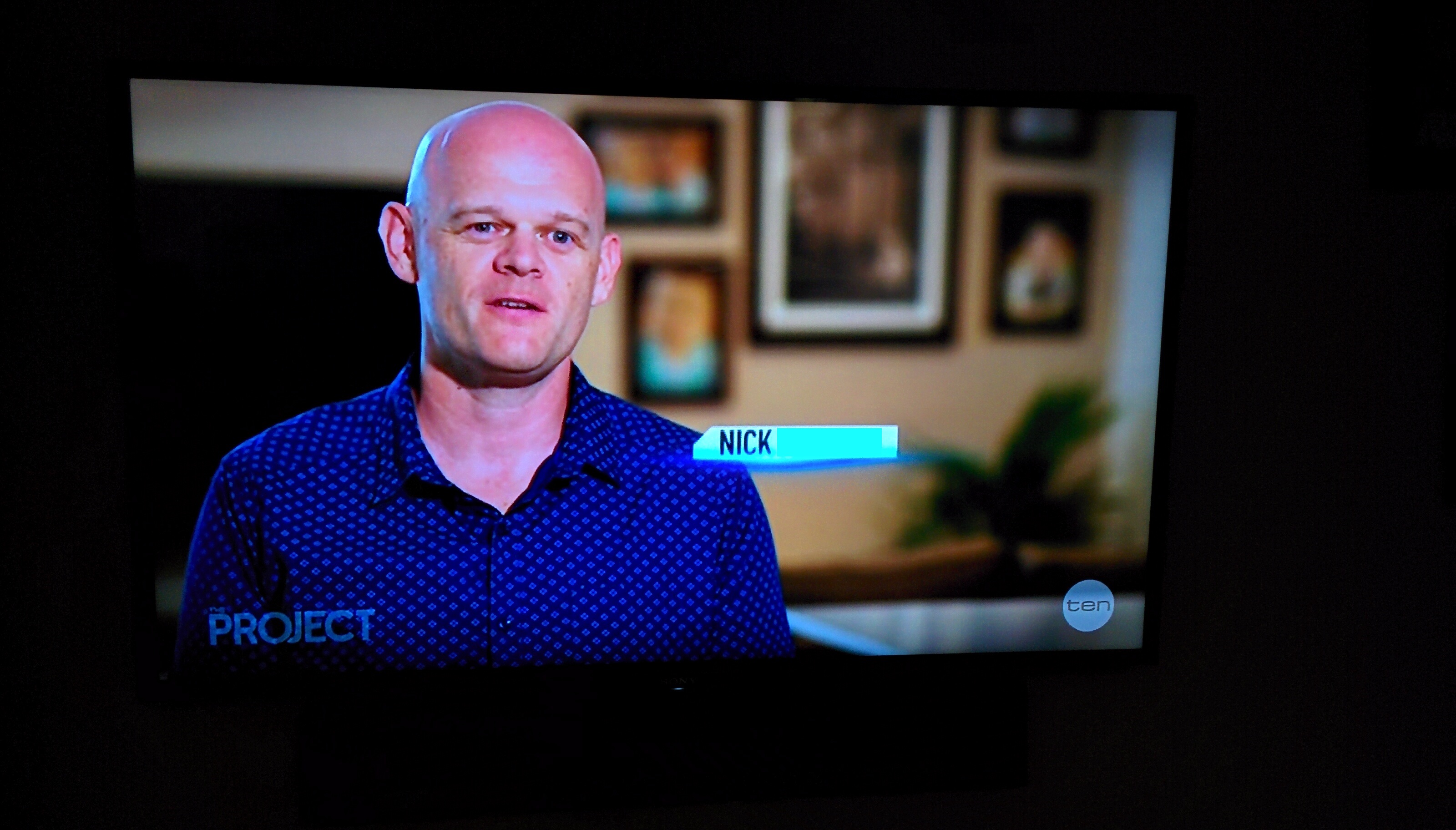 See us both there? Evangelising n shit 'bout the solar powers and electrons? Seriously though, good story. Did it say break-even time was 10 years ?
Some of the stuff I have read has said 20 years ?

He can afford them.

HJ Nelson said:
Seriously though, good story. Did it say break-even time was 10 years ?
Some of the stuff I have read has said 20 years ?

Dunno what figures they're using, but on my current power rates - no off-peak available, the ROI is about 8 years on current estimates, considering inflation.

That gizmodo article makes a lot of assumptions about off-peak power being available, which it isn't in every case (including mine). And the pricing for the 4kW system is plain wrong, even considering the discount, and they've also decided to settle on the pricier single-phase version.

Note also that they have, at NO point, published what the kWh / day is for the "average" household they're measuring, and assume prices will never change.

So I'm going to assume they're neck-bearded, inner city hipsters living in apartments powered by kale farts and the glowing sense of self-worth they get sending money to Uganda or some shit, using only 1kWh per day because they charge their Macbooks at work and go out to eat ethically-sourced quinoa bagels drizzled with Steve Jobs' spooge for every night.

However, I need to deal with the reality of owning a fucking house, with a fucking pool, and fucking air conditioning on a 40+ fucking day, and living in the fucking thing:

My electricity currently is a tick under 23c per kWh ex GST. I usually burn about 18-20kWh per day and the system will pull about 22 out of the sun on an overcast day - based on the sample size of 1 day so far

I did the sums and against the evidence of my existing power bills, knowing that no amount of power generation can cancel out the connection fee, and came up with around 8 years on current pricing.

Remember, that's just the increase of the average price of electricity across the ROI period of x years. The longer that period is, the more likely it is to go up on average.

Further, when the guvmint decides its time to put a carbon tax back out there, there will be a massive impost on the end user that the energy companies won't want to take. Have a look at your power bill when the Carbon Tax was repealed - good win, if temporary, for consumers.


But pricks in some states are paying over 30c per kWh which is just robbery, and will ROI this shit inside 5 years.

And that isn't considering what these guys are going to do - selling power out of your storage system for more than the feed-in tariff:

At the moment I'm about to blow that ROI figure out, because I found a cheaper energy provider (Simple Energy are about 15% cheaper than Energy Australia and have 26% pay-on-time discount for NRMA Members) so that figure now isn't 100% accurate once I change over.

But for the average person it is, and valid in my opinion. I'm not sure what gizmodo's angle is there, trying to spruik figures of 20+ years, but they've got no idea what a regular house out this way goes through in power.


But once you've spent the money up front - and I had it to spend due to a minor windfall - the running costs of $2K per year out of the house kicks the shit out of using that money for my offset account.

What is the life of the unit?

P.S. if anyone is thinking of looking into this battery stuff, let me know and I'll give you the deets of who I used.

Runner said:
What is the life of the unit?
Click to expand...

Warranty is 10 years if installed grid-connected. If its off-grid, that drops to 4 I learned today.

The battery is rated to 6,000 cycles - so if you drained it every day to the bottom and filled it up, that would be over 16 years.

And, being lithium, it has a superior DOD (Depth of Drain) to other types e.g. gel.

Fucking legendary Mr Pfitz. Did you get it through your energy retailer or a Solar reseller. I know one of the electrical wholesalers I use applied for a Distribution deal but they weren't hopeful and it looks like they are only going to companies that will offer the install with the sale at the moment, and not just the unit on its own.

What are you using to monitor import/export? I've only recently put 4kW on my roof and have been meaning to get around to install an EKM Omnimeter. But for now making do with the Sunny Portal software that comes with the inverter.

I love the look of their gear.
http://www.ekmmetering.com/

Pfitzy said:
My electricity currently is a tick under 23c per kWh ex GST. I usually burn about 18-20kWh per day and the system will pull about 22 out of the sun on an overcast day - based on the sample size of 1 day so far
Click to expand...

Really? I think my usage is somewhere around that and I live in a 2br unit without air conditioning. We also barely use our dryer.

so for a dumbass like me 'where is the return'?

What I mean is, I assume you get the return for what you DON'T pay to the electricity company (cause you have solar) rather than 'what you get from them when you sell back'.

terry j said:
so for a dumbass like me 'where is the return'?

What I mean is, I assume you get the return for what you DON'T pay to the electricity company (cause you have solar) rather than 'what you get from them when you sell back'.
Click to expand...

You do get paid for exporting your power, presumably when the battery is full - look up "feed-in tarriff" for more details.

ChargerWA said:
Fucking legendary Mr Pfitz. Did you get it through your energy retailer or a Solar reseller.
Click to expand...

I used a solar installer - at present they're looking at rolling out panels + battery but will move to retrofits on the understanding that some people may need new/replaced inverters.

In terms of the monitoring, I got a SolarEdge inverter as part of the system, so I can monitor online with their website (it feeds back via wifi through my router).

22kW yesterday. Nearly 12kW so far today, including shitty overcast and a storm cell passing through. Seems to peak around this time of day (2-3PM DST) due to panel alignment I suppose.


Braveheart81 said:
Really? I think my usage is somewhere around that and I live in a 2br unit without air conditioning. We also barely use our dryer.
Click to expand...

Must be your hair dryer

That's what the bills say. The pool pump does raise it a little during summer, along with the air con. Air con also affects it in winter. But as many devices as possible are battery operated, so I'm drawing small wattage for e.g. vacuum cleaner instead of 1200+ at a time.

terry j said:
so for a dumbass like me 'where is the return'?

What I mean is, I assume you get the return for what you DON'T pay to the electricity company (cause you have solar) rather than 'what you get from them when you sell back'.
Click to expand...

Most straightforward is extending solar time:

Solar panels are great when the sun is out, or its light. But in the early morning and evening - "shoulder times" - the solar isn't going to be there.

During the day, the panels are running the house and topping up the battery. Also exporting power to the grid if there is enough left over. Generally speaking, in summer I'll be running the pool pump off the solar during daylight hours. Maybe the air con during the day to keep the house cool for the night. Depends how effective that is.

Sun goes down, life doesn't stop. The PowerWall will provide several hours (estimates depend on your circumstances) to run the house in the evening. Effectively, I'm using the solar power after the sun goes down, where a normal solar system just stops.

Once the battery reaches a low level, the system takes power from the mains. I don't have off-peak power rating on my setup, so I won't be pulling power back into the battery at cheaper rates.

In the morning, if there is any battery left, it will be used to get us to work in a similar mode. I have gas hot water and cooking, so I might even consider boiling a kettle over the stove instead!

In addition, if the Reposit Power thing works out, not only will I wipe out most of my grid usage through a combination of solar and battery, but I'll sell any leftover at a higher rate, and might even cover my per-day connection cost.