Hand position has nought to do with it, intention is the test

Intentional knock or throw forward. A player must not intentionally knock the ball forward with hand or arm, nor throw forward.​
Sanction: Penalty kick. A penalty try must be awarded if the offence prevents a try that would probably otherwise have been scored.

The "hand up" is another of the collection of "rools*" invented by football commentates along with the downward pressure or in control of the ball and a myriad of fantasy explanation they continuously rabbit on about. One of them was doing it again last night. I am sure there would be an army of pedants that would remind them every time how wrong they are and the Laws of Rugby, they either are not capable of learning or enjoy the ire.

lightning rod said:
It seems the solution to questions about the listing of players used in a game has been found
remove the icon on the results page that allows anyone to review who played
well done fools
Click to expand...

The players are listed again (sans player points). The point scorers have been included for the first time this season.
S

A question to all of the knowledgeable Sydney colts rugby people on this forum. Is it to late in the season for a player to change clubs if he is very unhappy where he is? And if so, how would he approach doing this?

You need to ask club for a release. This generally would be done by the new club GM.
L

Gee i wouldnt go to Randwick its full

Or a bit of trouble in Paradise?

You can ask , but it doesn't follow that your first club are obliged to grant your transfer. I know of cases when requests were unsuccessful.

^^^^i thought clubs could refuse transfers only in the event that money was outstanding?
S

Any results of today's games?

At least 3 players have done so already this season after round 1 was completed, most recent i am aware of was after round 4... so it happens
L 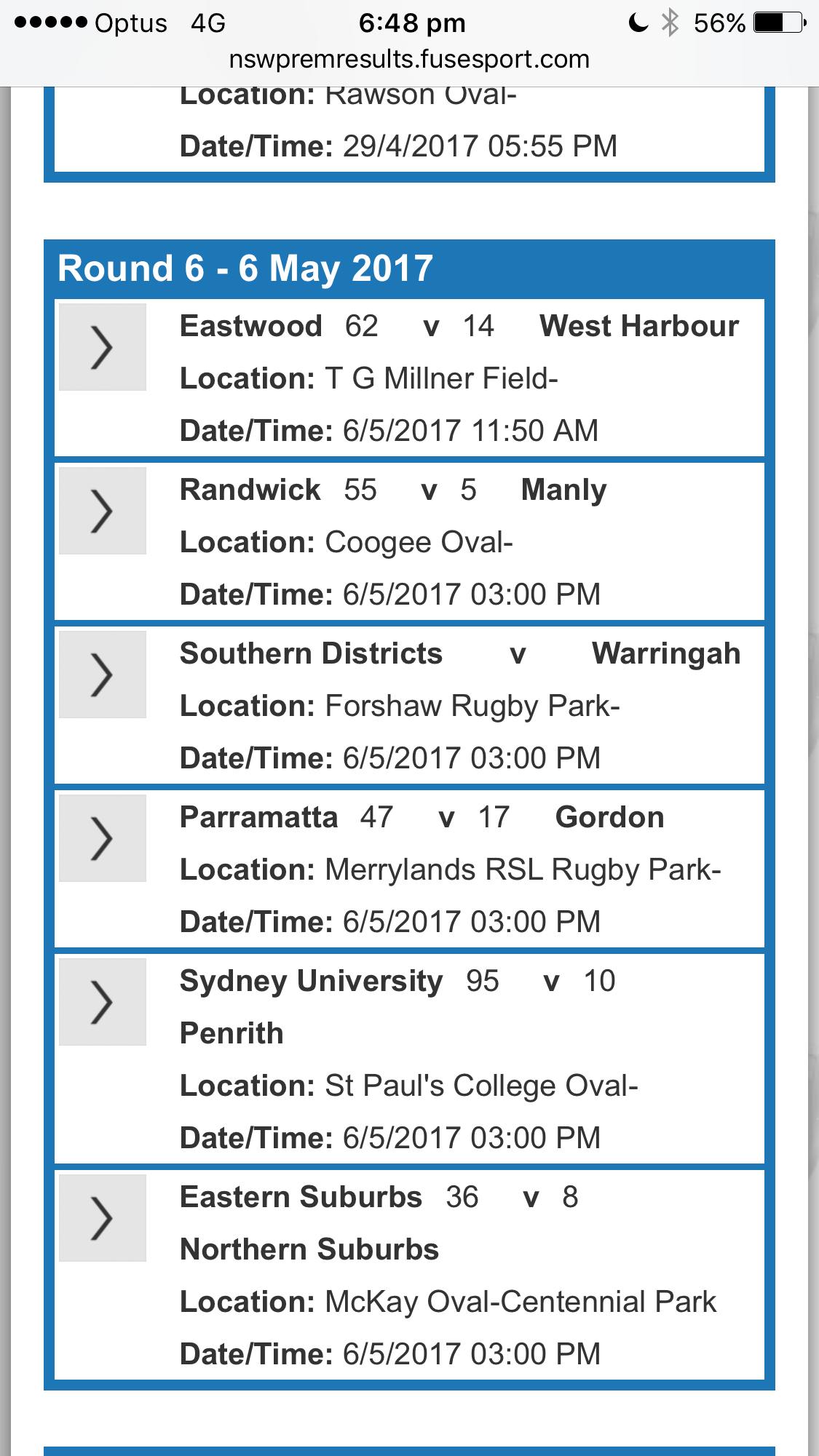 Good results for the east today,

I like to watch said:
^^^^i thought clubs could refuse transfers only in the event that money was outstanding?
Click to expand...

Correct..a club cannot deny a transfer unless the player oersoney or is suspended by the club. If a release is not approved the club where the player wants to go asks sru to approve.

Thanks and Welcome back

Its hard to wax lyrical about a 55-5 game. At 26-0 after 20 minutes it could have been a lot worse. Three of the first four tries were almost directly from Manly dropped ball and Randwick's ability to counter attack immediately. The next forty minutes did belong to Manly, the last twenty of the first half was spent conducting a focus group on scrumming.
I don't know if Randwick didn't bring that gun to the fight but once the difference in that skill set was realised the Manly captain was going nowhere else given the opportunity. This ultimately led to the referee inviting the Randwick three to take a rest for the last 10min of the 1st half.
A long distance try early in the second brought the score to 26-5
Randwick finished with a flurry of tries the final being reflective of the match. Convinced that the Manly pack had gone George Foreman in the first couple of rounds Randwick opted for a five metre scrum believing now they could drive the Manly scrum the required distance for a try. They failed....... with Manly again gaining possession against the feed, Manly lost the ball in the tackle, quick hands saw Randwick score in the corner
Manly were their own worst enemies by presenting not less then four tries through handling errors to a team of Randwick's quality

the baz said:
Norths seem to have lost there aura. I know coaches have changed, maybe new structure isnt working
Click to expand...


Norths Juniors born in 1996 were strong throughout the journey from u11-u20 I think Always in the final against Gordon (sorry I dont remember who won which)
those born in 1997 were never as strong if I recall correctly probably needing a bit of bulk. Coaching wont fix this.