Even more unfortunate was the Wallaroo performance. The pack was fine, although Masters' lineout throwing wayward, which is unforgiveable v the smaller Japanese lineout. We monstored the scrum but didn't use the dominance well. Backrow was terrific as always.

The issues began at 9. Batibasaga's delivery was really poor, as it was last week, which is a shame as her experience is a key factor in her selection. But she put McKenzie under all sorts of pressure. And that cost us.

But why we persist with a wide and deep backline alignment when, not only can our team not pass accurately to any great width, we actually have a team designed to play narrow and flat.

McKenzie (a Randwick player) has fantastic ball skills in traffic and likes to take the ball to the line. With a big flyhalf at 12, in Piliae-Rasabale, and then the likes of G-Fred, Murphy and Wong running lines, we'd be a much better attacking force and, likely, more clinical. We turned over so much ball and so much was because we were playing with these wide loopy passes against a much smaller and mobile pack, who were exactly what we weren't - clinical.

I feel like Murphy is a better option at fullback but her poor defensive read is perhaps a reason why she isn't there.


Despite her scrum dominance, I think Karpani is better from the bench however Schuck was terrific. A great shift by the locks too. As said, Hamilton and Parry were enormous.

Oh well. On to the next game 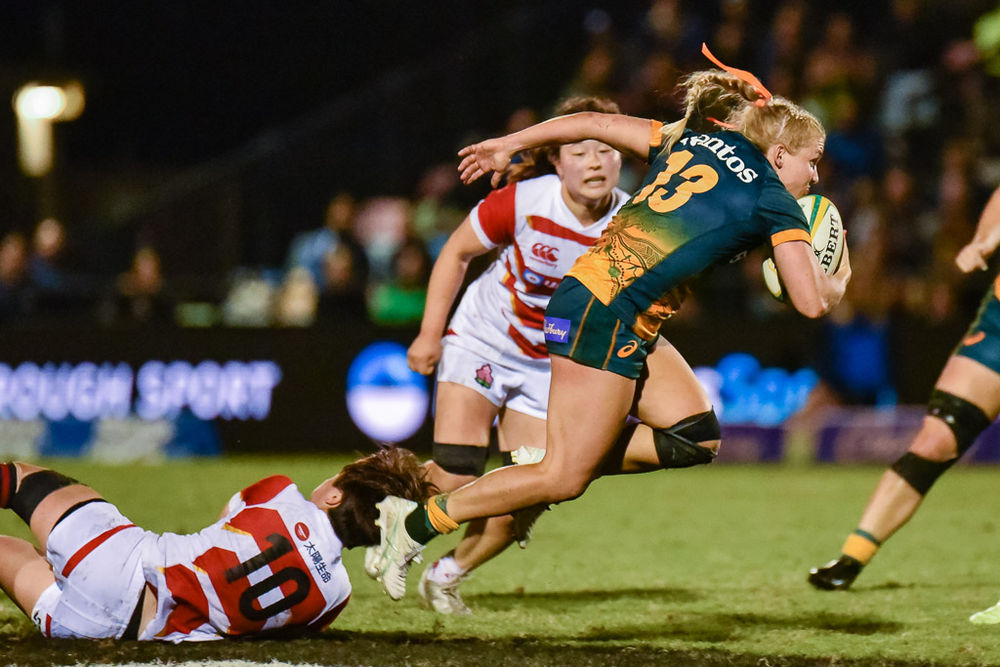 Japan score a clean sweep against their 'Road to New Zealand' opponents ahead of the RWC 2022 in New Zealand. Japan scored a 12 - 10 against the Wallaroos at Bond University, after earlier beating both Fiji and Australian Barbarians The Wallaroos wore their Indigenous design jersey for the match...

RugbyReg said:
The issues began at 9. Batibasaga's delivery was really poor, as it was last week, which is a shame as her experience is a key factor in her selection. But she put McKenzie under all sorts of pressure. And that cost us.
Click to expand...

McKenzie at 10 also wasn't at her best. The between-the-legs pass leading to the intercept was a classic transfer of pressure rather than taking the ball and resetting.

TBH I think winning on that penalty would have been a bit of papering over the cracks. Against a fit and committed defence, we weren't good enough, and everyone in the setup needs to know that.
You must log in or register to reply here.
Share:
Facebook Twitter Reddit WhatsApp Email Share Link
Top