Where to for Twiggy Rugby?

So the inevitable has come to pass.

This is the thread for watching it unfold and for breakaway supporters and detractors. Flash in a pan? Or a bold future?

x 6 team comp expanding quickly to 7.
x structure to be announced over the next few days
x teams include parties who have approached in order to be involved
x a "surprise" in that list
x centred on the the population and economic centre of the Indo-Pacific
x Out of respect Force players not yet contacted directly

"I assure you this is a bad day for the ARU, and a great day for Australian Rugby".

The NSW NRC teams aren't a fan of the NRC / the ARU at all. They would definitely be interested to hear Twiggy's proposal at the very least.

It'd provide a very clean pathway from Shute Shield to semi-professional rugby (Twiggy's breakaway), and if the competition was held alongside Super Rugby they could technically participate in both competitions.

Considering the Rebels and the ACT were spared by the ARU, I think they'd be hesitant to join and lose favour.

Regardless, they could still enter their franchises utilising local players / Super Rugby squad players to participate throughout the Super Rugby season. It'd provide the same above pathway, if you replace SS with local competitions.

Utilising the 10 teams above as the upper limit for participation:

+ Twiggy could allocate $500k per team per year in the competitions infancy to assist with operations. ($5 mil per year capital outlay for Twiggy)

If we assume ~5x the average Super Rugby crowd in Australia are interested, and this numbered is bolstered by pubs / clubs across Australia, we could assume that 50,000 purchase the year long subscription.

+ Teams would take all gate, which would help finance their operations, and would be able to procure some level of sponsorship.

With the above, each team would have access to approx. $1 mil per year, $500k of which may be able to be spent on player payments.

This equates to an average of about $17k per year, which is reasonable for a semi-professional competition, given that such remuneration is only for the non-NRC part of the year.

They'd also get access to a semi-professional environment, S&C, exposure to contracts etc.

Of course, as the competition grows in popularity so too would the revenue from the League Pass, sponsorship and the gate.

Obviously thats over simplified and the real costs would be quite extensive but a solid competition is not out of the question.

It'd also provide the ARU a good exit from Super Rugby when it inevitably dies.

Too many teams from the wrong timezones...

I would think the AP Dragons in Singapore and a team in Hong Kong would be in the initial six.

Mr Twiggy, if you’re reading this, please can the Auckland Blues please join your competition please? I promise they won’t cause too much trouble results-wise. Even against new teams they pretty much don’t know what the hell they’re doing most games. In their last match they lost to a Japanese Burn Clinic Midwives XI by 50 to nil.

Just had a look at a map of Aus for pretty much the first time ever and holy shit Perth is a long way from anything. Next big city, Darwin, is about 300 million Pitcairns furlongs around the coast there.

ps W.A is bloody HUGE. About same size as Qnld, Vic and NSW combined? Secede from the union! Fuck em and take the mining with ya!

Security would need to be looked at but PNG would be a place to look. It is very league orientated but it is a space waiting to be filled.

I think this can do? Since this will happen around Feb-May, it won't affect Mitre10 or NRC or the June test window

Certainly not a bad idea to run a rugby competition (a business) by a businessman.

"The time has come," the Walrus said,
"To talk of many things:
Of shoes--and ships--and sealing-wax--
Of cabbages--and kings--

Anyway, it is doubtful it will come to anything. There will be no rugby comp that is not sanctioned by ARU and IRB, but it is all giving Twiggy some newspaper space.

I mentioned on the other thread, what's the chance of Jack Ma being involved due to his massive support for rugby in China. Two teams maybe, one from HK and one from Shanghai?
Both places are Expat Central.

Keep the ball in play: 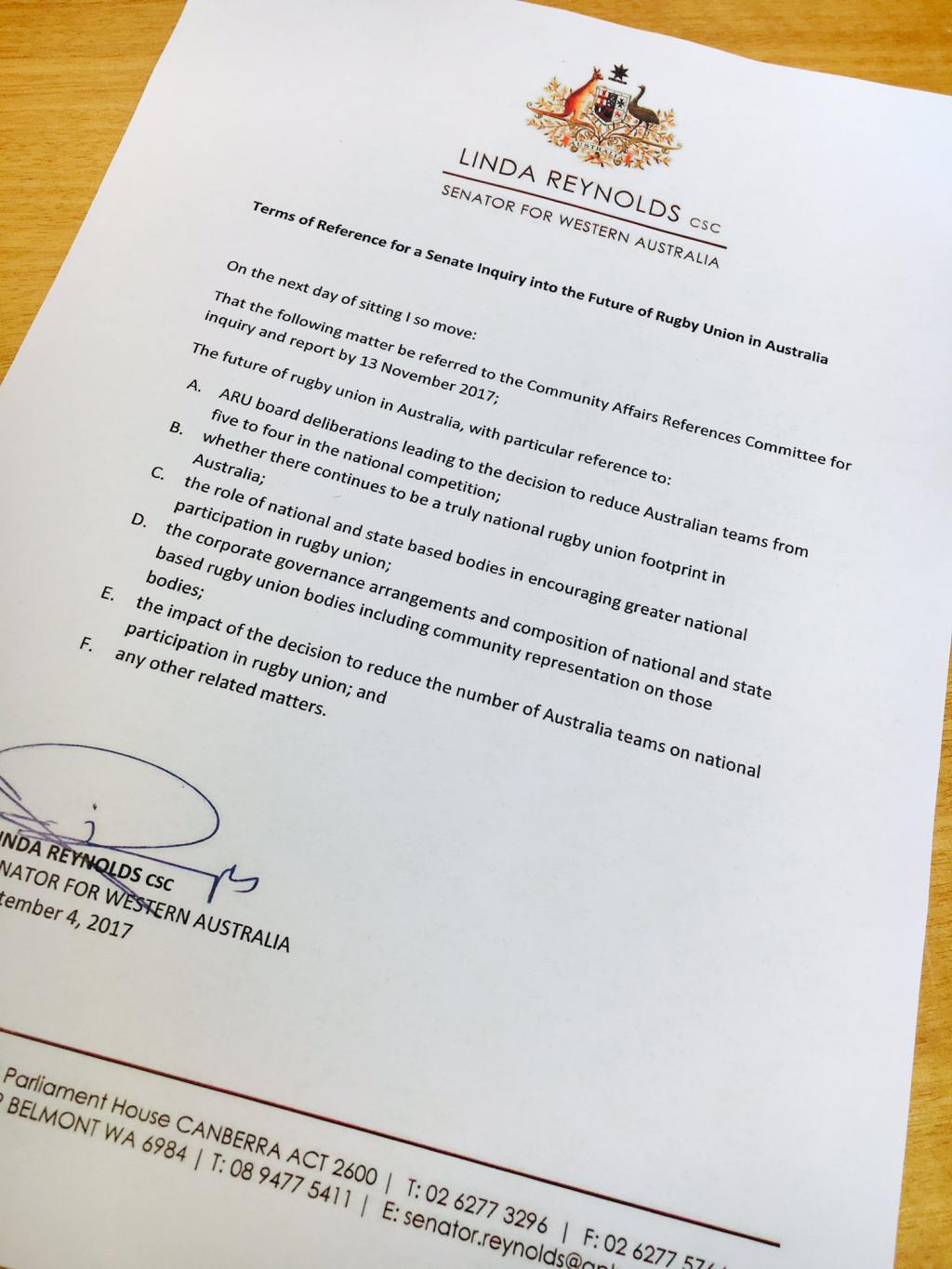 What powers does a Senate Inquiry actually have?

In the words of Justin Marshall: "boomfa".

I thought that Twiggy came back from Adelaide with ARU acceptance of him doing something wrt a Force comp. Also Twiggy said they were in contact with ARU Directors.

AT this stage I don't think he's suggesting a breakaway from World Rugby. Still we are reading tea leaves for now.

Micheal said:
What powers does a Senate Inquiry actually have?

In the words of Justin Marshall: "boomfa".
Click to expand...

They can require attendance, interview under oath and require documents to be provided.

Generally they won't use those powers though.


What is rugby as sanctioned by World Rugby/ARU?
Is it the rule book? Change the rules slightly. Still looks like rugby, but is it World Rugby's game?
The players will follow where the money is. If Twiggy's comp offers more money they'll be there, with or without being able to present their country. All the Southern Hemisphere players in Europe are testament to that.

We would be likely to see a couple of NZ teams plus a couple of South Africa teams. Islander team/s. Chinese team. Maybe a South Australian team.


Sent from my SM-G928I using Tapatalk

p.Tah said:
What is rugby as sanctioned by World Rugby/ARU?
Is it the rule book? Change the rules slightly. Still looks like rugby, but is it World Rugby's game?
The players will follow where the money is. If Twiggy's comp offers more money they'll be there, with or without being able to present their country. All the Southern Hemisphere players in Europe are testament to that.
Click to expand...


Well I not suggesting it has to be outside, but no way a rebel comp will happen, Twiggy's $50 mil isn't going to cover anything in a good comp.
I am assuming it will be worked under ARU umbrella, for insurance etc etc it would need to be as well as refs. For it to happen it will need a broadcaster to be interested in showing it, and for that to happen there will need to be enough name players involved. I really hope that it can happen, but just being a little realistic! Even to get it up Western Force I imagine would need at least 5 mil a year to operate(minimum) and so another 5 teams will need a lot of support too . Still we can only hope/dream!