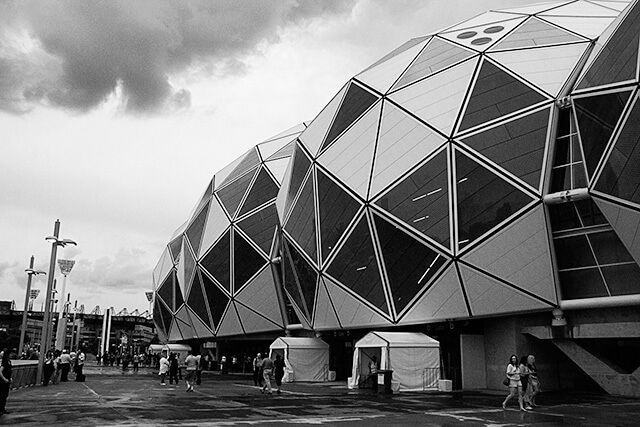 “A highly entertaining game of rugby between two quality teams that went right to the final whistle…” That’s the sort of introduction I has hoping to write about tonight’s game; the reality was somewhat different.

The Rebels hung in valiantly until half time, heading into the sheds just three points in arrears. After half time they were completely dominated by a far superior and better coached Crusaders outfit.

After three minutes it was three – nil to the Rebels, courtesy of a Jack Debreczeni penalty goal.

It took until just the seven minute mark for Seta Tamanivalu to cross the chalk and put the visitors in front after he received a long cutout pass from Ritchie Mo’unga. Mo’unga missed the conversion attempt from the sideline.

A few minutes later, Reece Hodge awkwardly thrust out a hand to knock down a pass. Referee, Nick Briant had no hesitation in pulling the yellow card from his pocket and rightfully sent Hodge to the sin bin.

Melbourne lad, Pete Samu burst through some suspect defence to get the Crusaders close to the Melbourne line. Owen Franks made a quick cameo at scrum-half throwing a beautiful pass to hooker Andrew Makalio who crashed over the top of Marika Koroibete to score in the corner. Mo’unga again missed the conversion but the score was out to 10-3. It was starting to look like the Crusaders might run away with the game considering the amount of attacking pressure they were applying to the Rebels defences.

However, the Crusaders would have to play out the balance of the second half a man down as first Matt Todd and then David Havili felt the wrath of the cheese, both for professional fouls.

The Rebels earned a piece of luck after the Crusaders gained a turnover, scrum-half Mitchell Drummond spilled the ball into the path of Reece Hodge. Hodge toed the ball through and regathered with a clear run to the line. Debreczeni made no mistake with the conversion and the scores were level at ten points each.

A real blow to the home team and potentially the Wallabies came at the 38 minute mark of the half when Will Genia limped off with what could be a medial ligament tear. A scan will be required but the early diagnosis does not look good and will likely see Genia out of the June test series.

The half ended with Mo’unga successfuly slotting a penalty to put the visitors ahead 13-10.

In fairness and despite being a man up for nearly twenty minutes, the Rebels were probably lucky to have been only three points down. The Crusaders looked obviously stronger, they had the bulk of possession and territory but had been unable to finish off a lot of their good work.

With Genia off the field the Rebels seemed to lose all direction and organisation. The grit and character they had shown in the first half went missing and, not for the first time this year, were completely ineffective in the second half as the 2017 champions piled on the points.

In the 44th minute a Ryan Crotty cross field kick was taken by Tamanivalu over the top of Jack Maddocks, “a speccy” to use the AFL parlance. Tamanivalu hit the ground running and fed an inside pass to a smiling Makalio who cruised in near the posts for his second try of the evening. Mo’unga had no trouble with the conversion and the score was suddenly 20 – 10.

The remainder of the half was all one-way traffic with the Crusaders running in another five unanswered tries, a couple of which looked ridiculously easy.

Mr. Briant mercifully whistled full time with the Crusaders in front 55-10, ending a 42 – 0 second half masterclass.

There have been some real improvements in the new look Rebels play this year but they have a long, long way to go before they can even joke about knocking off any of the better teams. They will need to regroup in a hurry if they want to have a chance against the Brumbies in Canberra next Saturday night.

Will Genia cops an earful from Ritchie Mo’unga

Losing Will Genia in the 38th minute put an end to any Rebel resistance.

Any number of Crusaders could have been MOTM

A number of Crusaders could have shared the honours, especially their backrowers. I’m giving Man of the Match to Number Eight, Jordan Taufua for a powerhouse display.

Some hard work from LT

Lopeti Timani had a couple of strong runs in his half hour. Will Genia may have injured himself out of the June test series.