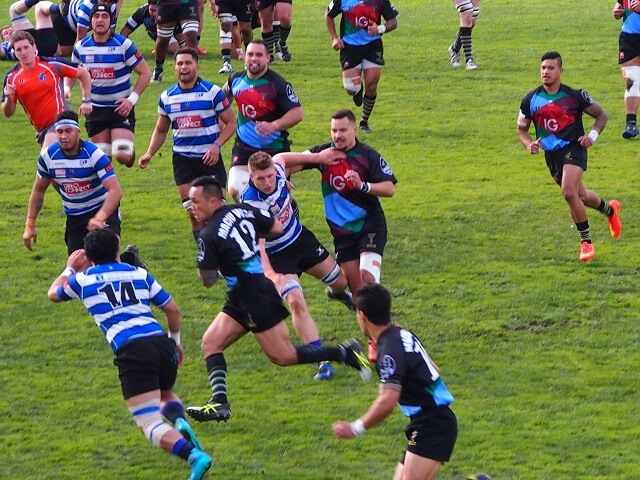 The third Dewar Shield win in a row came with ease for the defending champions with the game a one sided affair. The Students didn’t rise up to the expectations of a Grand Final and missed bringing to an end the 48 year drought.

The teams before the game

The game saw a Harlequin dominance through and through, with a total of eight tries to nothing, the defending champions obliterated the challengers form on the field. Quins defence was relentless and the students were unable to find any space. The huge amount of work done by the Quins forwards allowed their backs to have a fest in the second half, where the game was almost entirely played in the Students’ half. 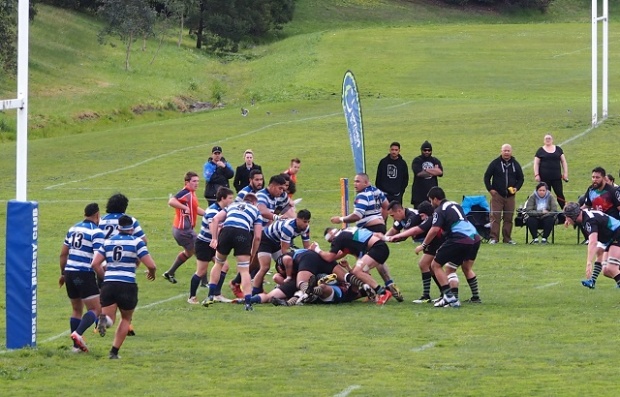 Harlequin moved the ball at ease during the game

In perfect conditions at Box Hill’s ground, the game started with the Students in attack, after just three minutes referee Oliver Kellet awarded a try to Melbourne Uni, which inside centre Taiso Silafai-Leaana slotted for the first 3 points of the match.

Harlequin answered back with a Anipaterce Vaele try straight after that and from that point the defending champions never looked back. The three pointer was the only occasion the brought the game into Harlequin’s half. 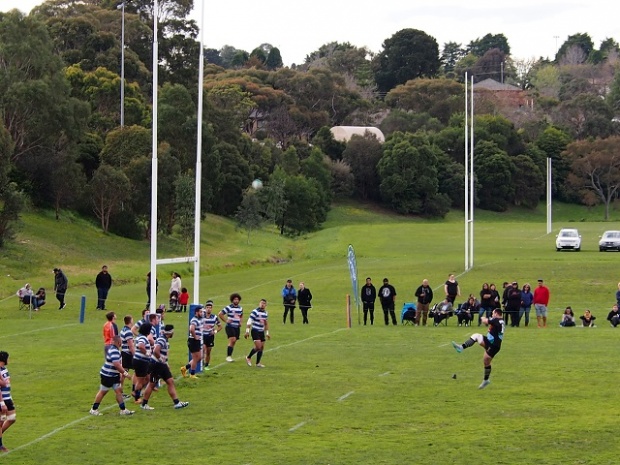 The first half saw a total of three tries for the Quins which ended up with a 22-3 lead.

For the dismay of Melbourne Uni and neutral supporters, the second stanza was a one sided affair. The students were never capable to cross the half line and suffered Harlequin’s superior game plan. 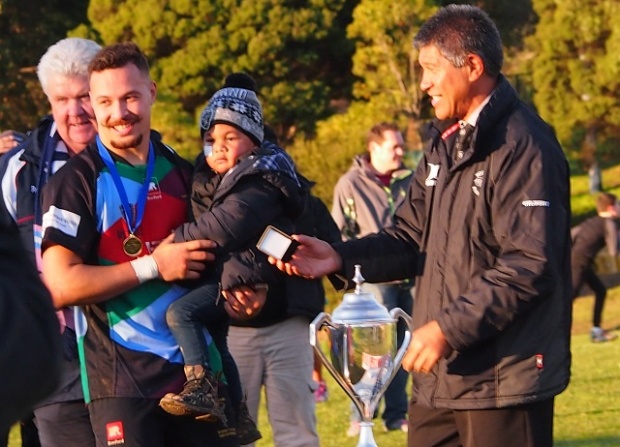 Justin Marsters honoured at the end of the match

Justin Marsters crossed the chalk twice in the second half and was instrumental in another three tries for the defending champions and well deserved the the Paul Gascoigne Medal for best player of the game.

All Harlequin players wore Maciu Vosa name on their jersey to raise awarness for the unlucky teammate left paralysed from his upper chest down, with very little movement in his arms after a spinal injury substained in March playing second grade footy. Please donate to this fund raiser here to raise necessary money to help him, his wife and his two kids through a life of struggle. 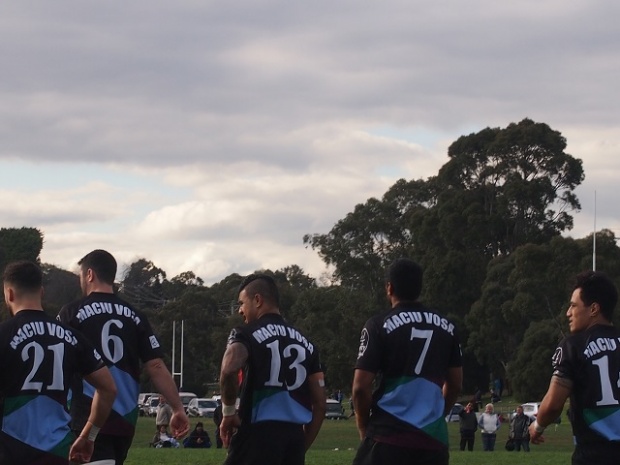 The win ended a season where Harlequins demonstrated once again to be the more structured club in the Victorian competition. But the large loss should not tarnish the great improvements done by Melbourne Uni, which rose through the ranks of the competition and asserted itself as one of the biggest threat to Quins future dominance. 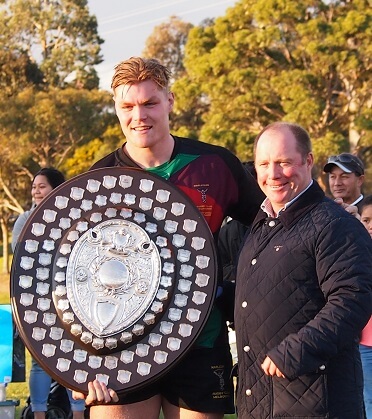 In the other games of the day, Harlequin wasn’t able to replicate the success and lost both 2nd and 3rd grade grand finals, with Box Hill taking home the seconds title 25-18 and Melbourne the thirds 41-14. Melbourn e Unicorns took home also the fourth grade title defeating Power House 15-5. Geelong  won the Second Division A Grade defeating Kiwi Hawthorn 29 to 12 to finish in style an undefeated season