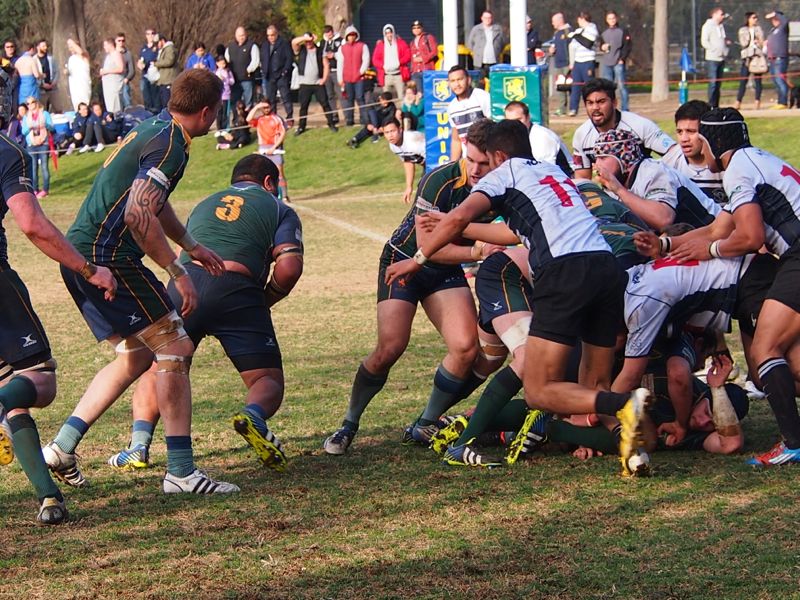 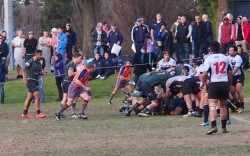 In a bruising encounter at Romanis Reserve the host managed to pass a rampant Rams side by 4 points.
In the first half the two teams were very nervous and the spectators could feel that the stakes where high. The game was pretty much an affair for the forwards, with the backs, when involved, not able to put their mark on the game.

The Rams were the first team to go on the scoreboard, thanks to a forwards try which saw excellent prospect Tui Tuiatua over the line. The hosts got 3 points almost immediately with a penalty by Chris Slade, to whom replicated Neli Sasulu 2 minutes afterwards. Both penalties were awarded by Referee Matthew Hall for offside.
The Unicorns’ forwards showed to be up for the challenge when number 8 Dan Squire pushed down for the sole five pointer to his team.

At the 33rd minute Slade converted his second penalty to fix the first half score to 13 – 8.

In the second half Moorabbin came out firing, but handling errors and a solid and correct defence from Melbourne denied them any point. On the contrary it was Slade to kick another penalty to extend his team’s lead.

To this followed a period of frenetic footy started with a yellow card to Melbourne’s winger Albert Aiolupotea. Sasulu kicked the penalty that followed the yellow card but Slade answered straight away with another penalty. But on the kick off the Unicorns’ backs fumbled the ball, tried to kick it away from almost their own try line and the speedy Frankie Va’aua blocked the ball and recovered it for a try. 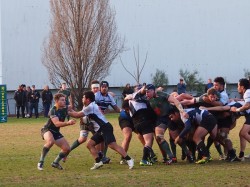 Down by only one point, the visitors could sniff the victory. Moorabbin come after a bye in the last round of the regular season and the freshness of its players was key to the last stanza of the second half where the visitors came close to an upset. Melbourne looked unable to fend off Moorabbin’s attacks and conceded the control of the game.

With a couple of minutes to play Neli Sasulu slipped kicking a penalty: hadn’t he slept and the ball crossed the uprights, the Rams would have re-gained the lead. Unfortunately for Moorabbin history cannot be rewritten, and history tells that Sasulu kicked a wounded duck that didn’t even made the touch line. On the restart Melbourne had one of his rare moment of grace of the second half and pushed against the Rams’ try line.

The host desperately defended but committed an infringement that gave Chris Slade one of the easiest penalty of the arvo. The kick crossed the bar and fixed the final score to 22 – 18. With seconds to play Moorabbin wasn’t able to manage to score again and so had to see its season end.

At the end the visitors have to recriminate on a couple of handling errors too much but can be proud of their effort. Tui e Sio Tuiatua were best on ground for the Rams.

Melbourne need to regroup for the next encounter, the unicorns need quicker and clearer balls out of the rucks to be able to launch their backs, the forwards cannot win all the games for them.

In the major semifinal the defending champions downed the surprise package of the season Box Hill by 26 – 7.

Box Hill and Melbourne will play each other next week to qualify for the Dewar Shield final.

Dewar Shield round 18: results
Dewar Shield: Box Hill in a thriller over Melbourne