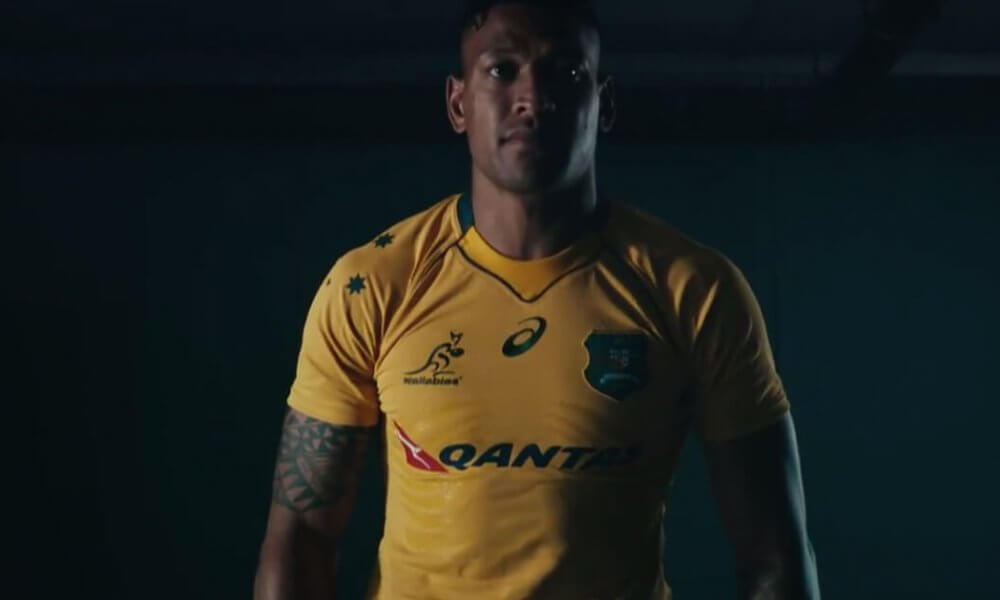 When is an apology not an apology? When it is court ordered. Remember when you were young and you would fight with your sibling, then your Mum or Dad would intervene and make you apologise? That is kind of what today’s joint press statement by Rugby Australia and Israel Folau felt like. I can understand why this left a bad taste in many people’s mouths, no matter which side of the dispute you are on, this result felt quite unsatisfactory.

This whole drawn out saga has seen even further division into a pretty fractured rugby landscape over the last couple of years. It really had to end, for all our sakes. Weirdly for me (of late at least) I have found myself fully behind the position of Rugby Australia on this one. To disparage a whole community (and others) like he did the first time is reprehensible, but possibly forgivable if shown to be done out of naivety and misplaced religious fervor, but to continue repeating these comments well after being admonished for them is inexcusable. Folau deserved to have his contract terminated. Rugby Australia did nothing wrong (for once) and in fact should be applauded for doing the right thing, even when this meant losing one of the best players in the world, right before a world cup.

Rugby Australia did not have to pay Folau one cent, so why did they? Simple, to not reach a settlement agreement (which was always going to involve remuneration for Folau) here would have seen the case go to court. Even if Rugby Australia’s confidence proves well founded and they win the case, the result is not as good for Rugby Australia as it would seem at first glance, here is why;

By reaching a settlement, Rugby Australia has attempted to bring the matter to a close. The best thing for Rugby Australia is for people to stop talking about Israel Folau, this is what they hoped to achieve with this settlement. Yes, it involved paying Folau an undisclosed sum of money, but I would wager (hope) that the figure paid was less than the estimated cost of a trial.

Which brings us neatly to the joint apology. A lot has been made of Rugby Australia apologising to Folau, with certain groups claiming it vindicates his stance. It does no such thing. On the surface, both appear to say the same thing, but do they? Rugby Australia apologise to Folau, not for terminating his contract, but for hurting his feelings. There is no further action beyond the mediation, Folau does not get his contract restored and he wont be playing in Australia any time soon. Folau on the other hand apologised to anyone affected by his social media post, he directly apologised for what he did, but he somehow still feels vindicated.

Rugby Australia offering a joint apology to Israel feels like when you where able to swap your brothers “yucky” chocolate bar for your own scrumptious carob. Both look the same, but someone definitely got the better deal!

In the end it was the most pragmatic course of action by Rugby Australia. Folau feels vindicated (even though he isnt) and Rugby Australia will only lose a little face. Not a bad result to put this issue behind them. I would have loved watching Folau take his case to the courts, and lose, but the risk was too high and the reward too little. While this is not the most satisfying of results, it is the most sensible.

Lastly, to our friends in the LGBTI community, rugby is with you. The core value of rugby is its inclusiveness, rugby is a game for all and always will be. The views of one misguided player can never change that.