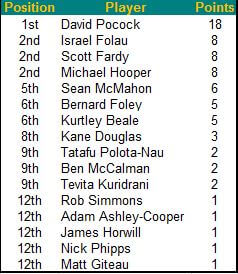 Sixteen different Wallabies  managed to secure points throughout the 2015 Wallaby season. Whilst three of our very best, in Israel Folau, Scott Fardy and Michael Hooper, were each tied in second place it was the comeback king himself, David Pocock, who won the title thus becoming the first player ever to do so twice.

It was an amazing year for Pocock who looked set to battle the incumbent Wallaby captain in Hooper for the openside flanker spot, only to make the 8 jersey is own. Pocock won an amazing five Man of the Match awards, as judged by an accumulation of the weekly GAGR votes, and was the run away winner of the title.

Whilst it was obviously a busy year for Pocock and his Wallaby team mates last season, it would seem the off-season has been just as busy. A well deserved break from the rugby fields, and time with his partner in Zimbabwe, has meant we were only just able to catch up with David to present him award this week, which we are sure will sit proudly alongside the plethora of other silverware he took home last season. 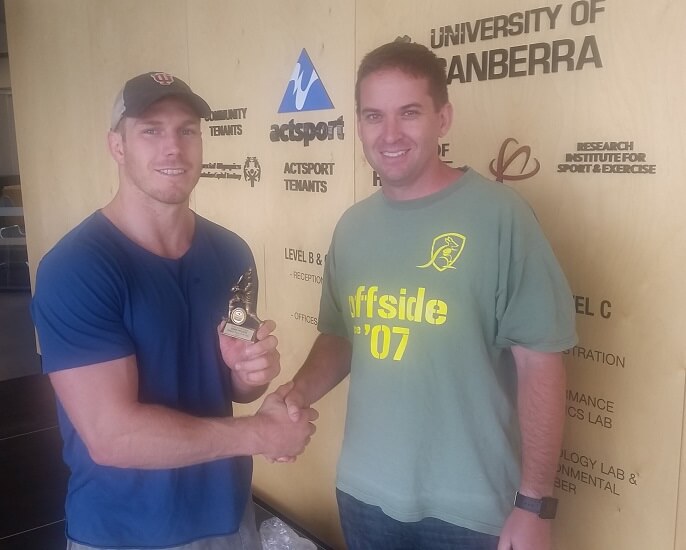