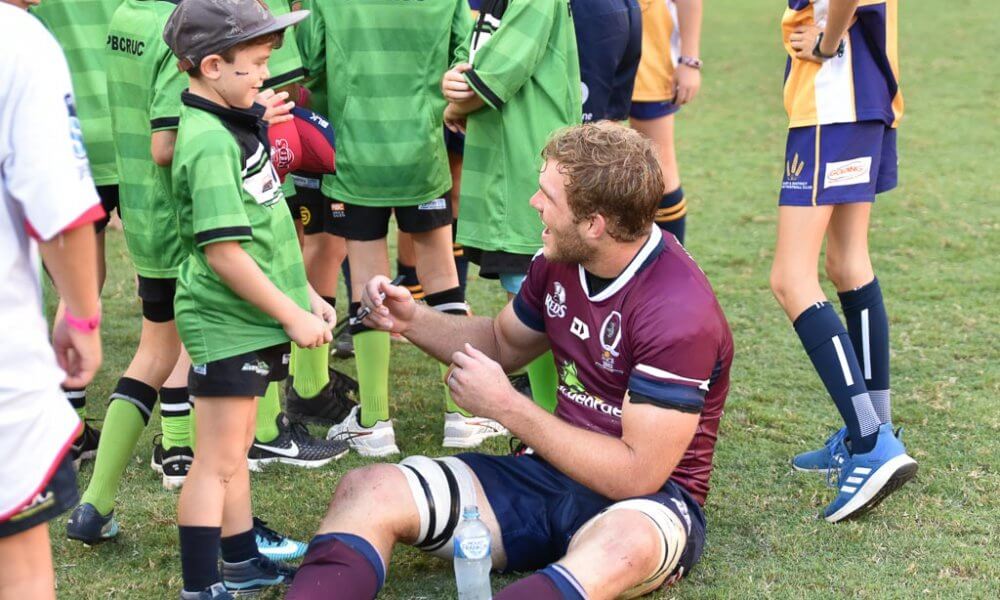 He who must not be named is back. The Reds have won two on the bounce. The judiciary chocolate wheel turned up a winner. Taniela Tupou has been benched. So many threads to pick up on this week, so let’s dive in and preview things as the On-A-Roll-Reds (trademark pending) clash with the Just-Back-From-Africa Rebels.

A simple look at the form guide shows a story of polar opposites. The Reds have gone back to back, with a gritty comeback against the Sunwolves followed by a rousing performance last Sunday against the Brumbies. On the other hand the Rebels have dropped their last two, the first being a catpitulation to the Lions (controversial penalty count noted) and a less contoversial loss to the Sharks last week. On that basis, and given the travel, you would certainly be looking at the Reds as the favourites here.

Of course you then need to factor in the return to Queensland of that spurned figure, Volde-Cooper. Despite any public words to the contrary, only a fool would believe that Cooper-mort will not have a massive chip on his shoulder and be keen to not only stick it to Dumble-Thorn but stake his claims to a Wallaby redemption. Crowd reaction will be interesting, given two seasons ago, he along with the bulk of the team were being booed off the park, only for there to be an armchair revolution once it dawned on Queensland that the exile to Azkaban er Melbourne was to be a permanent one.

Looking back at past matchups, it is split pretty evenly, with no one team having too much of an edge over the other. 2018 produced one win apiece- with the Reds winning the last encounter 37-23 in July. 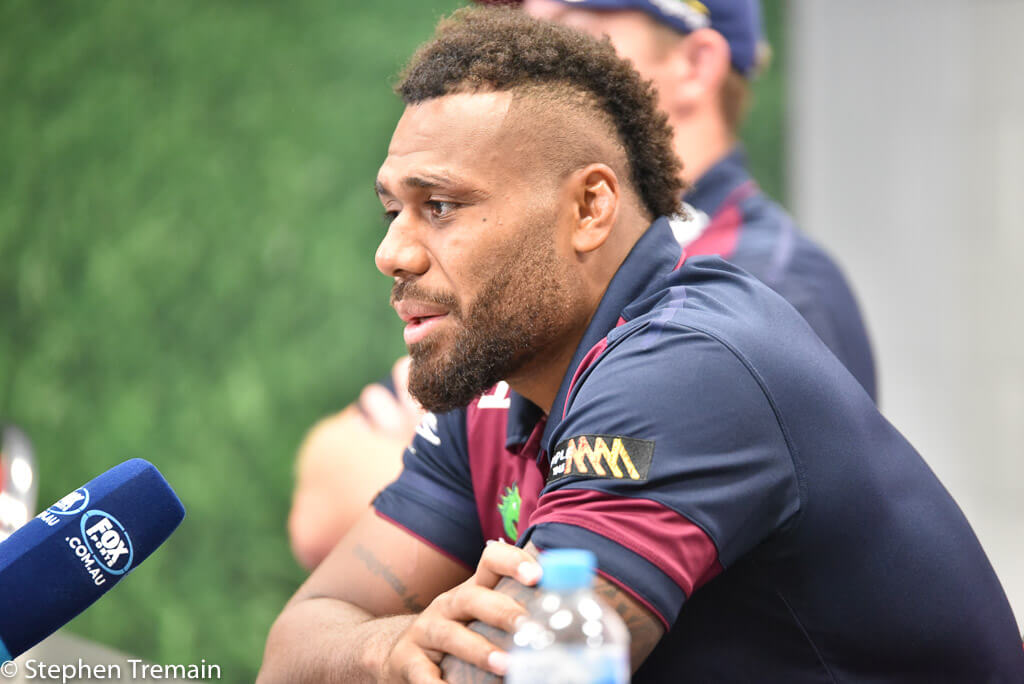 The Reds have made two changes to the front row for this game from last week. The Smith twins come in for Feao Foutaika, who broke his thumb last week, and Taniela Tupou, who moves to the bench. Is this a reaction to the poor ball carrying of Tupou last week, where he bombed two tries, or his slightly lackluster scrummaging of late. On that note, do we think the number of penalties being blown on Thor correspond to the whispers pre-season that NZ teams were talking to referees about his technique? Or am I reading too much into it?

Angus Scott-Young survived the spin on the judiciary chocolate wheel and retains his spot, sparing a backrow reshuffle. This stability across the team will be welcomed, and hopefully be a sign of things to come.

The team looks as you would imagine it to given the nature of the local derby. Dave Wessels has made a number of changes from the team that went down to the Sharks, with this being almost as close to a full strength team as you can imagine for them. In come Faulkner, Coleman, Genia, Koroibete and Naisarani to the starting lineup. Both the Rebels and Reds need to keep pace with the Waratahs in the Australian conference and it shows in the team picked. 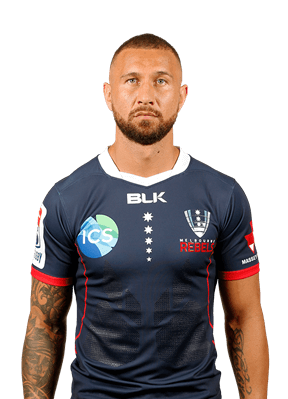 He who must not be named. Expect him to be fired up

Tate McDermott v Willy Genia – Tate McDermott was very good last week as the starting half, as was Sorovi as the back up, and perhaps that is the long term option. In Will Genia, there is a more formidable and wily foe who is clearly enjoying having his old mate you know who playing outside of him. How these two lead their teams around will be key to the outcome.

Jack Maddocks v Sefa Naivalu– The up and coming Maddocks has come along in leaps and bounds since making his Wallaby debut, having nabbed six tries already this season in a backline powered by you know who. The Red’s Professor Against the Dark Arts, Peter Ryan will be sure to be working on ways to limit the time and space available to the Rebels backline and hopefully nullify Maddocks. Naivalu has looked a little out of place since coming up to warmer climes but last week put in a good effort and his quick thinking with Samu Kerevi sparked one of the great Reds counter attacking tries.

Bryce Hegarty v The Rebel formerly known as a Red- One has brought a calm to the ten role, and the other has a considerable history in Queensland of a rather chequered nature. After leaving Queensland for the second time, having been expelled to Azkaban aka Chipsy Wood last year, he has seemed to inhabit the body of a mature, calm decision maker under pressure, all traits that were never displayed while in red. Good luck to him for being able to do so, and it was probably the choice he needed to make to get a look in at the World Cup. The question is whether the pressure to stick it to long term nemesis Brad Thorn will bring about his undoing, and whether Harry Hegarty can contribute to his undoing. 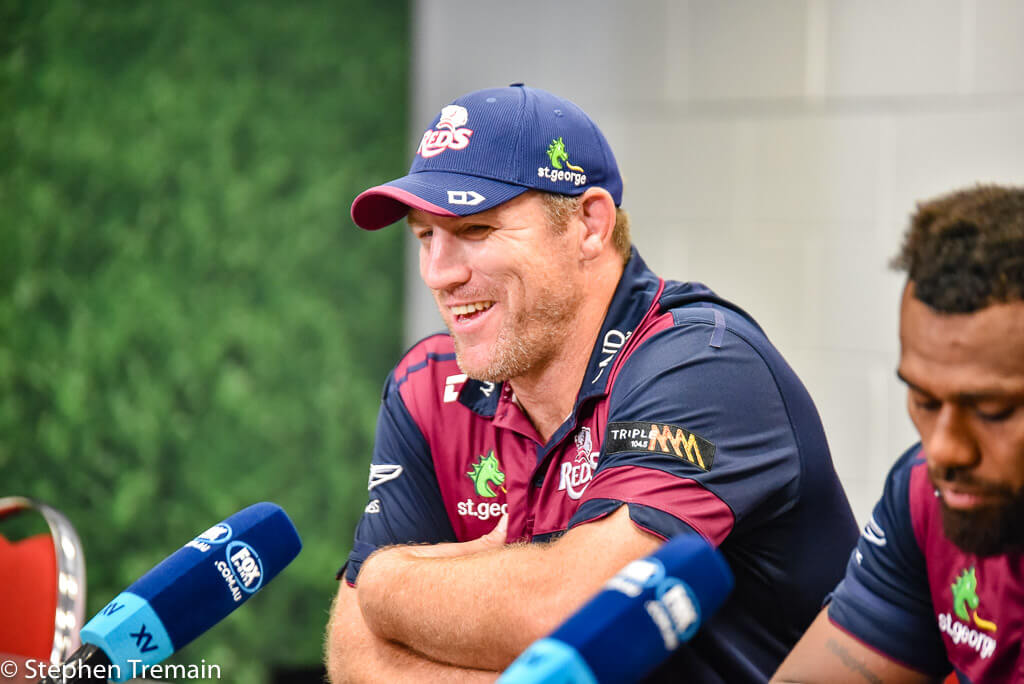 Given the South African turnaround and the associated travel factors, it makes it hard to back the Rebels. The return of he-who-must-not be named is an tantalising storyline, as is the rekindling of his partnership with Will Genia, and his ensuing uptick of form.

However, if the Reds defend like they did last week, force the turnovers and then capitalise on it, they will be hard to stop.

Reds to use the goblet of fire to defeat the Rebels by 12.