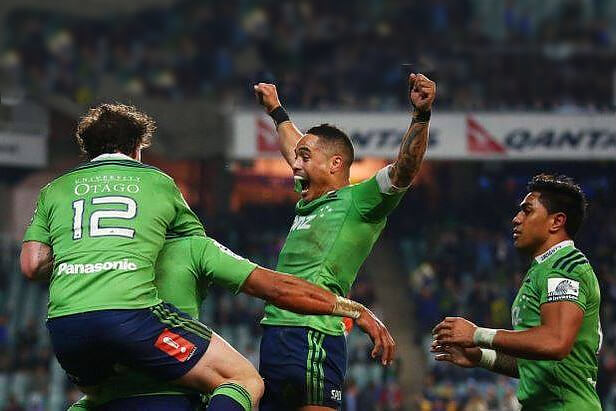 The Highlanders were eliminated in the semi finals last year, but can the 2015 champions return to the winners circle in 2017?

Needing a last-round bonus point win to secure top spot in the New Zealand Conference and overall Super Rugby standings, the Highlanders fell just short, scoring only two of the required three tries more than the Chiefs that day, in winning 25-15.

That resulted in an away quarter-final in Canberra (despite finishing with 52 table points to their hosts 43) which they duly won—and an away semi-final in Johannesburg, which proved a bridge too far and ended their title defence.

Otago and Highlanders legend Tony Brown takes over as Head Coach after four seasons assisting Jamie Joseph. Former Hurricanes and Sunwolves coach Mark Hammett is a new assistant coach and there are rumours that he’ll be offered the top job, especially as he’s now stood down from his Tasman Makos role.

Brown has a remarkably stable squad with 32 of his 38 backing up from last year. However he has lost reserve five-eighth Hayden Parker who tore an ACL in training just weeks after returning from a similar injury he suffered midway through 2016. He’s “replaced” by Marty Banks who was supposed to have joined Italian club side Treviso after the Mitre 10 Cup but instead stayed in New Zealand for personal reasons, apparently with Treviso’s understanding if not, blessing.

Crowd favourite Richard Buckman, who missed all of 2016 through injury, is back and there are four new signings: prop Siate Tokolahi and halfback Kayne Hammington from the Chiefs, wing Tevita Li from the Blues, and former Australian Schoolboys prop Guy Millar from the Force. Lock/ loose forward Josh Dickson earns a Super Rugby call-up after 22 matches for Otago since 2014.

Ben Smith retains the co-captaincy alongside Maori All Blacks’ captain Ash Dixon who takes over from Shane Christie.

The only notable loss is cult-hero Japanese halfback Fumiaki Tanaka who has returned to Japan and linked up with the Sunwolves.

Aaron Smith had some well-publicised off-field dramas toward the end of last year but remains one of the best halfbacks in the game. His partnership with Lima Sopoaga, widely considered the steadiest five-eighths in New Zealand, was key to the title-winning 2015 side and Tony Brown will be wanting his halves to again unleash the firepower outside them.

The addition of Blues speedster Tevita Li means that either he, Waisake Naholo, or the long-serving Patrick Osborne could be seeing plenty of bench time. Likewise in the midfield where Malakai Fekitoa, Rob Thompson and Matt Faddes will be fighting it out for the two available positions, with Richard Buckman nipping at their heels.

The Highlanders pack will again be one of the smaller eights in the competition but as they’ve shown in recent seasons, lack of size can be overcome by good technique, high work-rate, and a big heart. Elliott Dixon and Liam Squire earned All Black debuts based on those attributes and locks Alex Ainley and Tom Franklin are the embodiment of “honest toiler”.

Highlanders forwards – not huge but effective

The Highlanders season breaks down into two neat blocks of seven matches either side of their bye, then one match after the Lions tour. In all they have eight home and seven away matches.

All four matches against African Group opposition – Sunwolves and Stormers at home, Bulls and Cheetahs away – are on consecutive weekends immediately after the bye.

The Highlanders played two trial matches, losing 33-50 to the Crusaders and beating the Waratahs 50-47 either side of bowing out in the quarter-finals of the Brisbane Global Tens.

Luke Whitelock left the field with an AC joint shoulder injury in the final trial in Sydney. The severity of it has yet to be announced but he will miss the start of the season, as will hooker and co-captain Ash Dixon who injured his back at training.

Joe Wheeler and Richard Buckman, who both played in Japan recently, will also miss the first game at least to get them into Super Rugby shape.

The first block of seven matches is brutal, as is the three-match away trip to South Africa and Perth. Unless they can put together a string of early- and mid-season wins they could easily find themselves in a hole too deep to climb out of.

They’re a quality side but I just can’t see them doing enough in that first seven weeks to mount a title challenge. Their best hope of making the playoffs is a repeat of last year with no Australian side other than the Conference winner qualifying.