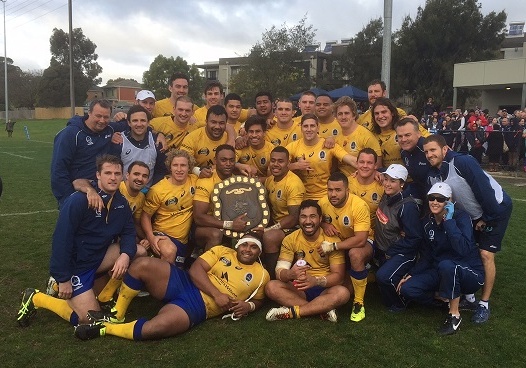 With a solid performance Brisbane City beats the Melbourne Rising and for the first time the Little-Horan Shield changes hands.

In a typical four seasons in two hours Melbourne day, the game was played on the training ground of the Rising, home of the Harlequin Rugby Club.
The hosts were quick off the blocks but the visitors re-composed themselves after the first twenty minutes.  Brisbane City outscored the Rising in the second half to register a well deserved 45-21 win.

In front a small but faithful home crowd the Rising went on the attack in the first minutes of the game.
After 9 minutes Jack Debreczei was over the chalk for the first deserved try of the match. Debreczei was served by a deft offload from debutant Justin Masters.  The Rebels’ flyhalf converted his own try to make the score 8-0 home to the Rising.

A dominant push drive after a lineout at City’s 5 meter saw Scott Fluglistaller score the second try of the match at the 18th minute.  Debreczeni’s conversion increased the score to 16 – 0 to Rising.

The visitors regained some confidence, thanks to a well-constructed try by Waitu Setu at the 26th minute. At this point, the momentum started to shift towards Brisbane City. City’s scrum began to dominate Rising’s and referee Gardner had to penalise the home team on several occasions.

Brisbane City scrum was dominant in the first half 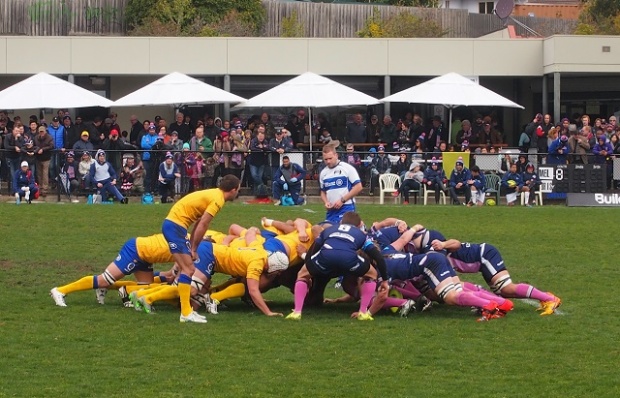 Deep in their own half, the Rising were tested by their opponents on several occasions.  They were able to resist the repeated attacks with courage and determination.  With one minute to go, the repeated scrum infringements cost Mike Tyler ten minutes in the sin bin.

Captain Fluglistaller was forced out of the field to allow the next scrum to happen, but the seven man Rising overpowered the full City scrum to close the first half 16-5 up.

Brisbane City entered the second stanza determined to make the numerical advantage count. And so it was.
After only 3 minutes full back Laloifi blitzed over the line for the second try for City.  On this occasion the Reds’ youngster McIntyre was able to convert.  Scores 16 – 13 Rising.

With one man down, the Rising defense was not able to contain the visitors’ repeated attacks.  Former Rising and Rebel Cadeyrn Neville went over the chalk only three minutes apart from his teammate.  Another pinpoint kick from McIntyre saw the visitors hit the lead 20 – 16.

At the 50th minute mark City score their fourth try, the third in 10 minutes.  Prop Talakai was quick to convert after a nice movement from a lineout.  This move was set up from another pinpoint kick from McIntyre deep in the Rising’s 22.  Another conversion from McIntyre increased the lead to City 29 – 16 with half an hour to go.

A clear take at the lienout for Brisbane City 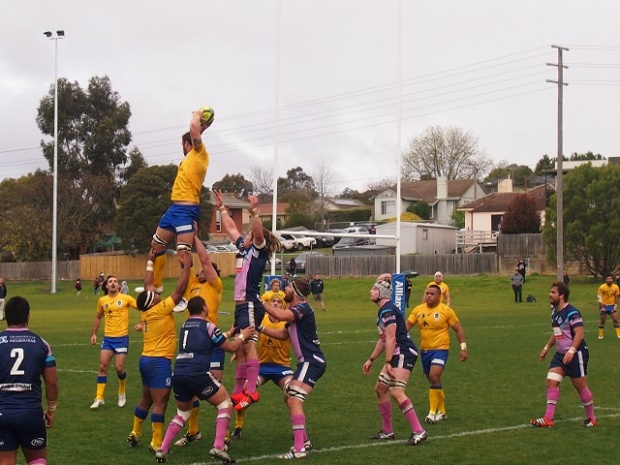 Despite a number of rising personnel changes, they were not able to convert ball and territory dominance into points.  Both teams were hindered by the elements with the ball transformed into a soap bar.

With 10 minutes to go, the Rising gave the home crowd erupted when exciting replacement Vilitali went over for a try. A not so switched on Debreczeni missed the conversion, giving City a 29 0 21 lead.

With the Horan-Little Shield on the line, the home team played gallantly forward, but left too much space in the back for the visitors to increase their lead behind reach. 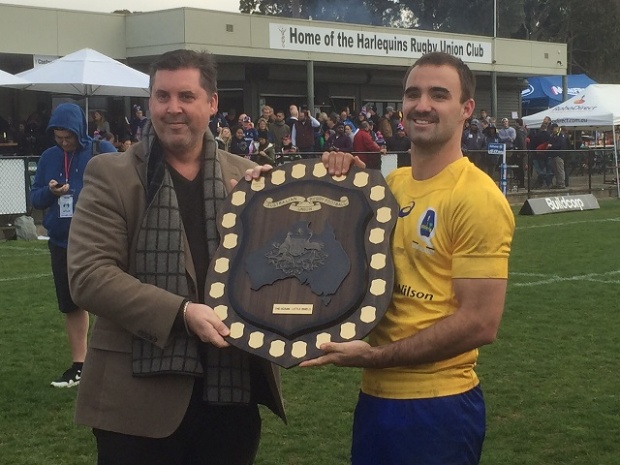 The talk that Nick Stiles gave his players in the changing room at halftime was definitely a good one. The citizens came back on the field with much more determination than in the first half and turned the game around.
Laloifi’s try after only 3 minutes into the second half set the pace for a 10 minutes three tries period that gained the Horan-Little Shield to the blue and gold.

Former Rebel Cadeyrn Neville starred in the City team. The lock combined well with his former Melbourne captain Scott Higginbotham and produced some good movements at the lineout.
His work at the breakdown was instrumental to contain the quick home team’s back row.

The Rising had several players coming from the local competition and some of them they are capable of higher honours.   Melbourne Uni’s Stacey Ili had a good first half on the left wing.  Felipe Vilitali has demonstrated how the Box Hill Island Breeze programme is capable to produce talent.
For City, Waita Setu and Junior Laloifi flew the Queensland Premier Rugby flag with great pride.

Man of the match – Cadeyrn Neville 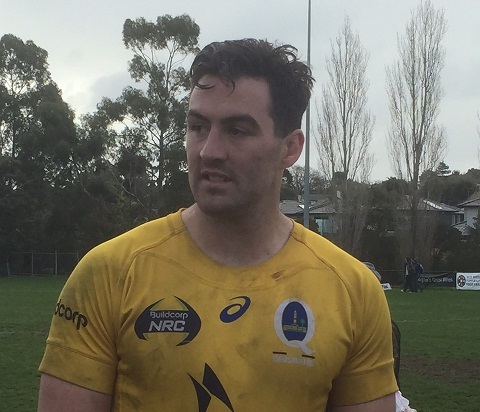