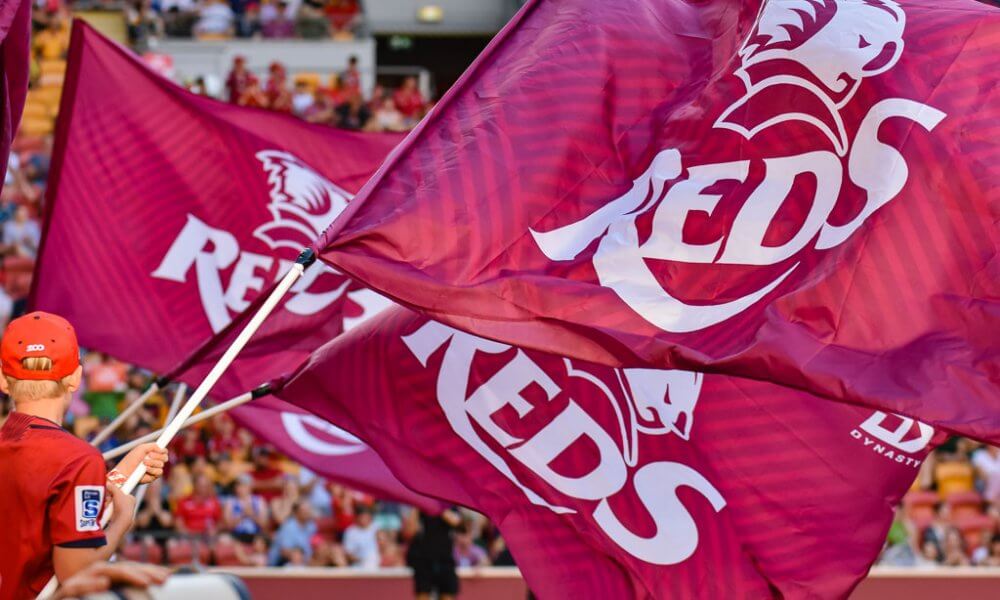 The yo-yo season that is 2019 continued last week for the Reds, with what can only be described as an insipid performance against the Bulls. This comes after the inspired second half against the Stormers, which followed an ugly loss to the Rebels. I think you all get the point by now. No matter which way you cut it, consistency from week to week or even half to half is an issue that hasn’t been resolved yet, and ultimately it will be what sinks the Reds season. So as the Reds head down to the coast of South Africa to take on a Sharks side that exhibits many of the same qualities, let’s take a closer look.

At this point I could probably cut and paste my last couple of previews with respect to the Reds form. You all know the score by now, a mish-mash of effort mixed in with whole games of looking well below elite standards. By all reports the game last week against the Bulls was the target for this South African trip, as the rumour was Samu Kerevi would be rested for this game, as part of the Wallaby load management approach. This ended up as a 32-17 loss that really wasn’t as close as it sounds.

The Sharks seem to be the South African equivalent of the Reds, inconsistent from game to game and within games. They were belted by the Jaguares last week 51-17, but the first half was a tight contest. They haven’t been any better at home as opposed to away, and their record is perhaps deceiving, having only played one game against Kiwi opposition. Regardless, they seem to have points in them on occasion, averaging a tick over three tries per game, again eerily similar to the Reds. 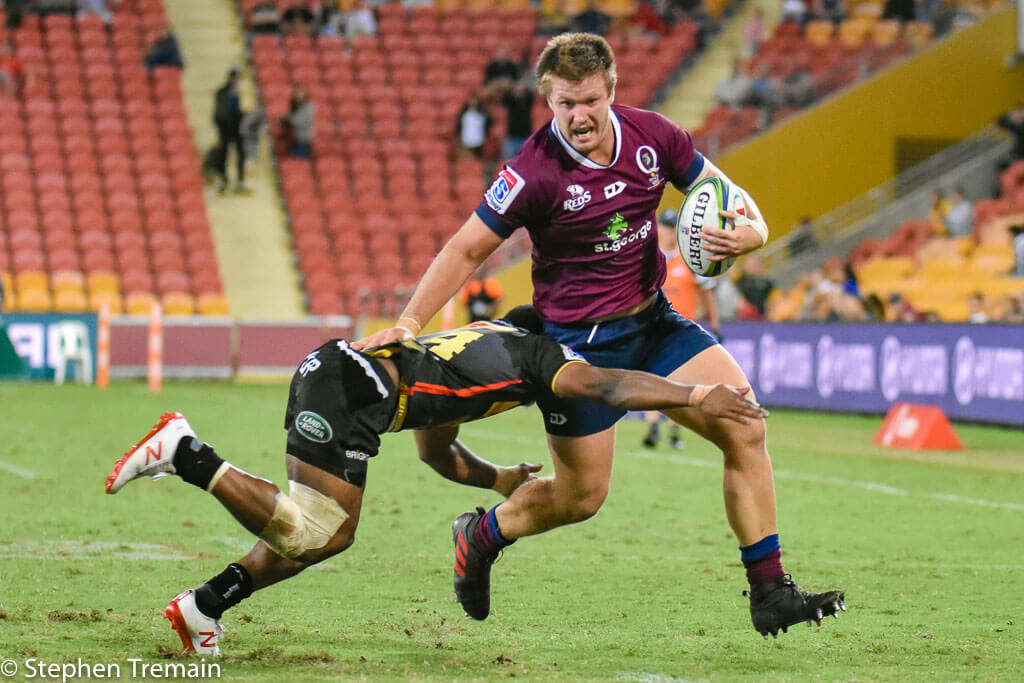 Harry Hoopert is in line for his first run on start

Being away in South Africa has meant Brad Thorn’s options in making changes after last weeks loss so they are relatively minor in nature. Sefa Naivalu returns from his Wallaby rest and slots back onto the wing. Lukhan Salakaia-Loto goes back to lock, which enables Angus Scott-Young to start at 6. There is a first start for at loosehead for Harry Hoopert, who has definitely improved from 2018 in both workrate and scrummaging and has been rewarded.

The most interesting change is the non change in the team. For weeks it had been mooted that this game would be Samu Kerevi’s enforced rest week, yet he is still in the team. For reasons outlined below, he is vital if the Reds were to win this week. Kerevi already leads the Reds in minutes played this season so look for the rest to happen, perhaps at home, which may not appeal to Reds fans back at home.

Adam Korczyk comes onto the bench for an all too rare appearance.

The Sharks have made a host of changes from the team the folded last week against the Jaguares, most of which were a result of a rotational rest policy. What this means for Queensland is a much stronger opposition across the park. This is led by the return of cult figure (and also very good!) prop Tendai Mtawarira bookended by fellow Springbok Coenie Oosthuizen at tighthead. Jacques Vermeulen returning at 7 completes the changes in the pack.

The backline is not without its changes with Kobus van Wyk coming into 13 and Lwazi Mvovo swapping wings to replace the rested Makazole Mapimpi, and Sbu Mkosi slotting onto the right wing. What this presents is a very strong team, that will present the Reds with challenges right across the park. 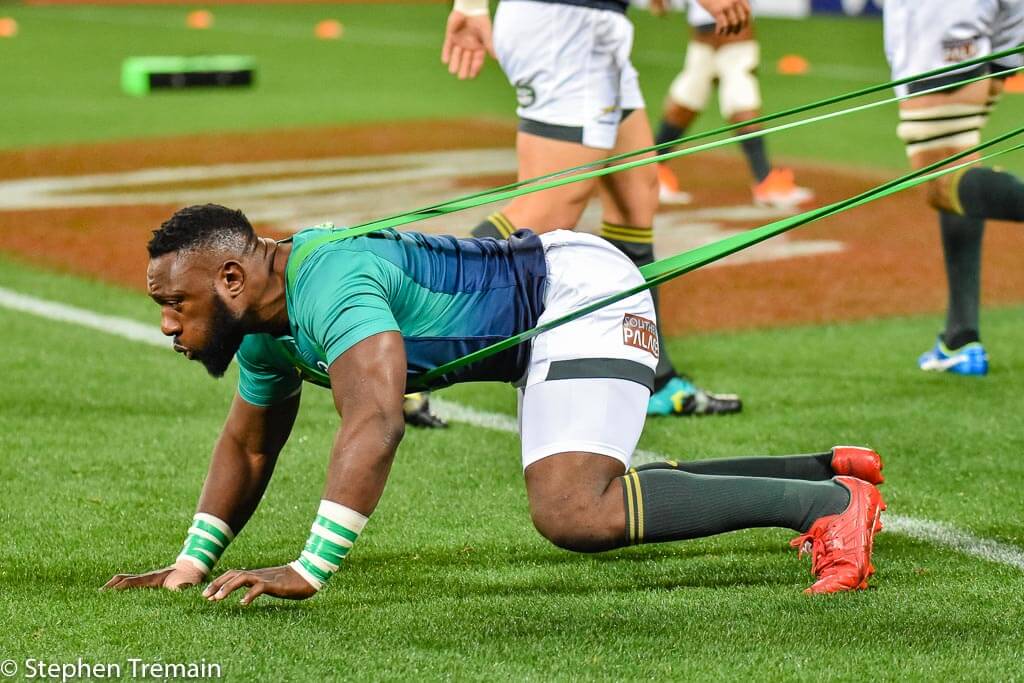 Are the Reds prepared for a rested Beast mode?

The Forward battle- The Reds have lacked the same cohesion in the front row this year, despite the pieces all being the same. Maybe it’s a case of opponents working them out but both the lineout and the scrum haven’t matched the superb levels of 2018. As a result there have been constant shuffling across the row, and this week it is Harry Hooperts turn to start. How this front row goes against Sprinbok players Mtawarira and Oosthuizen will be an interesting battle.

Samu Kerevi vs the World- I would argue that without the Captain, the Reds would be lucky to have won a game this year at all. He leads the competition in carries by some margin, equal leader in defenders beaten, fourth in metres, and fourth in clean break. To boot, he leads Queensland in tries with 5. Put simply, no one else in the team comes close to matching those figures. It’s clear he is relied on, possibly too much so if he is shut down, the whole team will grind to a total halt. If only the Reds can clone him before injury or foreign money takes him out of the lineup more regularly.

The Boots- I am bloke who lives for stereotypes. Not the racist or sexist kind, but the rugby kind. So it sort of shook me when I realised the Reds goal kicking this season is ahead of the Sharks- 79% v 73%.  This messes with my head, and I was fully prepared to write the old lines of “South African kicking is heaps better and it might be the difference”. Well the Reds are fifth for accuracy, with only the Sunwolves radar Hayden Parker being miles in front. So in a game that is likely to be close in one way or another, it is perhaps an advantage for the Reds if Bryce Hegarty remains on track with the boot. Tactical kicking is different, and the Reds inconsistency can hurt them with the lightning quick Mvovo on the wing.

You never know which team will turn out from week to week- for both the Sharks and the Reds. With that in mind, it would seem that this result will be just as hard to pick accurately. The Reds will welcome the drop in altitude from the Veldt but for what it’s worth (not much judging by results) the Sharks are still at home.

I think given all the variables the only true fitting result will be for both teams to either show up and have a 50 all draw, or neither of them to and a 12 all draw.

Either way, I am going all out to predict a draw. Now excuse me while I remove the splinters this fence has given me.