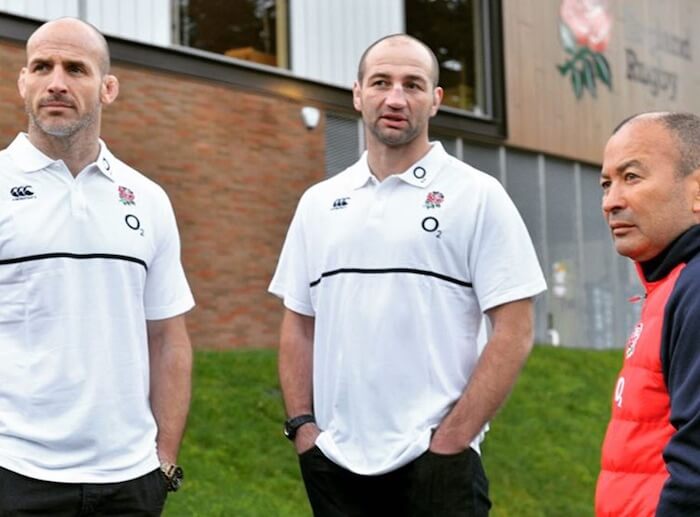 If there is one thing Eddie Jones knows it’s how to make an impact and with England an impact has been made.

As change goes, the transition between his and Lancasters set ups couldn’t have gone much better if they’d wanted it to. While Jones may have inherited a youthful exciting squad (that Lancaster, to his credit, had much say in developing) he seems to have taken that same squad and found that magic 2%, turning them from the nearly men of the last few seasons into what’s looking like once again being the dominant force in the Northern Hemisphere.

Sure, it’s early days and we can look at England’s Grand Slam and find many faults with it, but you can only beat what’s in front of you and a Grand Slam is never easy. Add to that England have just tonked an almost full strength Wales side 5 tries to 1 (with a predominantly second string England) and England are suddenly heading south 6 for 0 under Jones and with a bit of purpose behind them.

So leading into next week’s first test we’re going to have a look at the England touring party heading South, highlight some of the new boys, weigh up both teams chances and tell you who to look out for.

First we’ll start by focusing on the most obvious change, the coaching team.

Jones should be of no surprise to anyone on Green and Gold Rugby (especially you Reds fans). The former Randwick alumni is as smart as he is acerbic, a marmite (or is that vegemite) man; you either love him or hate him. He divides opinions wherever he goes and he’s sure as hell shaking up English Rugby.

Much like Chieka, Jones indicated very early on that his team would be basics focused, building the flash on top only once they’d mastered that. His coaching appointments have followed a similar path, built to compliment England’s “traditional” strengths. So out went the old guard of Farrell, Catt and Rowntree and in came Jones preferred coaching team of Steve Borthwick and Paul Gustard thus slimming it down to 3 including himself.

Now if those names don’t mean much outside of England don’t worry, what is worth noting is Jones, Borthwick and Gustard have a long history. Having all worked together at Saracens this is a coaching team the seeds of which were sown a number of years ago.

Borthwick in his playing days was widely regarded as one of most intelligent line out specialists of the modern era. He cut his coaching teeth as a player/coach at Saracens (which he joined in 2008 when then Saracens Director of Rugby Eddie Jones signed him making him vice captain). Post retirement he worked with Jones as forwards coach for Japan signing for Bristol in the same role after the World Cup, which threw a slight fly in the ointment when Eddie came calling. However it’s been well documented that Jones regards Borthwick so highly the RFU paid somewhere in the region of £500,000 to extract him from said contract.

Next up is the slightly less costly but no less important defence coach Paul Gustard.

Another who has been on Jones radar for a long time, Jones gave Gustard a role as assistant first team coach during the same brief spell at Saracens in 2008/2009. Gustard has been coaching with Saracens ever since, taking a busmans Holiday in 2013 to work as defensive coach on the England’s victorious Tour to Argentina.

Now Gustard is, uhm, a character, the main ingredient in developing the highly aggressive “Wolf Pack” defensive system at Saracens that England are now implementing. But while the whole “Wolf Pack” ethos comes with caveats, the thing Gustard really excels at is getting universal buy in from all involved. 5 tries over the course of the last 6 games, and 10 wins from 10* as an England coach, would indicate it’s working.

Jones himself took on the duties of attack coach, and the final piece in the current jigsaw see’s Bath’s Neale Hatley joining as scrum coach.

Hatley is an interesting appointment. A relative unknown outside of England, Hatley comes with good pedigree as a former player and cut his teeth as a player/coach at London Irish under the tutelage of the brilliant Dick Best. His first task in international coaching will be to combat the progress Australia have made under Ledesma.

So what we see in Jones coaching team is modern coaches headed up by an excellent manager. As a collective they understand the pressures, needs and dynamic nature of the professional game.

In Borthwick and Gustard both they also just happen to have two exceptional video analysts.

So that’s the coaching staff but what about the team?

Well we’ll touch on the actual playing squad in a following article but if the devil is in the detail then this is where Jones has really been earning the big bucks.

While Jones surely has one eye on 2019 and might play the one game at a time card, he is a very different animal to what’s gone before. He sets targets and crosses them off and from the minute Jones took over he’s quite openly been targeting this tour as a benchmark for England. As a result he’s methodically set about addressing shortcomings in the squads performance.

First up was fitness. Identified early on as a key priority,  Jones deemed it simply not good enough to play the high tempo game required to beat the Wallabies. After some particularly vicious fitness sessions leading up to, during and after the Six Nations camp the team is now considered to be a lot fitter than it was 8 months ago.

Stop for a second and consider that. During this year’s Six Nations England’s players were running three fitness sessions a day on top of their normal tournament workload load. That gives us an idea of how much lost ground Jones felt they needed to make up and how much he wants to get to Australia and have a crack at the Wallabies.

But Jones knows fitness is only part of the problem and to better prepare his squad there has been a raft of specialist coaches brought in for skill specific sessions. This has seen:

In Greenwood, Wilkinson, Smith and Ella, Jones has brought in iconic guys who know what is needed to beat the best. But whilst the first three won’t be travelling South, Ella will meet up with the team in Australia adding another layer of complexity to the test series with Ella, Jones and Cheika all former Randwick boys.

Yep this one is set up nicely and Jones doesn’t make up the numbers. He’s not bringing a team to do the same, he sets high standards and expects the same, so it’s about as strong a squad as England have. But whilst Jones will be heading down under on a 6 game winning streak, champions of the North, he will know that history is against his team.

Over the years England and Australia have met 44 times. Surprisingly (to me at least) Australia have won 25 to England’s 18, but where England really haven’t been able to get any semblance of parity is in Australia where they’ve played 17 times only winning 3 test matches in total.

Jones is acutely aware that to head South, to one of the big 3, and actually pull off a test series win would be huge. It’s something that’s never been done by any England team before and will surely elevate his team into the echelons of the all time greats, it would be one of the most historic victories ever by an England team.

I have a feeling Cheika and his boys in Green and Gold will have something to say about that.

* England played four games on their 2013 tour when Gustard was interim defence coach covering for Farrell who was on Lions duty – they won all four including back to back tests.