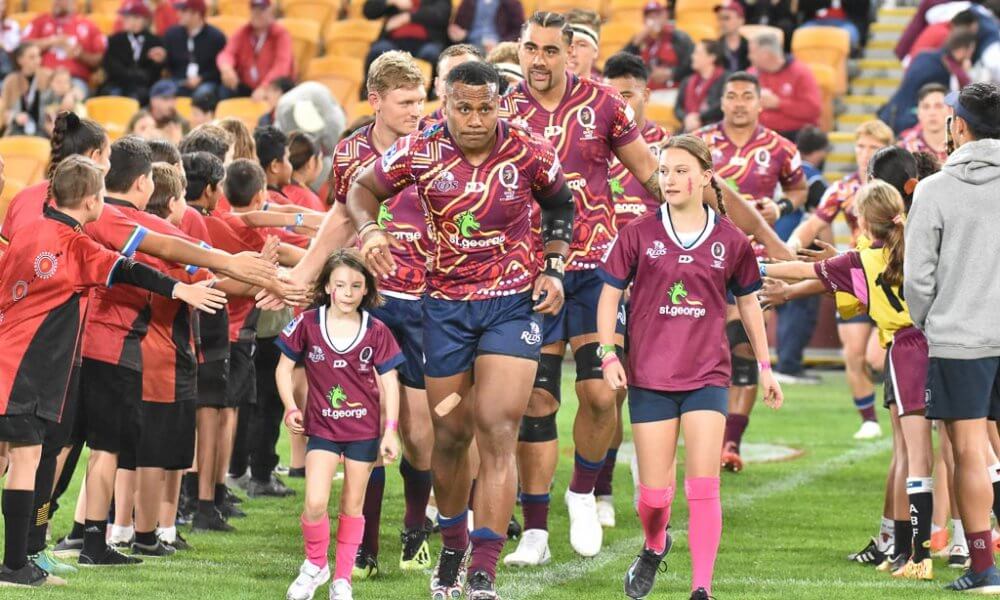 In the midst of the other code having their big boy fight on Wednesday, the average Queenslander might be forgiven for forgetting the Reds back up at home again this week, their final home game for the season. Squeezed in between Origin 1 and an NRL local derby on Sunday, a Super Rugby battle between two under performing teams is unlikely to get the blood pumping.

There are a few interesting story lines playing out from a Queensland perspective- what will happen to Samu Kerevi, who is playing for their future and how low will the crowd be? Read on for the preview. 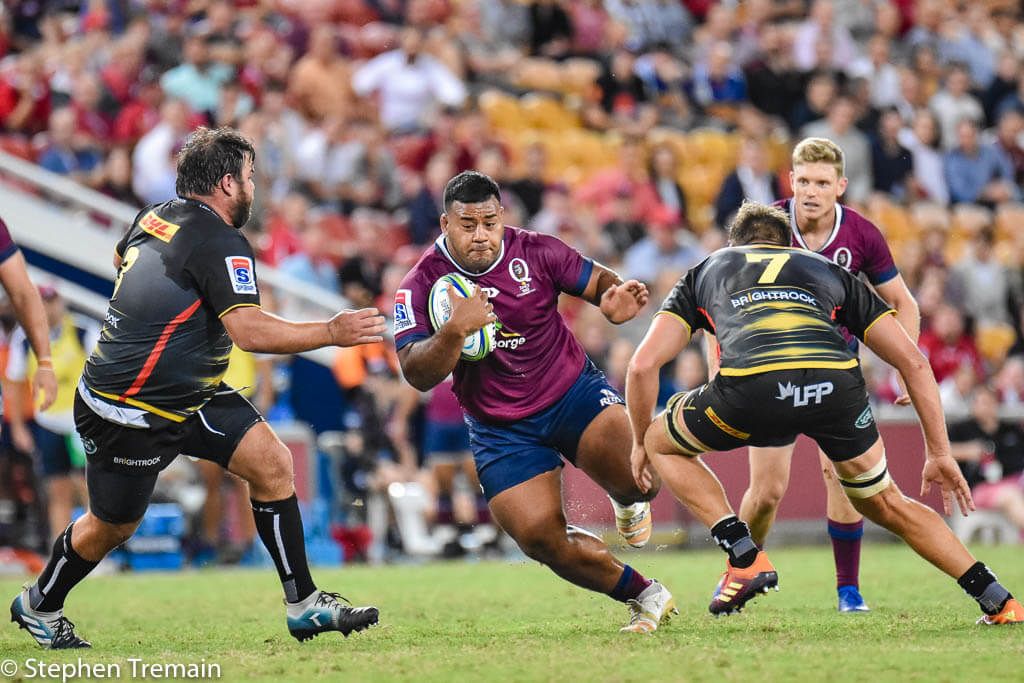 After last weeks mass changes, this week sees three changes to the starting side. Izack Rodda comes in for Lukhan Salakaia-Loto, who falls foul of ARU rest policy. Alex Mafi starts again in place of Brandon Paenga-Amosa, and Scott Malolua is in line to make his first Super Rugby start, after getting 25 odd minutes last week against the Jaguares. Tate McDermott misses out through injury, with Moses Sorovi resuming his place on the bench.

It is the elevation of Malolua over Sorovi that is the most interesting. It is clear from this decision that there is some consideration as to whether the 25 year old will be part of the mix going forward. Everyone seems to forget that James Tuttle is still under contract, rehabbing his second achilles rupture. You would imagine that McDermott is safe as the clear number one, and Sorovi is probably two, which leaves an awkward choice at some point soon.

The rest of the team is pretty straight forward. The Reds were stoic without being great against a Jaguares team dripping with internationals, and they were half a chance until the late intercept try. Yet another one to add to the pile of “if only” games.

Enforced national team rest has bitten the Blues as well this week, causing the omission of Patrick Tuipulotu and the electric Rieko Ioane from the team. Injury has seen to Caleb Clarke on the wing and in the halves, Leon McDonald has plumped for Augustine Pulu and Otere Black.

When you consider the number of players not considered due to injury (11), and the calibre of some of those players, (Sonny-Bill Williams and Karl Tu’Inukuafe among them), you begin to get a sense of how rough a season it has been for them. Also then consider the fact that they still manage to have Ma’a Nonu, Akira Ioane and Ofa Tuungafasi and others in the team that you appreciate the depth of NZ rugby. You would argue that if the Reds had eleven out through injury that it would be considered a crisis and some real bolters from club land would get the nod. 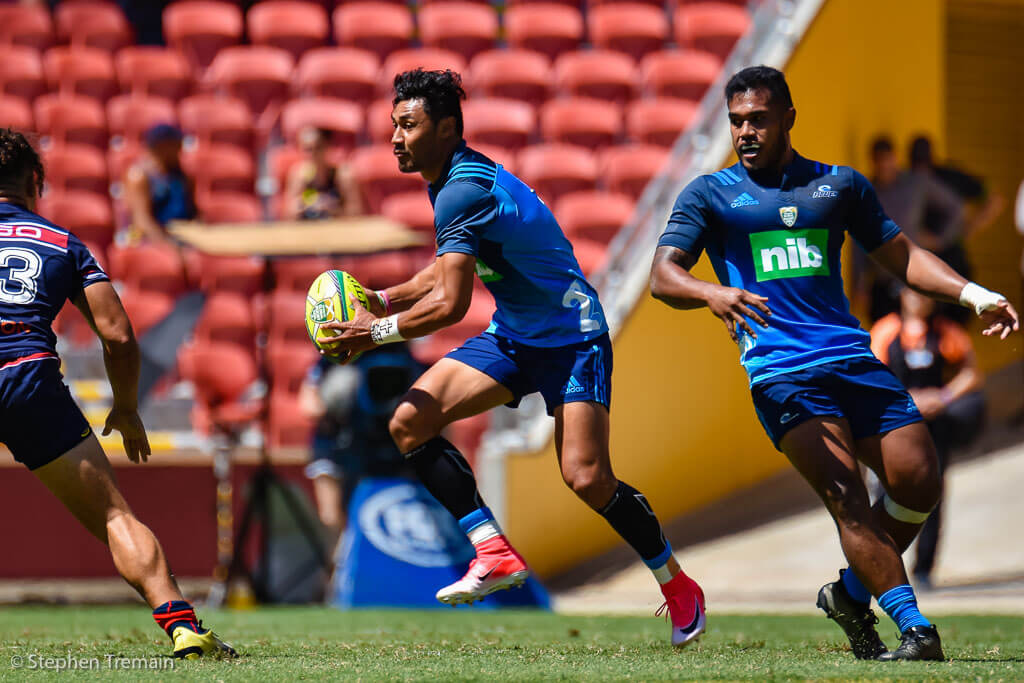 The scrums- The Blues have had the most dominant scrum this season, losing only four tightheads all year for a ridiculous 97% success rate. As we all know, the Reds scrum has also been their primary weapon for the past few seasons and this will be the ultimate test. If Taniela Tupou wants to lock down the number three jersey for the World Cup, he will have to really step up in this game. He has been the most penalised player in Super Rugby this season and an all round game capped off with his tradmark runs through the centre channel will be needed.

For the love of everything holy don’t aimlessly kick– As much as it pains me to say it, the aimless kicks that have no pressure on them that plagued the Reds in previous years is still there. Not as bad, mind you but it still happens. The Blues would be the worst team to do this to. Melani Nanai leads the competition in run metres by some margin and is tied for third in offloads. The message here seems to be that if you play with fire, you will be burnt. I have always been a fan of a good kick, that is chased hard and creates pressure but mindless kicking that results in oppositions setting up counter attacking opportunities is simply asking for trouble,

Crowds- Crammed in between two big NRL games against a team (albeit NZ) that isn’t doing too well themselves doesn’t bode well. Look at last week where nearly 3 times as many fans went to the AFL on the other side of town also gives you the sense that all is not well. Stadium activity on game day is nearly non-existent as is the publicity around town. There was hope that a better season would bring a buzz but four straight losses has put paid to that.

Will it be Samu Kerevi’s last home game- It is well publicised that Kerevi is out of contract at the end of the season and word on the street is that he is off to Japan for a stint. This would be a massive blow on a few levels. Firstly, he only has 23 caps so wouldn’t be eligible for Wallaby selection under the Giteau rule. Secondly, he is the glue that has been holding the Queensland team together, both on the field as a player and off the field as captain. Surely with the number of players off overseas at the end of the World Cup, and the money saved from Israel Folau’s contract, there is the opportunity to make a strong offer that at least makes it a hard choice.

Neither team have lived up to expectations this year, well my expectations at least. I thought both teams would be closer to 50/50 in the win-loss stakes than they are. The Red have had at least three games that they could have/would have/should have won and the Blues have struggled to find a consistent flyhalf and reliable goal kicking.

My wish is a return to the glory days when both these teams were two of the best provincial teams in the world, but I don’t see that happening for a long time.

My other wish is for a Reds win to at least give home fans something to look forward to for next year, a win and some hope.