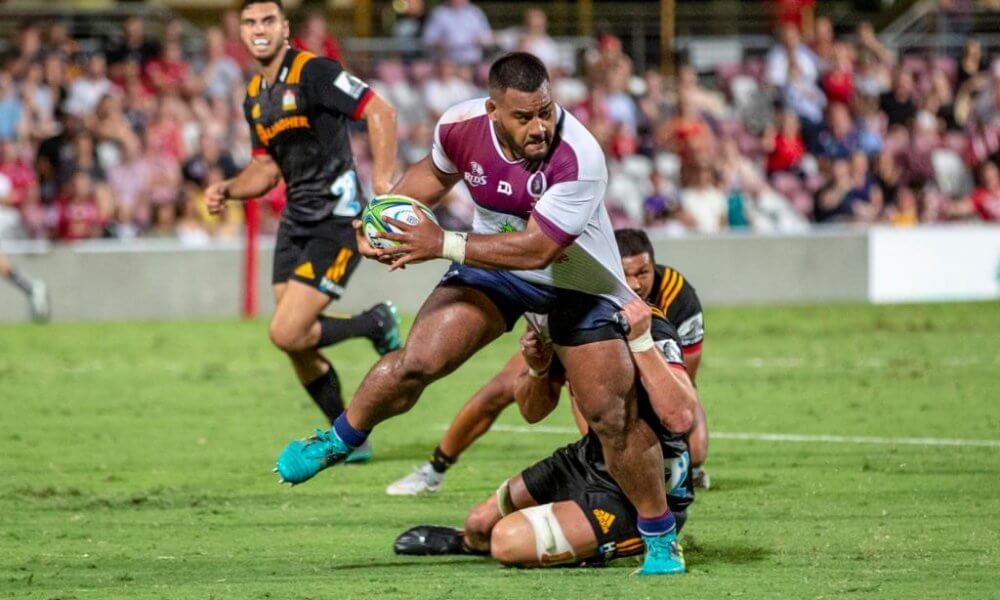 The St George Queensland Reds return to Suncorp Stadium for their first home game of the season after a very impressive first up effort in Dunedin.  The Crusaders will be looking to extend their record win streak but will be wary of this resurgent team that is hungry to win.

With it only being the second match of the Reds season and the changes they made in the off season, there’s not a lot to go on to gauge their “form”.  Certainly, looking at last week, they are a team on a definite upward trajectory.  They played exceptionally well and almost managed a very unlikely win in NZ which would’ve been their first since 2013 and the Highlanders first home loss in 12 matches.  It was a complete performance in all areas except for the scoreboard where they fell agonisingly short.

The Reds much vaunted scrum was strong again and will be a key part of their game again this weekend.  Kicking was mixed though.  Hegarty nailed all of his kicks at goal but kicking in general play was poorly executed at times.  The impact of Dave Aldred is already evident in the approach to kicking but the execution and decision making in general play is not quite there yet.  The Reds will be targeting an improvement here.

The Crusaders juggernaut on the other hand just keeps rolling on.  The defending champions are on a record 17 consecutive wins and looked extremely tight last week against an underwhelming Hurricanes outfit.  As with the Reds, they have 100% success with their scrum this season so far but unlike the Reds, their goal kicking accuracy is at a surprisingly low 44% for the 2 games played.  This could be a key point of difference.  The Crusaders are also one of the most penalised teams in the comp to date with an average of 13 penalties and 1 yellow card per match (compared to the Reds 8 and 0).

Another curious stat appears when you look at the tries by time period.  The Crusaders have yet to concede a first half try but are conceding on average 3.5 second half tries per game.  If the Reds can manage to get some early tries they may be well on their way to staging a significant upset! 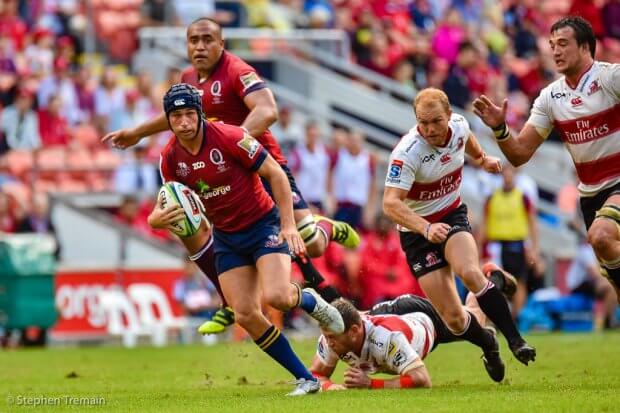 The Reds have named an unchanged backline to the one that started against the Highlanders.  In the forwards, Salakaia-Loto moves to the side of the scrum to make way for Harry Hockings which means the impressive Caleb Timu moves to the bench to bring some impact late in the game.  On the bench Fraser McReight and Harry Hoopert have missed selection to make way for the experienced heads of Scott Higginbotham and JP Smith, who are both returning from injury.

The Crusaders have made a number of changes to the team that beat the Hurricanes so convincingly last week.  Firstly, Will Jordan comes into the 23 to start at fullback with the danger man Havili shifting back to the bench.  Mataele and Crotty  both missed selection this week, being replaced by Braydon Ennor and Tim Bateman respectively.  The starting and reserve scrumhalves switch roles from last week,  In the forwards only one change has been made in the back row with Tom Sanders starting and Jordan Taufua shifting back to the bench.

Jordan Petaia v Jack Goodhue – You can almost forget about all of the other key match ups because this is where it’s at.  Both players are rising stars for their respective nations and not really wanting to get too far ahead of myself but these two players could be lining up against each other in Test Rugby for years to come.  Goodhue’s impressive breakout year last year showed exactly what he is capable of.  On the other hand, if Petaia was not well known in New Zealand before last week, he will be now. 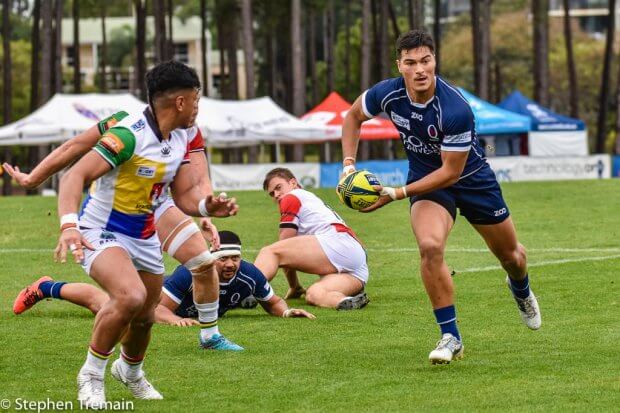 Reds Scrum v Crusaders Scrum – I might well be in the minority here, but I love scrums and this match up should be epic.  The Crusaders have selected the same forwards and only swapped a starting and reserve backrower giving an indication as to how they rate the Reds scrum.  The Reds welcome back star prop JP Smith and the experienced Scott Higginbotham which will bolster their already strong pack.  Starting 3 locks will also add some weight to what is possibly one of the heaviest scrums in the comp.  Both teams boast 100% scrum success so far.  It will be good too see who comes out on top.

By any meaningful measure, the Crusaders are, and should be firm favourites.  The only team at longer odds to win this weekend is the Sunwolves who play the Chiefs.  When it comes to the Reds though, anyone that knows me or reads my stuff, will know that I don’t concern myself with silly stats and “evidence” when it comes to the Reds chances.  I tip with the heart and not with the head.  Even so, this section should possibly be renamed from “Fearless Prediction” to “Fanciful Prediction” but I digress.

As I said earlier, if we can nab a try or two in the first half (and I think we can) and defend as well as we did last week we should take a lead into half time.  If we can manage that then it’s game on!  Our bench should provide plenty of go forward and we could be the team to end the Crusaders record win streak.  I know the players will already believe this is possible.