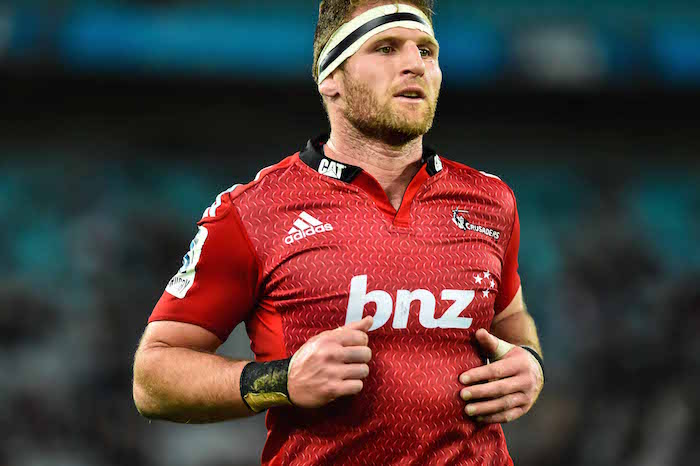 The Crusaders will be aiming to repeat their round six victory when they take on the Lions at Ellis Park early Sunday morning Australian time.

Both teams finished the regular season with eleven wins but suffered last-round losses. The Crusaders were flogged 35-10 at home by the now table-topping Hurricanes. It was an embarrassing result and one they’ll need to put behind them lest it define their season.

The Lions, holding an unassailable lead in the African Group, gambled on resting almost their entire first-choice 23 against the Jaguares and lost 22-34. While it cost them top seeding overall one suspects coach Johan Ackermann wouldn’t have lost too much sleep over it.

The Lions have received a major boost with their dynamic No. 8 and captain Warren Whiteley making a sooner-than-expected return from shoulder injury. As expected the players spared the 60-hour round trip to Buenos Aires last week all return. The decision to rest them may have backfired but should result in them being fitter and fresher than had they made the trip.

Tight Five The Crusaders scrum, such a weapon for most of 2016, has been rather less so in the absence of Joe Moody and the Lions will fancy their chances of gaining parity, at least until the reserves come on. The Crusaders should, however, win the lineout battle: they have both a higher success percentage off their own throw and have stolen more opposition ball than the Lions.

Loose Forwards Jaco Kriel has been a revelation for the Lions this year and will be key if they’re intent on drawing players into the contact area, recycling quickly and unleashing their backs. Jordan Taufua fulfils much the same role for the Crusaders, albeit a little closer to the breakdown.

Kieran Read has been in near career-best form of late and is probably the Crusaders’ most important player. His battle with Warren Whiteley, should it eventuate, will be fascinating. The Lions lead the competition for turnovers won so Matt Todd will need to be on top of his recycle-and-link game.

Midfield backs Centres Lionel Mapoe and Rohan Janse van Rensburg have been arguably the Lions’ most important backs other than flyhalf Elton Jantjies. Between them they have scored 17 tries and made 37 line breaks. They’ll be a real handful for Ryan Crotty and David Haviili, who will need to be much more effective both on defence and attack than last week.

Bench There’s a school of thought that the gap between the Lions’ starting XV and replacements is greater than that of the Crusaders. According to this theory if the visitors are ahead or at least in touch when the bench players are introduced, they should finish more strongly. The counter-argument is that the Lions score more points in the second half than they do in the first (averaging 17.3 and 18.3, respectively) whereas the Crusaders score most of theirs in the first (18.2 & 14.3).

The Lions’ success has been built on a more expansive style than we’re used to seeing from South African teams. The question is will they have the confidence to play that way in a knockout match, or will they revert to a more “traditional South African”, forwards-oriented game plan? If they stick to their guns it will be an entertaining night, win or lose, but you’d expect the Crusaders will try to strangle them with their kicking game and superior lineout, and shut down the Lions lethal midfield.

The Crusaders, one suspects, will look to play their usual high-tempo, possession-position-points game but with more accuracy and variation than they showed last week (and two weeks prior when losing to the Chiefs in Suva). The Lions will have taken note that committing more bodies to the breakdown and line speed were key to both the Chiefs’ and Hurricanes’ victories and target those areas.

The quality of the South African Group makes it hard to get a read on how good the Lions actually are. They did, however, beat the Chiefs in Hamilton (which the Crusaders couldn’t). From a Crusaders point of view not being able to beat any of the other kiwi quarter finalists in four attempts suggests they’re not quite a Championship team.

That said, I think the Crusaders will have just enough to take this: