As it stands prior to this weekend. See – it’s obvious, right?

Get out your whiteboard and pay close attention – this could be tricky. The Tahs flogged the Reds, the Lions pantsed the Tahs and the Reds beat the Lions, all in consecutive weeks. The Blues traditionally struggle in Sydney, yet overcame that last year. This year the match is at Brookvale Oval, so does that help or hinder the home team? Both teams are coming off last match losses, both have lost to the Jaguares, and neither team can beat a Kiwi team. All of which suggests it may not be a no-brainer.

If nothing else, this should be entertaining. Lions match excepted, a Tahs outfit changing the shape of its game, and generally for the better, against a Blues team that can do a fine impression of their fellow blue jersey wearing Le Bleu’s cousins in that no-one is ever sure which team will turn up, and when. It’s at Brooky, so that adds a new element to it, especially with the recent complaints from the local mungos about the surface quality. Izzy’s back, which is usually worth a watch if nothing else, but overlay his recent theological discussions and that adds another dimension too. Finally, whispering……there’s the odd chance that an Australian conference team might just snatch a W against one of those annoying Kiwi teams. But let’s not dwell too much on that, at least not until late Saturday night, if relevant. 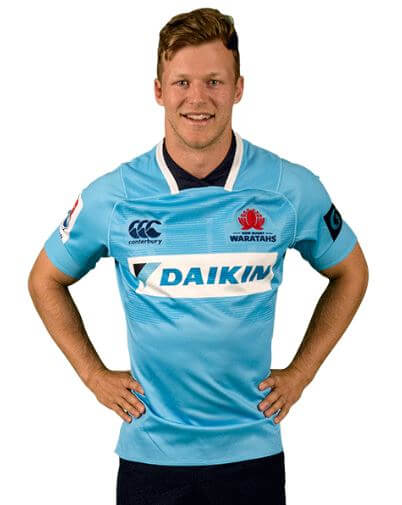 Our “cube”. Good to see him back, even if he was born in Auckland.

There’s fun all over the park, but let’s focus on the spices.
Cam Clark v Caleb Clarke (CC v CC) – the Battle of the “cubes”. If nothing else, listening to the commentators get their tongues around this could be interesting, especially if one of the said commentators shares a name and a gene pool. I like the inclusion of our CC – I prefer him to Newsome as he’s a cool head and a solid player who does the work. As to their CC – I look forward to seeing him.
Halves. This will be a ripper. I rate Pulu, and reckon he’d be much higher up the All Black pecking order if he played for a better Kiwi team. Many a time he’s been the one keeping the Blues alive. Meanwhile, Gordon is one of the form halves in the competition, with a similar playing style, so this will be a battle royale.
X-factor players. Ioane squared. They were the difference in Sydney last year, but as this season has progressed, their form has slowly weakened. Probably not helped by Reiko playing out of position, and the general lack of combination for the Blues due to their injuries (16 not available for selection this week). Meanwhile, Taqele and Izzy provide the sizzle for the Tahs, but they’ll need Bernie and Beale to be on song, neither of which happened last time out. No pressure boys.
Game Management. Not talked about enough, but it has come to the fore recently and for good reason. On balance, the Tahs have been better at it this year (let’s not forget, they lead the conference), so composure under pressure and some smart rugby EQ could be enough to make a difference.

The Tahs are reasonably settled (in between bizarre bovine backs and gospel rants), with coach Gibson only tweaking his combinations. Two back row flyers and a 5/3 bench with Izzy to 15 suggests a fast game, and the aerial tactics we saw before Folau was injured can be expected to continue. The Tahs pack has been improving at set piece, and this will be another challenge for them. Expect a similar style to the match against the Reds, with an Izzy overlay. Could be compelling. Conversely, the Blues will struggle with combinations, although they’ll welcome the return of Pulu, Kaino and Tuipulotu. I’m sure coach Umaga always has a game plan, but sometimes it’s difficult to discern. Game management seems to be a Blues weakness, as it has been for some years, and I haven’t seen much this season to disprove that. Individual brilliance will certainly feature, but it may not be enough. I hope Jaco is ready for some running because I think he’ll be busy. 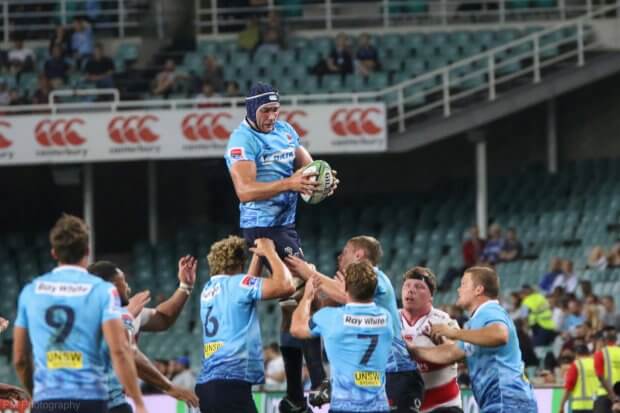 The recent return of Rob Simmons has helped improve the Tahs’ set piece.

Tahs by 4 in an unusual match. Be prepared for anything, and it may just happen.

Friday’s Rugby News
Crusaders in a canter over hapless Rebels