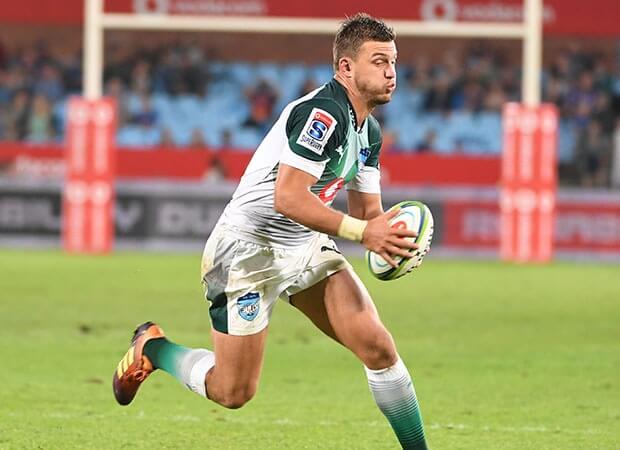 Another loss for the Melbournians against a South African team may cost them a spot in the finals.

The Rebels’ game plan evolution is continuing in a dangerous way.  The team that was once set to dominate the Australian conference, and reach for the first time in his history, now looks like a distant memory.

In a mediocre display of rugby, the Bulls dominated the hosts in the second half, scoring points against a leaking defence, and were never challenged in their own 22, thanks largely to an inconsistent attack.

The game started in the best way possible for the home team with Marika Koroibete crossing the chalk after only 8 minutes of play, but after only 2 minutes the visitors got one back thanks to Conral Henricks.  The Bulls soon took the lead after 17 minutes of play,  through a five-pointer by their flyhalf Handre Pollard.  From there the Bulls never looked back.

Genia scored an impressive try in the corner

Despite a good try Will Genia in the corner, the Bulls closed the first half on top by two points, with Cooper failing to convert the Genia conversion.

The second half started as the first, with a Koroibete try that gave the lead to the home team.   The lead was short-lived with the Bulls came back strongly to score two unanswered tries that put the game away from Rebels reach.

First to score was Burger Odendaal, then Rosko Speckman. Handre Pollard closed it off with a penalty from 40 meters to put a buffer between the two team.

Speckman had an impressive game out wide

In the dying stages of the match, incumbent Wallabies Matt Tomoua made his debut for the Rebels, but he wasn’t able to make his mark on the game.  The final play summed up the half; Rebels earn a lineout on the Bulls 5m Line, after some wonderful lead-up play, only to miss the throw, and gift it back to the Bulls.

Honestly, the Bulls could have won scored an even larger win  They wasted several opportunities with useless pick and goes in front of the posts, instead of opening up the ball and serve their un-marked wingers.  They bullied the REbels pack in the first half, which had them on the back foot.  The Bulls flat defence make it hard for Cooper to open up the backline.  The majority of Bulls points were scored from turnover ball, either aimless kicking, or a Rebels knock-on after countless phases.

The Rebels gave away countless possessions with kicks that ended nowhere or directly in the hands of the diligent South African backs. No sight of the expansive, aggressive game plan that saw the Rebels running the ball from everywhere in the first half of the season.