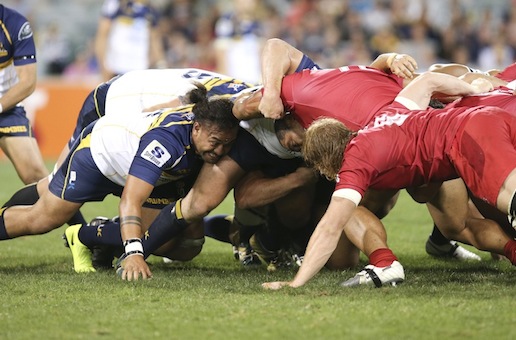 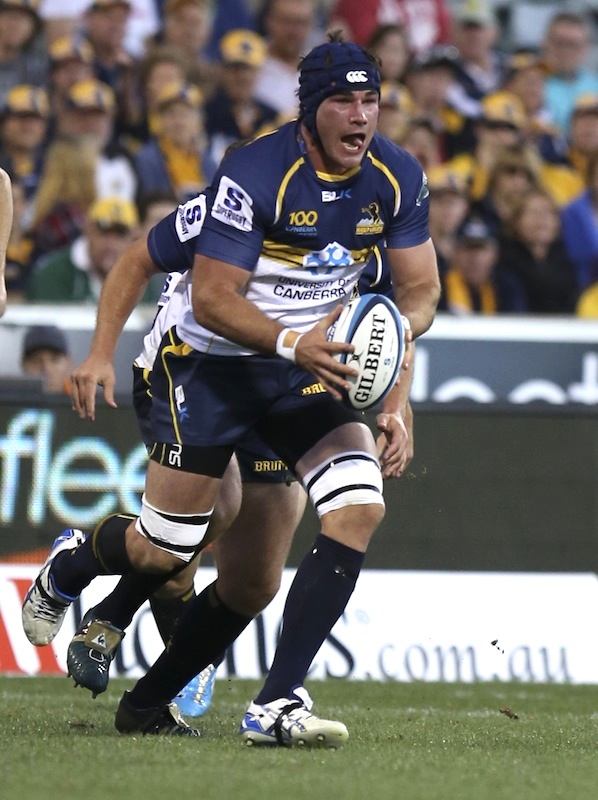 Just four years ago this game would be just another easy four points for a struggling Brumbies side. The Reds and the Brumbies have come a long way since then. Now this game is the highlight of the Australian conference and maybe the Super Rugby season.

The anticipation is thick in Queensland. We know we’re in with a chance. Things are falling into place and there is a feeling that our team is about to do something special. The Brumbies have been doing special things for a while. They stumbled in the final match of 2012 to let the Reds squeak into the finals and add a little respectability to a season smashed by injury. But then they roared into 2013 smashing the Reds off the park 24-6. Since then there have been major changes to both sides.

For the Reds Will Genia and James Horwill have returned from injury bringing leadership and aggression back to the team. Quade Cooper has slowly regained confidence after major knee surgery. A new workaholic back row has found its feet and allowed its youngest member, Liam Gill, to shine like never before. And Ant Fainga’a and Ben Tapuai’s midfield partnership has blossomed into something special.

The Brumbies have lost the best openside in the country. And have replaced him with George Smith, possibly the best openside on the planet! Matt Toomua has taken the fly-half role and used it to run his backline like few can. The maturity in his understated game is really pretty to watch. They’ve unearth big mobile props, huge second-rowers and a wrecking ball called Fotu Auelua.

The Reds took on the reigning champions at home and came away with a convincing win. Ewen McKenzie would have been particularly pleased with the rounded nature of his team’s display.

The Brumbies came up against the poorly performing Highlanders with predictable results. But Jake White would have been unhappy to come away without a bonus point.

The Reds’ only change is Digby Ioane returning from injury The Brumbies have moved Ben Mowen from number 8 to blindside flanker so they can add weight to their pack in the form of Fotu Auelua. Tevita Kuridrani comes into outside centre in place of Andrew Smith, who drops out of the squad.

The Reds and Brumbies will probably play very similar styles. They will flood the breakdown in attack looking for quick ball to unleash their backs. In defence they will compete for everything, trying to turn over possession, and if that’s not possible slowing down the ball. The Brumbies will try to dominate the scrum and the Reds will have their work cut out for them trying to break even. The Reds may try to counter the Brumbies’ long kicking game by running everything back at them.

I could keep going through the entire sides. There a tight contest all across the park. Hookers, the second rows, the centres… few positions have clear winners.

George Smith is the name on everyone’s lips. Saint George’s match-up against Liam Gill is my highlight of this match. Will Genia’s form and his combination with Cooper are always worth watching.

I want to pick the Reds! But the Brumbies are so good. But I want to pick the Reds! Okay, I’m picking the Reds. Why? The form guide doesn’t count in this one. The teams seem pretty even. Their stars are firing. Both coming off wins. Both won the same number of games. The one thing that we’ve got that could tip the balance is Fortress Suncorp. Is Father Lang’s park enough to push the Reds over the line?

Check out Scott Allen’s opinion piece on the lead-up to the match and Lee Grant’s preview of the other Australian matches this weekend. And you can get all the latest info on our Facebook, Twitter and Google plus pages.