Australian Rugby Fans Unite – a report from the Western Front 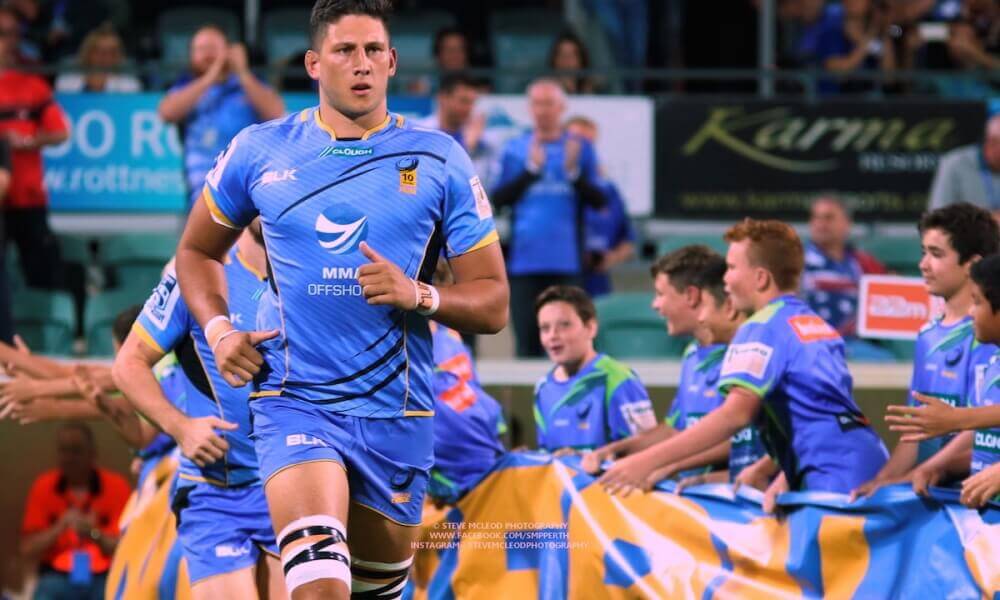 Australian Rugby Fans Unite – a report from the Western Front

Messages from the West don’t always make it through to Rugby HQ, so it was thought high time that the Eastern States got a full report on how things are progressing out West.

In short, right now. Not well.

We are currently flicking between disbelief and anger. For different, overlapping reasons. All of which centre around one issue – the future of Australian Rugby as seen through the lens of the Western Force (though I imagine our friends in Melbourne and Canberra may be familiar with some of this).

We don’t intend to lecture at great length about the virtue of the Western Force – as to why they should be preserved in future incarnations of Super Rugby. We also promise to do our level best to avoid the temptation to take shots at the East Coast along traditional lines (And yet we are sure you are reading this on a lovely NBN connection paid for with our share of the GST).

We will not bang on about how consenting to the removal of the Western Force would be stupid in the extreme, setting rugby in WA back decades or how, just as local player development is taking off… unwise in our opinions. Such choices will be business decisions as much as rugby decision. And such decisions are largely out of the control of the fans. The one thing that we can’t wrap our heads around is in our control – the reaction of the Australian Rugby public (that’s you and me). 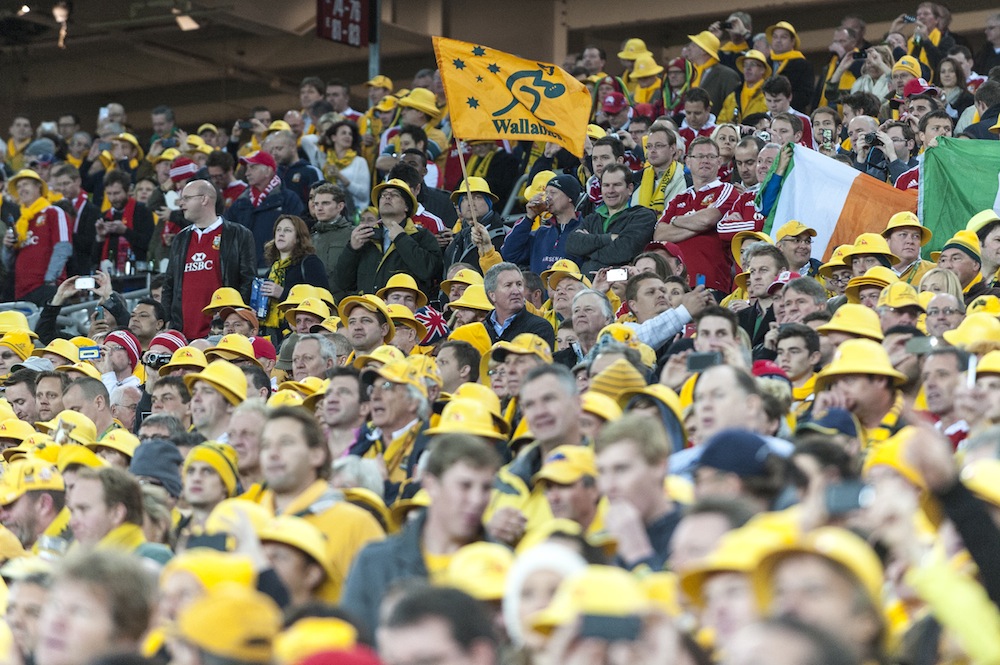 Aussie fans unite at the game. Can they unite for the Game?

The effects of a cut

We would like to invite Australia to undertake a thought experiment that we have done ourselves.

The clever among you (forwards, explain this to the backs) will have figured out what point we’re trying to make. Even if you dissolve a team and sprinkle its players among the rest of Australian rugby, we are not suddenly going to be on even footing. Shrinking is not a panacea for fixing what ails Australian rugby. This is the first thing we cannot get out heads around: the Australian rugby public seems to accept it on faith, that four Super Rugby teams will be more competitive.

We can’t see any reason to believe they will be.

It might make use marginally more competitive over the short to medium term as some teams enjoy a slight bump in skill level. Yet it seems to be accepted as gospel that Australian rugby will flourish with, and because of, four Super Rugby teams. 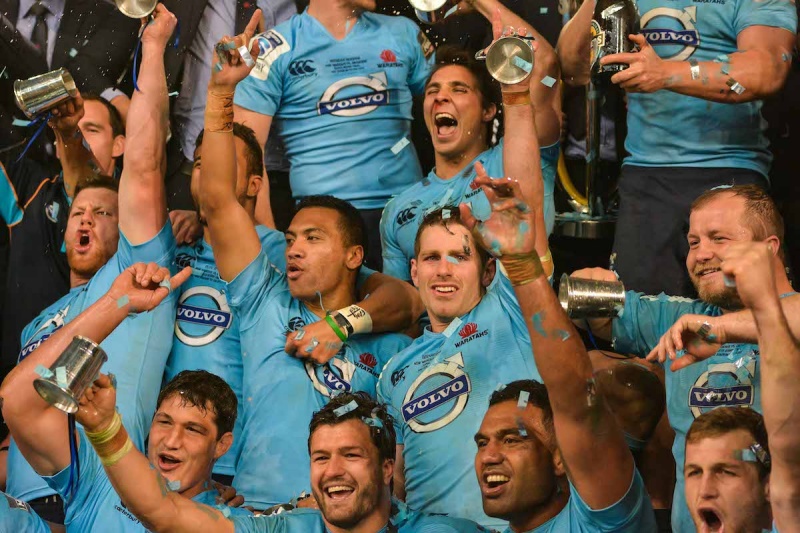 While we acknowledge that the South Africans are having equally fraught conversations currently, the conversations about their contribution tend to centre around who deserves to be at the top table, and not ‘can they support five teams?’

So, can we please not accept at face value this idea we can only support five teams? Maybe it is correct, but maybe its not. But the speed at which we have conceded this point is what we can’t understand over here. We didn’t even try to fight the narrative that we can definitely produce 60 top players, but producing 75? Forget it, totally beyond us.

It is not difficult to understand why we accepted this line of thinking.

We wanted it to be true.

The Kiwi’s are clearly in first with daylight taking the rest of the medals. We want to believe that the only thing separating our teams and Super Rugby glory is four starters from another franchise and a few of their academy players. Deep down you want to believe we are not that far off the pace.

But we are off the pace. And adding players who are off the pace to another group of players who are themselves off the pace, is not the solution. Skill levels, coaching and player developmental pathways and improved governance. We know this is how Australian rugby grows. It’s why the NRC fills you with such hope. It’s why the thought of losing an Australian rugby team fills you with unease that you can’t quiet name. It’s why we all won’t believe the lie. These other solutions will not come easily, they will not come cheap. There will be many false starts. Wouldn’t it be simpler if cutting a Super Rugby team was the pruning we needed? That brings us to our next item that Sandgropers can’t wrap their heads around.

For all the reasons outlined above, we don’t think the main issue is being spread too thin. Believe it or not, trying to get rugby to put down roots in an inhospitable West Coast environment with limited financial resources is an issue which has been wrangled with before.

In 2000 (one year after Ulster won the Heineken Cup, as it was then), the IRFU was within a stones through of folding up Connacht. They were too expensive, and they were underperforming. Then, much like now, future of all professional rugby in the west of the country was at stake. In 2003, Connacht supporters march to the IRFU offices in Dublin and delivered a petition to save their team. It was the drive of the fans to keep four teams in Ireland that led to the team being retained. Robbie Henshaw would have been 10 – 13 at the time and living in Connacht. Ask him if pathways matter.

It is common ground that success for Australian rugby requires growing the game, engaging grass roots with the excitement generated by the professional game. But we also seem to think the best way to do this is to withdrawn from a major city in the country? That seems strikingly defeatist. For as long as we think that’s all Australian rugby is capable of is being a force in Sydney and Brisbane, then, that is all we will be capable of. 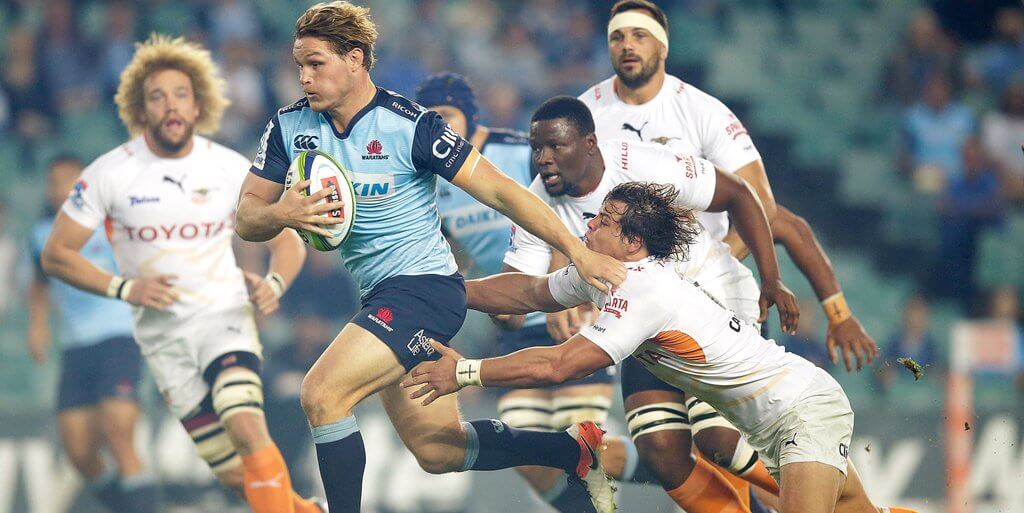 Can the Cheetahs ever prosper?

There will be some of you screaming at your screens at this point.  Enraged that I can’t see the obvious. It’s probably something to the effect of:

We accept all this. What we will not accept, and what no Australian rugby support should have to accept, is Australian rugby going quietly – standing there just hoping that it’s our mates that get the chop, not us.

But do you remember how hard we had to fight to get a 5th team? Getting the Rebels in instead of the Kings almost broke SANZAR. The South African’s fought tooth and nail to get their team. The whole thing went to arbitration.

As far as solvency goes, the Force looked to offer itself for sale to the public this year. By all accounts ‘Own the Force’ was a rousing success. The appetite was there. There are many people who think the competition can be amended without loss of a team.

The Sea of Blue will not lay this at the feet of the players. We’ll get annoyed when they lack technical skills, or let a game go in the last 15 minutes, but we have never felt like they have done anything but run their guts out. From Hodgson, to the Honey Badger, the team showed up for us. And we for them.

If the ARU fought tooth and nail for us, and still lost. We’d take it. It’s the capitulation by the powers-that-be which makes us see red.

And then our anger returns back to disbelief. How is it not doing the same to you? The fact is our ARU has all but conceded that only 4 of the 5 teams (barring an absolute bolt from the blue) will survive the restructure. When the time comes, do not ask ‘for whom does the final whistle blow?’ It blows for thee.

When you recover from the relief that it wasn’t your team, ask yourself – ‘what happens next time we have to stand up for Australian rugby?’

Will we push back against the pre-conceptions and say ‘No, we can do this’? Based on what we’ve seen of the negotiations, are you confident that the Australian rugby public and by extension our governing bodies will fight your corner when the time comes?

If so, we have a team in Perth to sell you.