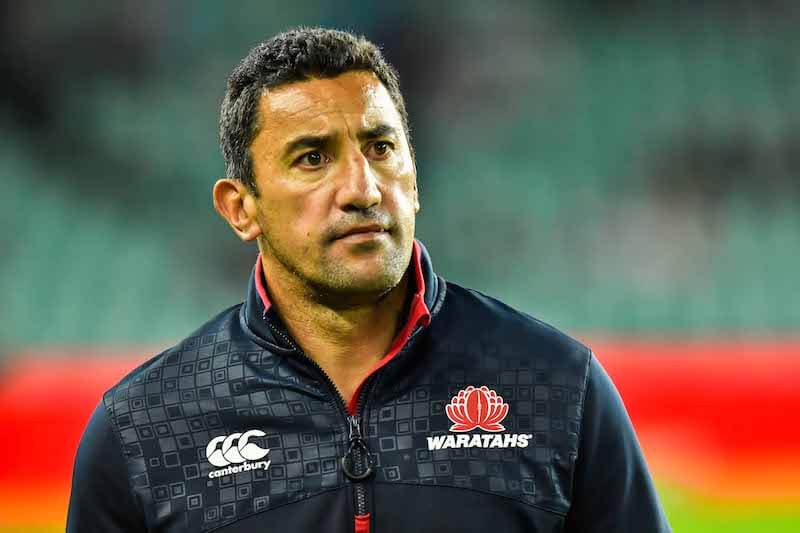 Everyone’s expecting a slaughter. Waratahs fans would be happy with an honourable loss, just don’t let it be a wipeout. Conditions were forecast to be awful, real Crusaders weather. But the weather gods were kind and conditions were great for rugby.

Both teams have come to play, and the action was fast and furious. The Waratahs were playing with speed, the Crusaders with power. The first 20 minutes play was fairly even, with the Crusaders making some uncharacteristic handling errors as a result of the Waratah linespeed. But while the play was fairly even, the scoreboard was not. Would you believe 29-0? I wouldn’t, but that’s what it was. Four magnificent Waratah tries, three converted, to zip.

From the kick-off O’Keefe started a trend that would continue all night. Any marginal decision went to the Crusaders. With Folau competing for the ball in the air, he was penalised for attacking the other player. Surprise! A Phipps box kick clearance inside the 22 was charged down, but the Waratahs continued to battle away. An explosive run out of our half put Cam Clark away for a great try in the corner, unconverted for 5-0. The next score was a Foley penalty from distance. Then Naiyaravoro jumped to secure an intercept and ran unimpeded to score under the posts for 15-0. The Crusaders kicked deep to Folau, who ran it back, passed to Beale then got the return pass to score. 22-0. Next to score was Rona off a great bomb take by Folau and it was 29-0 after just 23 minutes.

For the rest of the half the Waratahs were under sustained pressure and the Crusaders scored three times, two of which were converted. Phipps was yellow carded prior to the third try for an offence I couldn’t see and the half went an extra four minutes before it was oranges. The spectators were getting their money’s worth with seven tries and 48 points. That score was probably a fair reflection of the game. The Waratahs had suffered significant casualties – Fitzpatrick went for HIA in the first ten and didn’t return, Simmons busted his shoulder in a tackle and was replaced by Staniforth and Miller went off for Holloway. 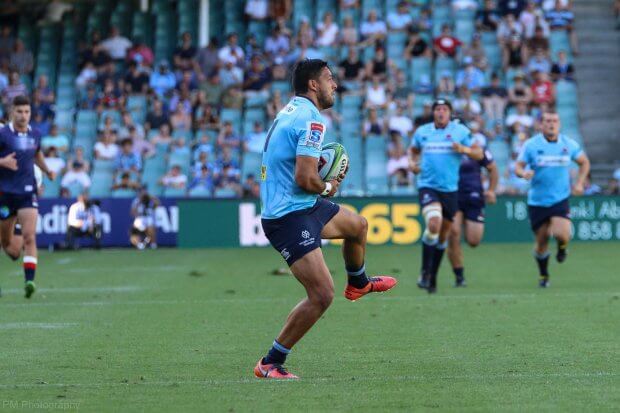 At the beginning of the second half the Crusaders were clearly on top. Their ability to offload in the tackle to a supporting player meant that despite the Waratahs tackling better than I have seen them all year they were still losing ground at a substantial rate. During this period the Waratahs got their only ruck penalty of the match and I was gobsmacked that O’Keefe awarded it given his leniency in the time up to that. The Waratahs scrum was under significant pressure by this stage, but still competing hard. Phipps came back on but only a few minutes later Naiyaravoro tried for a second intercept but could only knock on. Yellow card and penalty was the decision. The Crusaders kicked to the corner and bombarded the line till the debutante Ennor scored out wide. Unconverted for 29-24.

The Waratahs won a scrum penalty and Foley missed one of the kicks that could have won the game. Naiyaravoro returned to the game but the Crusaders had the bit between their teeth and O’Keefe awarded a penalty try after several scrums and the Crusaders had hit the front, 31-29. By this time the casualties were so bad that Johnson-Holmes was playing blind side flank, when Robertson was clearly fatigued and needed to be replaced. The Waratahs responded and the Crusaders conceded another penalty from distance but Foley missed again. Then with the Waratahs hard on attack O’Keefe adjudged that Staniforth had knocked on when clearly Todd put his hand in the ruck to knock it back. You could see from the look on Todd’s face that he had dodged a bullet. O’Keefe found another ruck penalty to the Crusaders to finish the game. Crusaders 31 – Waratahs 29.

On balance, this game was lost ten months ago, when the Waratahs decided not to bid aggressively for the big powerful forwards that were available and instead go for the lightweight locks and backrowers that they currently have. The Crusaders were always going to be able to dominate because the Waratahs have no one able to drive big runners backwards and destroy their momentum. The Waratahs technique that has their first tackler go low just allowed the Crusaders to offload in the tackle to the next powerful runner. They are very good at it and that’s why they lead the competition. Their offloading game allows them to wear other teams down because there is always a couple of players backing up to take the offload. In 2014 the Waratahs had Douglas in his prime, Jackpot and Palu. Now we have Hanigan, Miller and Wells and they just do not have the power game to stop the Crusader juggernaut.

Credit must still go to the Waratahs. While being clearly outplayed for much of the game, they scored some breathtaking tries and never gave up. A bit of luck with Foley’s kicking was all that stood between them and an unlikely win. That was as close as they’ll get to a win without getting the points as they will get this year. They are clearly the best Australian franchise, but the best NZ teams are still clearly better. The Bledisloes ain’t gonna be pretty.

I thought the officiating was poor. Three decisions stood out. Naiyaravoro’s yellow card was correct in law, though he was clearly trying for the intercept. But no NZ player in this competition has been carded for that offence despite it having been committed by them multiple times. Usually its just a scrum. The second issue was the blatant hands-in-the-ruck by Todd that was missed. The third was the blatant elbow to Beale’s neck by Moody in the lead up to the first Crusader try. Every official missed it and I guarantee it won’t be cited. 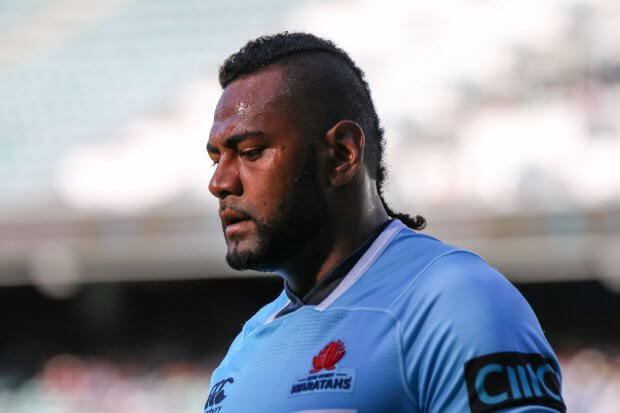 The try after the siren for half time allowed the Crusaders to go in to the sheds just ten points down and with their tails up.

For the Waratahs it had to be Folau. For the Crusaders, Bridge, Taufua and Mo’unga were very good and Whitelock’s referee management was very good, in addition to his play. Overall, give it to Taufua.

After this game showed the difference between the Waratahs and the rest of the Aussie teams they will be entitled to a good share of the squad. But only Folau, Beale and Rona clearly outplayed their opponents this afternoon.