Shute Shield results and review Round 17 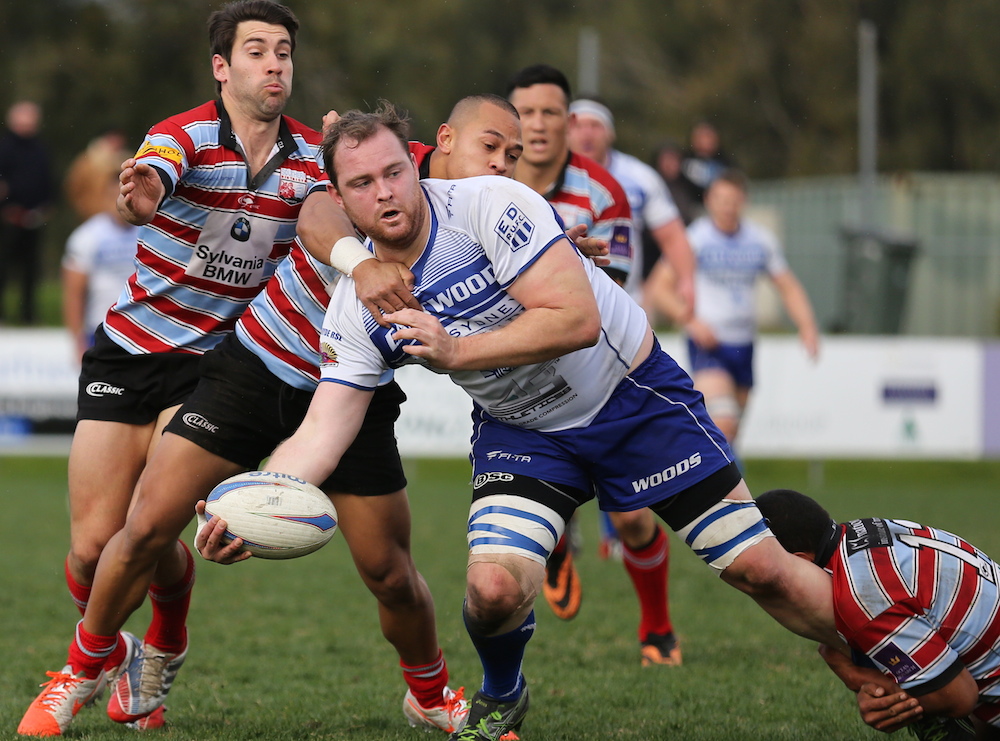 Shute Shield results and review Round 17

The Woodies have secured second place in the Magners Shute Shield home and away season, thanks to yesterday’s 16-13 away win over Southern Districts. 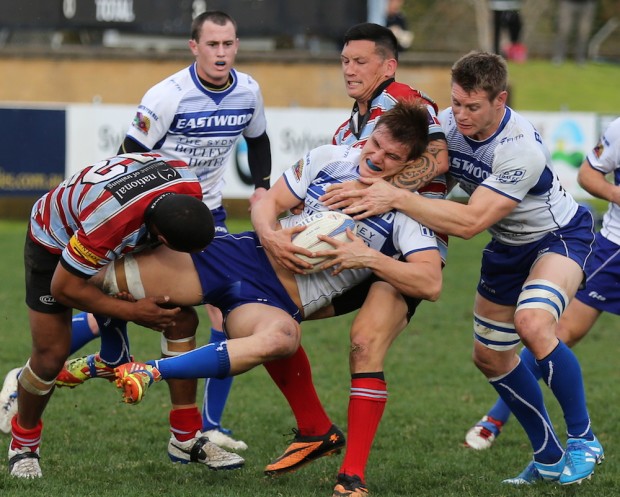 Tom Hill is brought to the ground_PL6 Photography

The win takes Eastwood to 69 competition points, six points behind leading Manly and six points ahead of third-placed Sydney University. Warringah’s loss to Randwick means the Rats drop to fourth, two points off the Students.

With just one round remaining, the top four teams cannot be caught and Manly and Eastwood are locked in at one and two.  Souths look to be safe in fifth and Randwick’s win yesterday will have helped the Galloping Greens’ cause as they battle to hang on to the last remaining finals place.

A number of Woods’ players were at their attacking best at Forshaw Rugby Park, including the exciting and ever-reliable Mick Snowden.

“We knew coming into today they were going to be tough,” said Snowden.  “They were very strong in defence and really made us work hard for our points.”

Snowden revealed the game plan for the Woods was to really shut down and nullify the opportunities of the Rebels massive backrow. “Their loosies are extremely big and very strong ball runners so we knew we had to pick our line speed up and stop them from getting over the advantage line. It was fairly windy and cold so maybe that helped us over the line.”

But Snowden’s sin-binning meant he got to cool his heels after an altercation with Rebel Kieran Black. A rangey backrower, Black was in the mix for best on field.  Although in a beaten side, Black was everywhere causing many headaches for the Eastwood side. “It was a very physical game and they really took it to us,” he said.

“Their forwards run very good lines and we just couldn’t contain them, it’s something we will need to work on coming into the business end of the season.”

After a last minute withdrawal of Waratah Ben Volavola, the Rebels found themselves behind on the scoreboard after a Ben Batger penalty goal got the Woods started before Mick Snowden laid on the perfect pass to give his side an 8-0 lead at half time.

The second half saw Paul Asquith get the Rebels on the board with a penalty goal of his own, before adding a second from the penalty that also saw Snowden yellow carded.  Tom Hill got the Woods going again, notching up three points before Michael Kovacic pilfered the ball near the Rebels’ tryline and pounced over to give his side the win.

Paul Asquith crossed for a late try to secure his side a losing bonus point and bring up the final score of 16-13.

Coming into the final regular season round, the top five spots look confirmed.  Sixth-placed Randwick go into their final Round 18 match against Northern Suburbs needing just two competition point to secure their place in the hunt for the 2014 Magners Shute Shield title.

Southern Districts will end the season by travelling to Chatswood Oval, where they will look to secure their place in this year’s finals series, while Eastwood will make the trip to Pittwater Rugby Park where they will face a Warringah side looking to bag third spot, knowing a win could see them leapfrog the Students.

The Beasties picked up maximum points after scoring four tries and showing good form in their 28-12 win over Parramatta. The Two Blues just could not match it with Eastern Suburbs but gave them a scare with rampaging forward Evan Olmstead continuing his try-scoring run.

The Marlins have secured the Minor Premiership for the 2014 season. Manly put on a master class as they ran out 47-point winners and got things back on track as they look to knuckle down coming into the finals series. Running in 10 tries including three doubles for Mark Swanepoel, Kasye Greer and Alex Northam, the Marlins again showed why they are favourites for this year’s title.

The Galloping Greens have all but secured their place in the knockout rounds with a 32-22 win over Warringah. Andrew Kellaway showed why he is one of the brightest prospects in the competition as he crossed for a double. Sireli Tagicakibau also crossed twice; both will be key as the two sides look to fire up for the last round match of the regular season.

The Penrith Emus secured their second win of the season, pulling off an upset, two-point win over West Harbour. Despite welcoming back Dave Harvey, the Pirates just could not hold on, as the fired up Emus snatched victory from the hands of their western rivals. Penrith winger Arthur Brown had a day to remember crossing for four tries. On the day his brother made his Super Rugby debut in the Brumbies’ Semi-Final victory, new Waratah Mike Ala’alatoa did his best to make it a double for the rugby family, finding the tryline himself.

The Students have came through with the goods in a hard-fought win over Gordon. The 10-point win has seen them move into third spot, leapfrogging Warringah.  The match also marked a milestone for referee Amy Perrett, who in taking charge of the first grade match became the first female NSW female to take charge of a Sydney Premiership.

For all your live updates and team news follow us on Facebook and on Twitter. You can also get all the highlights and previews from our match of the round at our YouTube Channel.