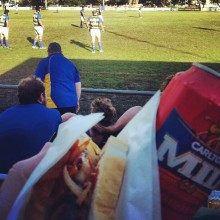 One to get your creative (and digestive) juices flowing

If you have been following along at home, you would have gotten wind of a comp this weekend for the 3rdTier.

In order to further encourage you to get out to a game and support the clubs, we have secured a BBQ apron to give away. We were a bit worried that a BBQ apron wasn’t quite enough, so we made sure it had the Australian flag on it. Still unsure if that would be enough, we got Wallaby and Reds flanker Beau Robinson to scribble his name on it. Beau was an obvious choice as people following the #3rdtier tag on twitter would know, his updates from the Souths match on the weekend were much appreciated.

This authentic BBQ apron can be yours, simply by posting a photo similar to the one above right. It needs to include a delicacy from your club such as a Sausage or steak sanga, a drink and some #3rdtier rugby in the background. Realising this will be highly subjective, get creative and make it easier for us. The decision will be made by our highly qualified panel of experts and will be final.

Enter by tweeting the photo along with the #3rdtier hash tag or post it on the #3rdTier’s facebook page wall. 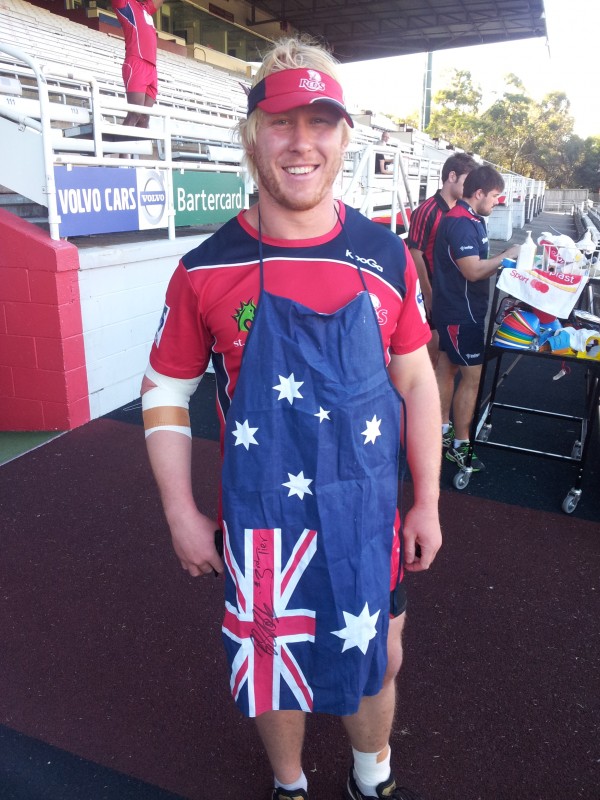 The prize, being modelled by Beau, could be yours!