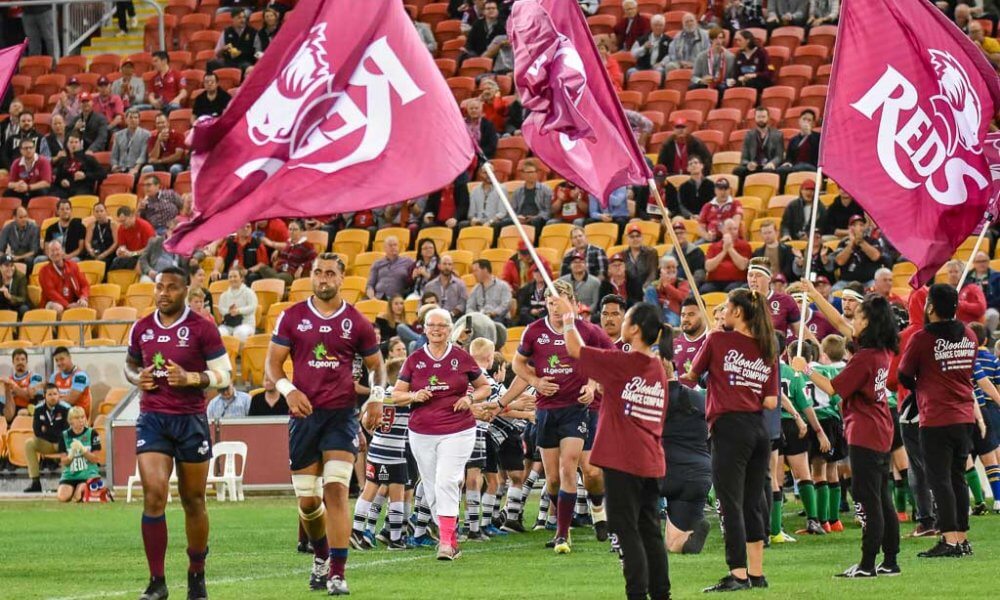 With the season all but over from a finals perspective, the Reds face a stern test at home to Jaguares team that is riding high on the top of the South African conference. They have rung the changes this week after a few weeks of what if rugby, including some significant returns and some key positional changes. With some fringe World Cup spots still up for grabs, there is ample motivation to perform.

Whether this will be enough to draw a crowd that will distracted by the evil corporate monstrosity that is State of Origin is anyone’s guess but the poor attendances at nearly all Super Rugby games has to have someone worried. Or does it? Who knows what goes through the heads of the boffins at SANZAAR? Why am I so distracted? Read on for the preview of Saturday’s game.

The up down, up down season of the Reds has continued with two relatively tight losses the last two weeks. The Waratahs game largely came down to a misfiring boot and some ill discipline, whereas last week exposed the key fact that without Samu Kerevi, the Reds backline is severely lacking in spark and finishing.

Samu Kerevi is the only player in Super Rugby this season with at least 5 tries and 5 try assists such is his line busting skills. When he does get the ball, he is attracting attention like my footpath does during kerb side clean up, and this then frees up others to continue with the play in space.

The Jaguares come into the game with an 8-5 record and find themselves clear at the top of the South African conference. They have won two on the trot, following a win over the Hurricanes in NZ with a win last week over the disjointed Waratahs outfit.

There has been some complaining in the past week (mostly from ex-Waratahs) that given they comprise so many test players that the Jaguares should be booted from the comp. I happen to disagree, it has been good for a country that suffered from the whims of European clubs or a low standard domestic comp that continually hampered their international results. My main gripe is that if we have given the Argentinians the leg-up in this way (economics aside) why we did not ever do the same for the Pacific Islands nations. Anyhow I digress, perhaps that should be the subject of it’s own think-piece. 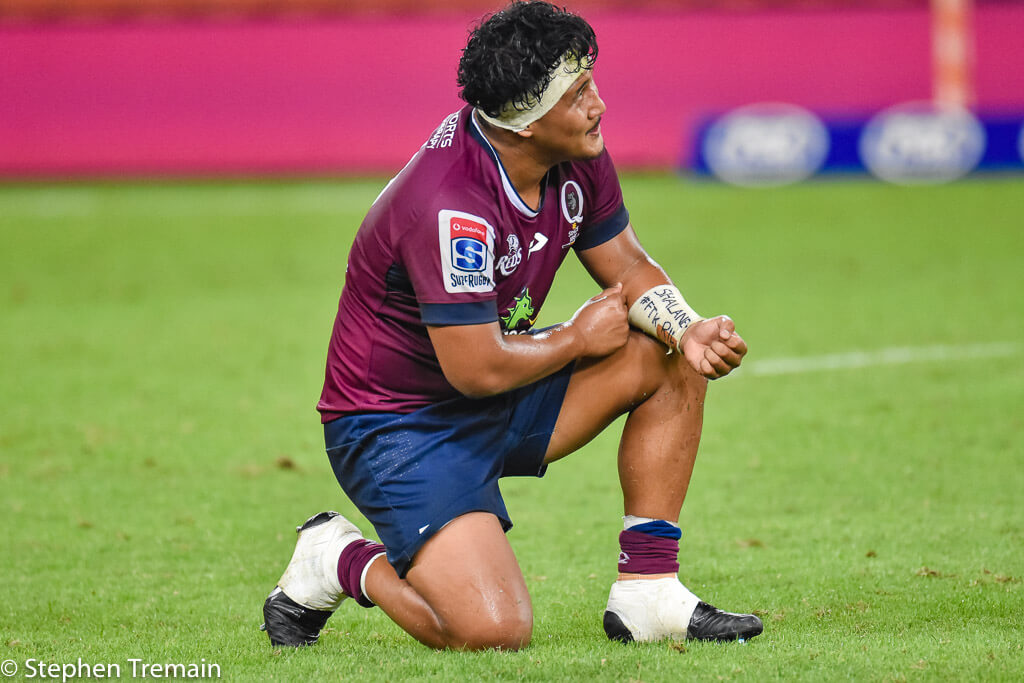 There are no less than six changes to the starting team, a mix of injury, returns from injury and associated reshuffles. The changes start in the front row, with the return of JP Smith from concussion and Brandon Paenga-Amosa from bench duties. Combined with Taniela Tupou, this is the return of the 2018 front row.

Despite Daryl Gibson ignoring the rest policy for his fleet of Wallabies, Izack Rodda falls foul of the dreaded policy this week, shifting Lukhan Salakaia-Loto back to lock and Angus Scott-Young to blindside. Scott Higginbotham marks his 100th game in a Qld jersey with a start at number eight. Big Lukhan has looked more like a 6 this year and has excelled there so hopefully the second half sub policy will get him back there late on.

At flyhalf is where is gets interesting. Bryce Hegarty and Matt McGahan have straight swapped, in what is clearly an audition of sorts for McGahan. Hegarty has been good all season without being exceptional so coach Brad Thorn is clearly trying to light a fire that takes some pressure off the captain. In the centres Kerevi returns as does Chris Feauai-Sautia from injury. Filipo Daugunu returns on the wing after a long stint out injured.

Bench wise, there is the return of Hamish Stewart from injusry, and Harry Hockings from his boot-to-the-head enforced layoff. There is also a potential debut for Bond Uni prop Gav Luka, and Scott Malolua remains in line for his first cap after traveling to Hamilton last week only to wear a big warm coat for 80 minutes.

At the tail end of four games away from home, the Jaguares have rung the changes from last week, with no less than 8 changes from last week. Names familiar to Australians like Agustin Creevy return to the starting side, while former Brumby Tomas Cubelli drops to the bench. The entire front row changes out, as do the locks, with Guido Petti switching to blindside. The halves also completely swap, as do the centres. I get that the tail end of a tour has led to fatigue but you have to wonder what such wholesale changes will do any continuity they may have. Have they underestimated the Reds??? Interestingly, it also appears the Jaguares have opted to go with a 6-2 bench split, leaving only Cubelli and the captain last week, De La Puente to cover the backline. 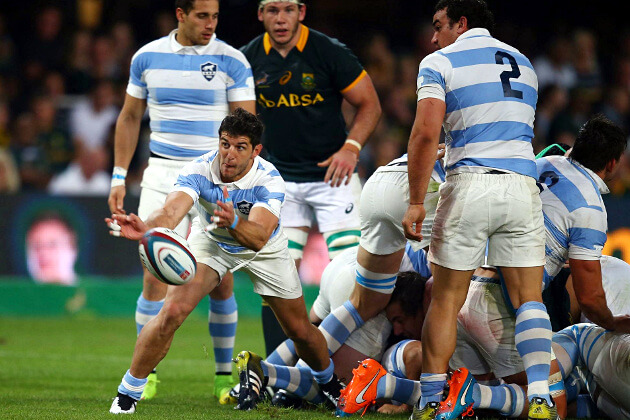 The lineouts- The Jaguares have tall timber galore and while not ranking in the top 10 on their own ball, have players in the list on the balls stolen statistic. Interestingly, Brad Thorn has benched Alex Mafi despite being fourth for accuracy in the competition. Whether Brandon Paenga-Amosa can continue this and also work with the pack to disrupt the Jaguares set piece will be an interesting battle.

Discipline- If you all thought the Reds had a discipline issue, wait till you see the Jaguares. They have conceded 30 penalty goals this season, to the Reds 18 and also given up more yellow cards. Should this continue, then it will come down to Bryce Hegarty having the radar aligned, and kicking the precious three points when the opportunity arises. Interestingly, Taniela Tupou is the most penalised player in the competition this year, giving away 19.

The Bench- Given the Jaguares are littered with internationals the depth of both sides will be brought into question. The Reds have two players yet to play a minute of Super Rugby and two that haven’t played in several weeks as a result of injury or suspension. How these players fare when they get on will be key- the Jaguares lead the competition for tries in the last quarter of the game with 16 so they clearly have run and the depth to pounce on the back end.

The question here boils down to one key point- will the Reds be unburdened by the fact that finals are out of reach, or will they just go through the motions? Despite their record this season, there has been more fight than there has surrender so I am inclined to think they will push on.

Whether or not this will be enough to beat a Jaguares team that is on a roll, after a win in NZ and then Sydney is the big question. A look at the losses that the Jaguares team have had (two to the Lions, one each to Stormers, Highlanders, and Chiefs) seems to possibly indicate a weakness against expansive, attacking play. If the Reds can throw some caution to the wind, they may cause the boilover, but I think they don’t quite have it in them.