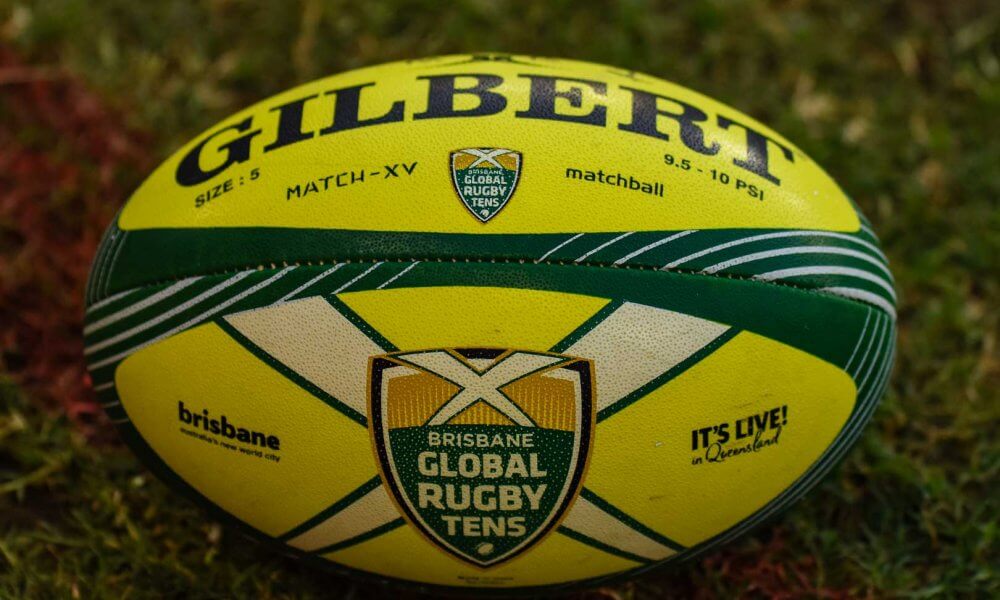 This week we look at all things Brisbane Tens, as well as a quick round up of the Aussie preseason matches.

Well, it was indeed a tournament to savour at the Brisbane Tens this weekend, with some electric rugby being served up to the rugby punters over two stinking hot days. For the fans, it was a chance to see a new exciting brand of rugby, while for the players and coaches (especially from the Australian and New Zealand franchises), it served as a handy hit out to blow away many of the cobwebs and see where their respective teams were at.

So where were they at? Well, the Kiwis were dominant again, with four of the five Kiwi franchises getting through to the quarter finals. In what was a great hitout, the Chiefs and Crusaders played out a riveting final, with the men from Waikato (spurred on by the sudden and sad death of club stalwart Sione Lauaki, aged 35) grabbing an emotional win 12-7. It came at a cost of two injuries, including a horrific leg injury to Mitchell Graham, but even he saw the funny side, dabbing to the crowd as he was taken off the field. 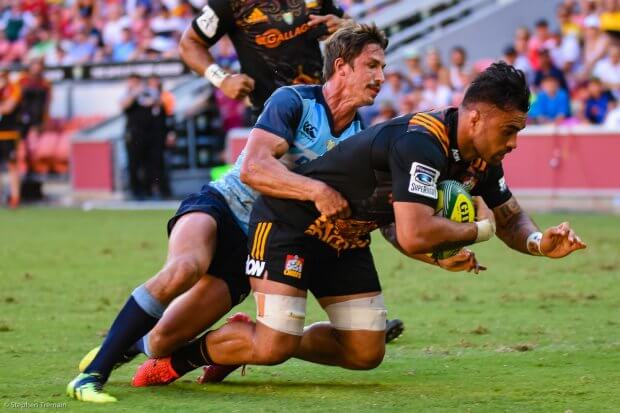 While the Kiwi teams can take lots of positives out of the competition, for the Aussie teams, there’s plenty of work to do. The Rebels and Waratahs were comprehensively outplayed in Group A. The Reds and Force scraped into the quarter finals but never progressed any further, and the Brumbies, despite winning more games than the Force, were unable to progress due to points differential, with all three teams in Group C ending with two wins and 7 competition points each.

While the Aussie teams struggled, at least we have a sense of where we are, and what we need to work on. Of the teams I was personally most impressed with, I thought the Brumbies were unlucky not to progress, the Reds did well in arguably the toughest group in the tournament, and the Force with many of their new signings like Curtis Rona continue to show signs of serious promise. But, even with this, it was clear to me that we need to be better. Much, much better.

FINAL THOUGHTS ON THE BRISBANE TENS

All the talk, build up and twenty-two games later, we finally got the Brisbane Tens. And,  did it live up to the expectations? Honestly, from watching it on TV, I thought it worked well. Yes, there were a few issues relating to Groups C and D having less teams than A and B, and yes, several players pulled out, but overall, I went in looking for fast, exciting rugby, and a good taster for the Super Rugby season to come. Guess what I got? Exactly what I hoped for. 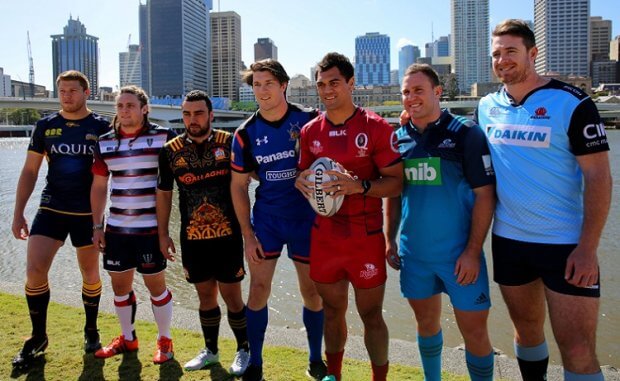 The Brisbane Tens lived up to the hype

The Brisbane Tens was agreed to as part of a four-year deal between the Queensland State Government and the Brisbane City Council, with the ARU benefiting as well. As a first edition of the tournament, it was a resounding success. The players and coaches of all teams have been quick to praise the competition for its atmosphere, fast tempo, and high energy games, which will stand players in good stead for a long Super Rugby tournament. The fans that came out have also been in high praise of the slick logistics of the tournament, and rugby on display.

Next year looks to be even more promising, with talks of Fijian teams joining the competition, having more night games, having a women’s tournament running simultaneously, and even talks of luring more All Blacks to play. If there is any issue with the competition, I would say that right now, it still needs to carve out a niche for itself. Right now, it runs quite similarly to the Sevens World Series, so the competition needs to find a way to stand out and be different from Sevens Rugby. The competition is in its infancy though, so we need to give it time methinks.

It is a competition that does have potential though. Unlike the NRL Auckland Nines, the Brisbane Tens has a lot more potential as a global product, due to the many rugby clubs from far and wide that can interchange in the competition every year, which will always bring a new fresh look to the tournament. European, Japanese, South African, Polynesian and even other Super Rugby clubs could be potential future players in the tournament. If it works a great pre-season and expands the rugby brand, then I say, bring it on!

DON’T LET THE TV DECEIVE YOU! 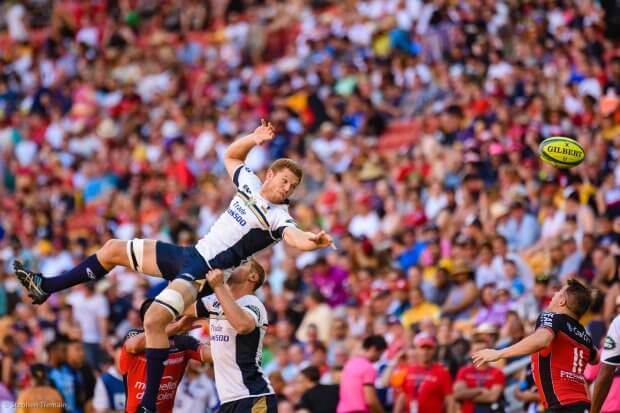 See?! There was a crowd!

Many would have thought from the broadcast and a rather unflattering piece on news.com.au that no one actually turned up to the Brisbane Tens. Quite clearly, the guy who wrote that was probably going off a couple of pictures that had been posted online showing the empty side of the stadium, bathed in sunlight.  But, as is always the case, looks can be deceiving. There were over 30,000 two-day tickets sold for the competition, but estimates have placed the overall crowd at around 40-45,000 over the two days. The reason why you couldn’t see them was because they were all taking shelter from the heatwave, sat on the shady side of the stadium. The only negative was it didn’t look good on telly.

Honestly, considering it was the first ever edition of the tournament, as well as being over 40 degrees on both days in Brisbane, I’d say 40,000 isn’t too bad at all. Goes to show, even with technology these days, it still doesn’t quite match to physically being there.

Of course, before and after the Brisbane Tens, our clubs will turn their attention to their remaining preseason trials before the kick off of the Super Rugby. Currently, there have been some mixed signs coming out of the Aussie camps. The Force have completed their two trials, a hit out against the Perth Spirit (comprising of many of the extended playing squad), and a solid performance against the Rebels. Wessels however doesn’t look like he’s counting his chickens before they hatch, pointing out that last year the Force beat the Hurricanes in a trial 30-0, then went on to have a woeful season.

The Rebels have had a mixed pre-season, losing to the Force and getting knocked out of the Tens in the pool stages. They do however have their final upcoming preseason fixture against the Queensland Reds at Ballymore today, nine days out from their first round match against the Blues. This will be an important trial for both teams. It will also be the Reds only trial fixture, aside from the Brisbane Tens. The Reds have looked promising though during the tournament, so this match will be a good indicator of where they are. 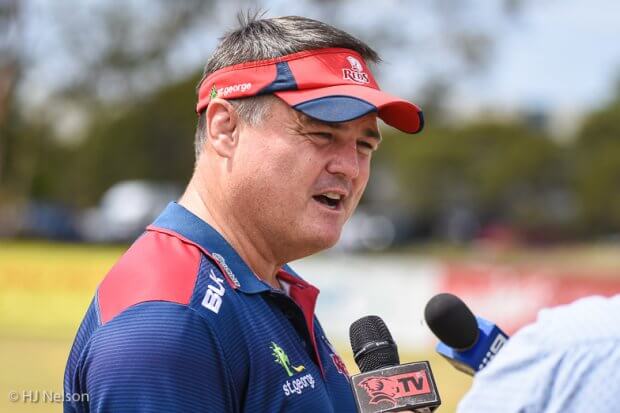 The Brumbies have had a mixed pre-season too, getting thumped by the Waratahs in Mudgee and not progressing past the pool stages of the Brisbane Tens. Many have predicted a tough season for the men from the nation’s capital. I myself am a glass half full man, and I reckon they will still be a tough outfit to crack. Finally, the Waratahs, aside from the Brumbies match and the Brisbane Tens, have one final trial against the Highlanders in Brookvale Oval. There has been plenty of encouraging signs from the Tahs this year, but the Highlanders match should be an interesting indicator of the progress of Daryl Gibson’s men.

I’ve been talking trials, but remember to take them with a grain of salt: more often than not, form in these games often does not necessarily translate to success on the field during the regular season. In fact, sometimes it has even been the opposite.

I predict that the Rebels will win against the Reds at Ballymore today, having had more hit outs and more time to make necessary changes. The Waratahs will most likely beat the Highlanders in Brookvale on Thursday, as Kiwi teams often rest their best players before the season starts. All teams should use these games to fine tune many of their strategies for the first round, as everyone will be looking to get off to a winning start. 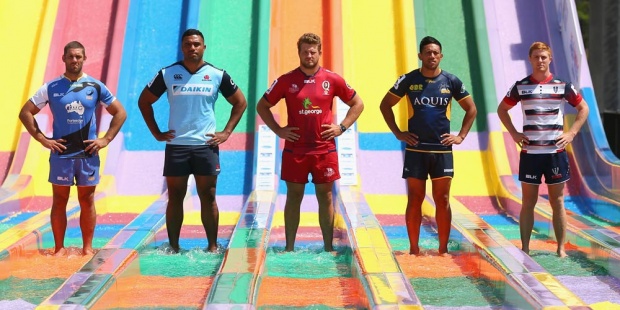 The wait is nearly over folks…

Personally, I can’t bloody wait for the pre-season to be over, as that means the Super Rugby season will be upon us. It’s been way too long…