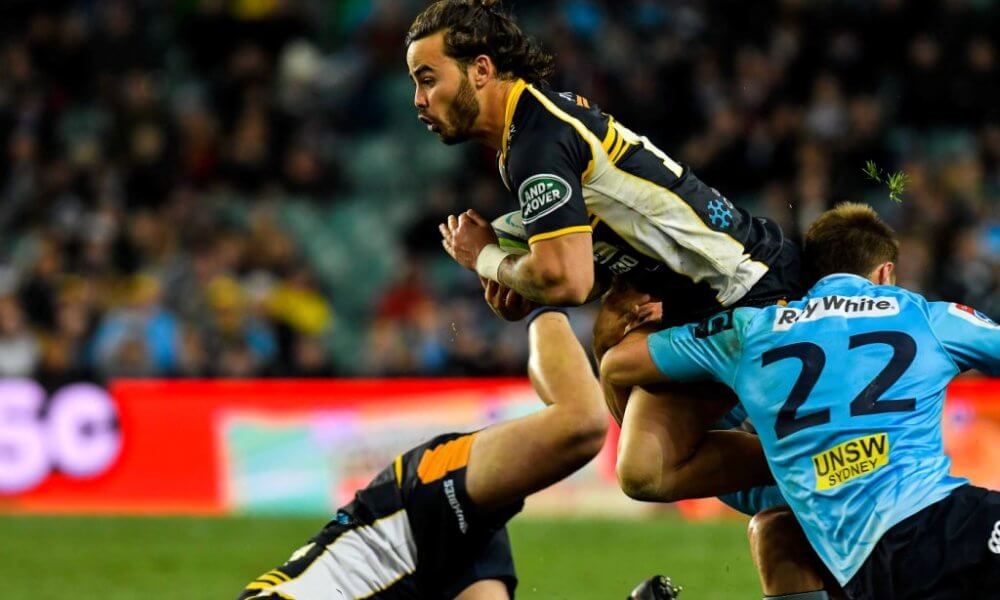 Thursday’s Rugby news sees the Force take on the Reds on the Gold Coast, and the Waratahs looking for redemption against the Brumbies, while Rugby Australia reveals more details on the State of Union series and the 2021 Lions Tour in jeopordy without fans. 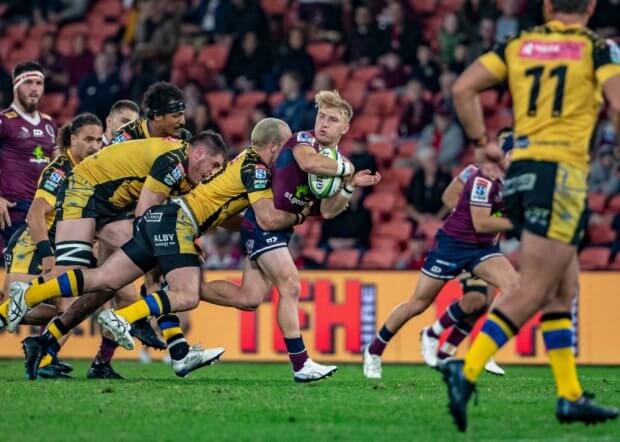 The opening game of Super Rugby AU this week will see the Western Force “host” the Queensland Reds on Friday night at their new home at Cbus Super Stadium on the Gold Coast. The Force are desperate for their first win in Super Rugby AU after puting in some solid performances over the competion.

They will have their work cut out for them if the Reds show up in defence like they did last week. Reds coach Brad Thorn described the team’s effort against the Rebels as State of Origin-esque, as the players made 204 tackles to the Rebels’ 66.

Tate McDermott shot back into Wallabies contention after getting through a massive amount of defensive work, saving at least two certain tries in one-on-one efforts against bigger men. McDermott said the belief is back at Reds HQ.

“It’s all about believing and we’re slowly believing that we can,” he said.

“It’d be massive (to win Super Rugby AU); it’s hard to sit here and promise you stuff, but we keep talking about it and it must get frustrating listening to it.

“But hopefully people are starting to see what we’re about.”

The last time these two teams met in Round 3, they were narrowly separated by two penalty kicks in a 31-24 win for the Reds, but the mood in the Force camp remains positive, with veteran centre Richard Kahui saying the bond in the team was as strong as ever.

“Our culture and camaraderie is as good as anything I’ve been in,” the former All Black explained. 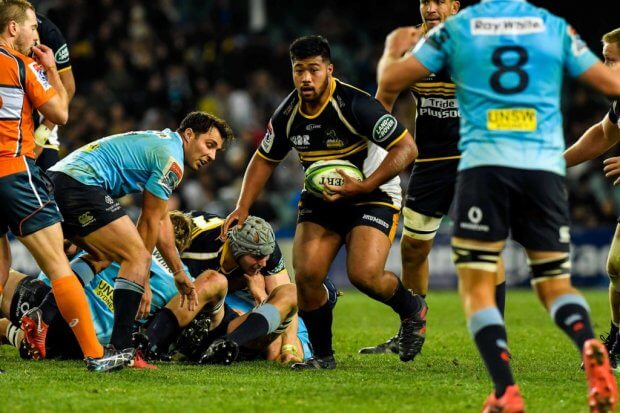 For the second game of Super Rugby AU, the NSW Waratahs travel down the Hume Highway to take on the ACT Brumbies in the ultimate grudge match.

The Waratahs are out for revenge after a 77th-minute try from Brumbies halfback Issak Fines and a successful conversion from Bayley Kuenzle sunk the Tahs when they last played in Sydney.

Competition points are also on the line, as the Brumbies currently sit on top of the table, and the third-placed Waratahs are sitting just three points adrift. Whoever gets the win in this game could have huge ramifications for the competition, with spots for the finals at a premium.

The Waratahs are riding a two-game winning streak after a shaky start to Super Rugby AU.

“There’s a bit of history between the Brumbies and Waratahs,” Waratahs assistant coach Matt Cockbain said.

“And we’re playing for the Dan Vickerman Cup too, a legend of the game and a guy who I was lucky enough to play with.

“We’ve spoken about that as well. We haven’t had our hands on that trophy, and we’d like to do that.”

The Tahs will be looking for redemption, with Cockbain claiming they are still seething after that close loss last month.

“We’ve spoken about it, that one hurt a lot. It is a bit of a motivation,” Cockbain said.

“We should have closed that game out better than we did.

“We gave them an opportunity and they took it, which is a credit to them.” 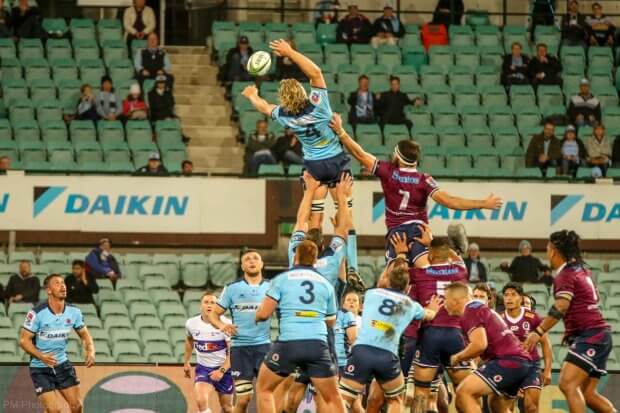 Rugby Australia chairman Hamish McLennan has his heart set on getting the State of Union concept up and running, stating that the invitation to play would be thrown open to overseas Wallabies.

McLennan likes the idea of a three-game series as early as next year, and like Sean McMahon, Will Skelton, Quade Cooper, Will Genia, Samu Kerevi, Bernard Foley, Izack Rodda, Rory Arnold, Sekope Kepu and Nick Phipps are being thown around as candidates who could come back from their respective clubs to particpate.

The bold claim would give the series a huge profile boost.

Plans are moving fairly quickly, with word that the potential NSW and Queensland teams will base Their selections on places of birth or club affiliation.

“We need more tent-pole events baked into the rugby calendar, and we will continue to create more event television for the game,” McLennan told the Daily Telegraph.

“We’ll consult with the Waratahs and Reds to get their views, but it would certainly add a lot of interest to the game.”

Rugby Australia has no illusions that it would take time to build up the rivalry to State of Origin levels, but McLennan is determined to see it on the calendar.

Another of McLennan’s proposals is to have an Anzac Day Test against New Zealand, as part of the Bledisloe Cup. 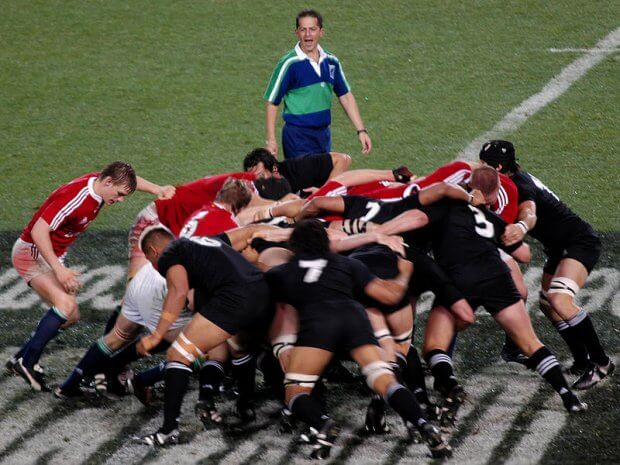 The 2021 British and Irish Lions’ tour of South Africa may be cancelled if touring fans are prevented from attending because of the coronavirus pandemic.

South Africa Rugby are worried that the absence of travelling supporters would make the event commercially unviable.

At this stage, the tour is proceeding as scheduled, beginning on 3 July 2021,  but could be abandoned if the estimated 20,000-strong contingent of Lions fans are prevented from coming over.

“There has been some talk of moving it out [to a new date], but our travel advice is that by June/July, we should be at what is deemed to be normal international travel”, said South Africa Rugby chief executive Jurie Roux  in a press conference.

“But we are monitoring it on a monthly basis. Travelling for international events will likely still be under more pressure than pre-Covid [in July 2021].

“No spectators and people not being able to travel would not make this commercially viable and then we would discuss how we continue with the tour.

“We’re obviously looking at a number of different contingencies around what happens if Covid-19 continues in the way that it currently does.