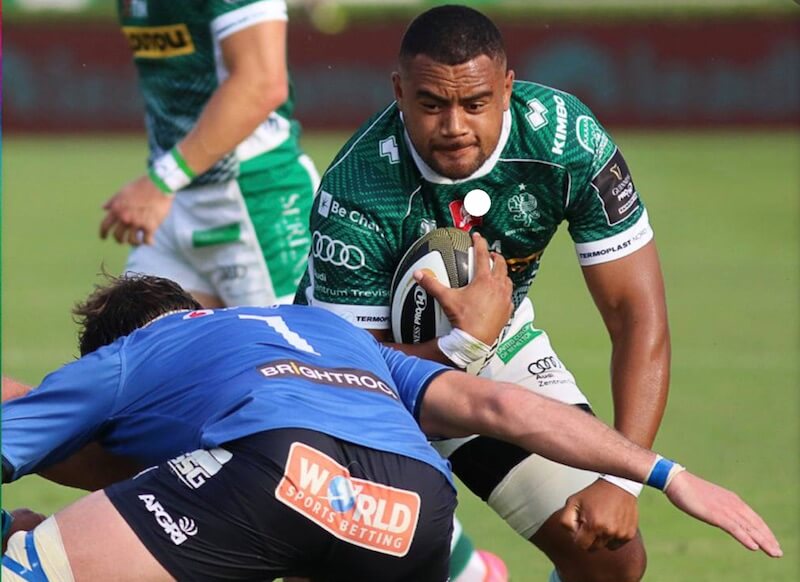 A historic win for the Italian team in the first Rainbow Cup final.

In Kieran Crowley’s last game before leaving Treviso and becoming Italy’s coach, the biancoverdi stunned the South African champions in a comprehensive way.

Treviso wasn’t able to win a single match in the Celtic Cup regular season, but was the dominant force in the Norther Hemisphere group of the Rainbow Cup and went on to dominate the final played on home soil in front of a COVID capacity crowd.

With the South African teams due to join the celts in the United Rugby Championship from September, the unexpected 35-8 demolition of the Bulls by the Italian team is a signal that the upcoming season will not be an easy one for the teams from the Republic.

This is the first major title won by an Italian team in the history of Italian rugby, a day to celebrate in the country often accused to be the uninvited guest at the 6 Nations’ table.

Treviso was able to force the host on the back foot from the very beginning and draw first blood with Melbourne-born winger Monty Ioane, who scored in the 5th minute in the corner.

Man of the match Paolo Garbisi saved the home team at the 24th minute with a desperate tackle, but the visitors crossed the chalk 3 minutes later in what will be their only try of the game.

After Chris Smith temporarily levelled the score in the 32nd minute with a kick in his own half, Treviso got the upper hand before the end of the first half.

Treviso scored twice. First thanks to an opportunistic try by former Bulls’ academy player Corniel Els, who was quick to touch down the oval in the Bulls’ try area. The second try came in form of a penalty try after Els was tackled high in his effort to touch down for his second major.

Leading 20-8, Treviso started the second forty minutes full of confidence and crossed the line for the fourth time after just 4 minutes of play. Outside flanked Michele Lamaro over the chalk after a pinpoint kick from Garbisi caught the Bulls’ defense off guard.

Garbisi was again instrumental in the fifth try for the home team with a perfect assist to Edoardo Padovani.