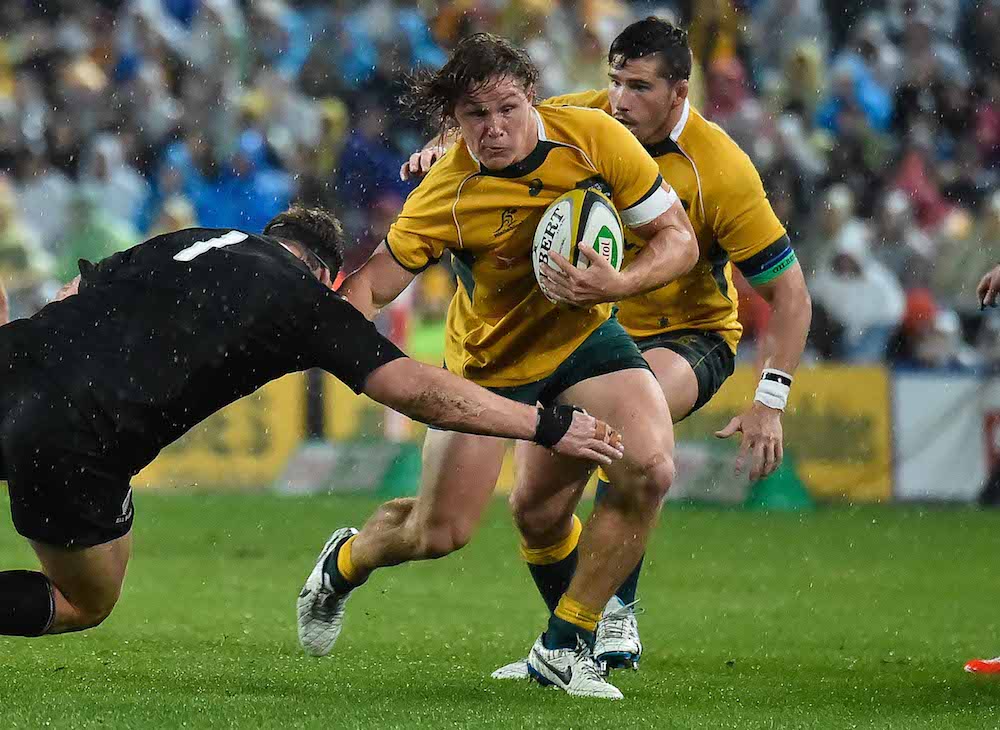 The Bledisloe the Wallabies lost

The Wallabies lost that Bledisloe match in Sydney last Saturday. When you have an All Black player absent for 20 minutes in a close game and you enjoy two-thirds of possession and territory you have to win.

I have just had a chance to start watching my replay of the Bledisloe having been at the ground on Saturday night after running through a downpour to get inside the stadium. I had no idea if my seat was under cover or not, but luckily it was, just.

It’s strange to watch a replay when you have seen it from another angle and some things surprised me though I watched through binoculars at the ground. Here are some stray Tuesday thoughts, in no particular order:

Not the best haka

• I like watching the haka but the one they performed on Saturday night isn’t a patch on the strident cadence of the “Ka mate” haka of Te Rauparaha.

• To beat the All Blacks is always difficult but the Wallabies can improve by playing the head game better—sometimes physical or skill attributes don’t matter.

Folau taking the ball across the plane to give NZ the first lineout throw – Fardy ending up in a ruck where he wouldn’t have been had there been a snake where he landed – were within a minute of each other. And when they restarted after Cruden kicked the penalty goal the Aussies were in front of the kicker.

Those things had nothing to do with skill; and all that was at the start of the game. Then there were the too-long passes in the wet, and so on—and yet we talk about other things most of the time.

• Not that the All Blacks started brilliantly: the way that Aaron Smith butchered a try coming straight towards me at the ground made up for the mistakes of the Wobs up to then.

• Then Fardy got pinged in the lineout not long after. I love the way he plays but there is a good reason why he was one of the most penalised guys in Super Rugby this year: he is not as good as the Kiwis are at being invisible—though he had a good run for his money on the last EOYT.

• The 30 metre kick-throughs by the Blacks were effective as they had the Aussie fullback coming forward and someone else running back to retrieve the ball and getting in each other’s way. I thought Hansen out-coached McKenzie in this element of rugby but, strangely, they started to kick longer in the second half.

• Peyper had a horrible game in the Super Rugby semi-final at Allianz Stadium and was poor at ANZ also in Bledisloe I. The most considerate, yet also the worst thing you could say about him is that he tried his best.

He is supposed to be the fifth-ranked referee in the world. This game deserved a higher ranked ref and as it turned out the conditions made that more necessary.

Say what you want about Joubert and the Super Rugby final but he let the game breathe. Peyper nearly suffocated the test match.

• One could see that the election to scrum before half time took advantage of the All Black yellow card which rid the NZ oprichniki of one of their raiding backrowers, but I was almost in despair when that decision was made instead of taking the easy penalty goal.

• Pat McCabe and Rob Horne were not bad types of wingers for the conditions as it turned out, and Horne had a strong game, but they needed a fit Henry Speight to score that try we blew and we had nobody else in the stable of that Ioane type when the big chance came.

My first thought at the ground was that the Waratahs would have scored that try and watching highlights in the news didn’t make me change my opinion. To be fair the Tahs woud have benefited from months of playing together—but it was still a what-if moment.

And one wondered why a field goal attempt was not set up near the end of the game. What-if.

• The All Blacks were not the commanding figures of recent times and nor were they when the Wallabies stopped their winning streak in Brisbane with another try-less draw two years ago; but full marks to the Black Death for trying to run the ball from their own half at the end of the game (on both occasions) trying to keep their streak going.

• I’m only up to 20 minutes of the replay, having seen news highlights already of some items mentioned. I will spare readers from “War and Peace” but at the ground I thought that Romain Poite would be harsher on our scrums at Eden Park than Jaco was at ANZ.

• The 1984 Wallaby backs would have done better in the rain than this lot. Thirty years ago they played close and you would often see three backs just a couple of metres apart moving the ball to each other and maybe some of them looping around. The short passes they used would have been better than the longer Harbour Bridge passes with a wet ball I saw on Saturday night.

• It was good to see the physicality of the Aussie teams in the Super Rugby semi-final a few weeks ago reproduced by all the Wallaby forwards in the test match.

• Despite my criticisms, the Wallabies did better in the rain than they have in the past when they have been like babes in the woods. Their one-point win against Argentina in Perth last year was also a good rain effort; so maybe there is a favourable Wallaby wet weather forecast for the World Cup next year.