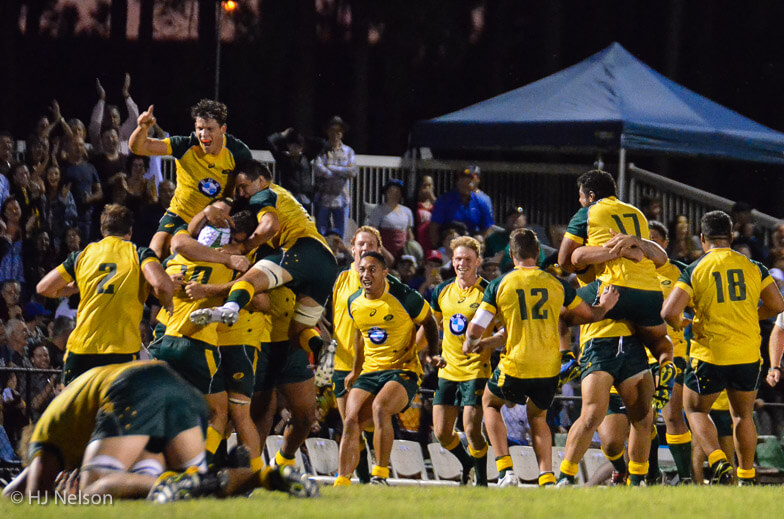 It was a vastly different Australian team that turned out against New Zealand in Game 2 of the Oceania Series at Bond University. Minor changes in personnel in numbers 1 -15 on the field, but major changes in the space between the ears.   Motivated by Head Coach Adrian Thompson’s assessment of the first game on Tuesday night, as ‘unacceptable’, the Australian U20 team, took advantage of a great start, to record a final minute 25-24 win over the New Zealand U20s team.

Hooker Josh Taylor was quoted in the Gold Coast Bulletin before the game as saying of their opposition – “They are the benchmark, but at the same time we probably paid them a bit too much respect. We’re capable of so much more. We left a lot out there.” 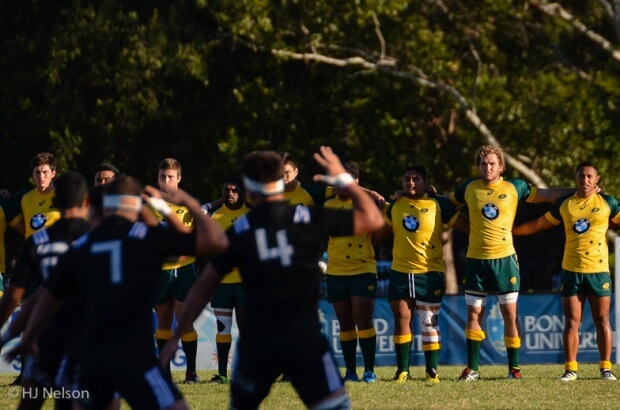 This was shown in a more confident start, without any of the simple handling errors that plagued the Australians in humid slippery conditions on Tuesday night. They also showed intent to move the ball wide. After left winger Joey Fittock was pulled down short on one wing, the ball was spread quickly to the other wing for fullback Maddocks to put Simon Kennewell into space and score in the corner. Mack Mason converted from the side-line for a 10-0 lead after 5 minutes. 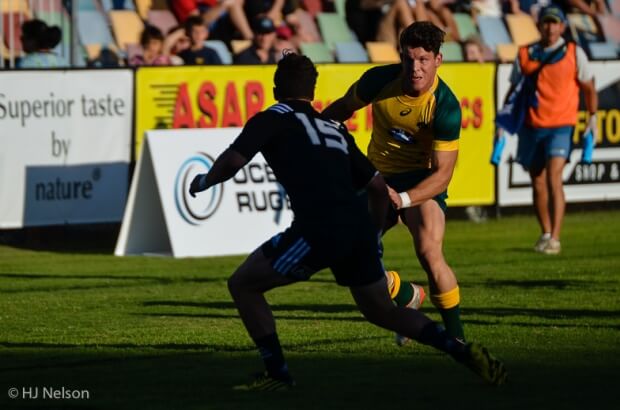 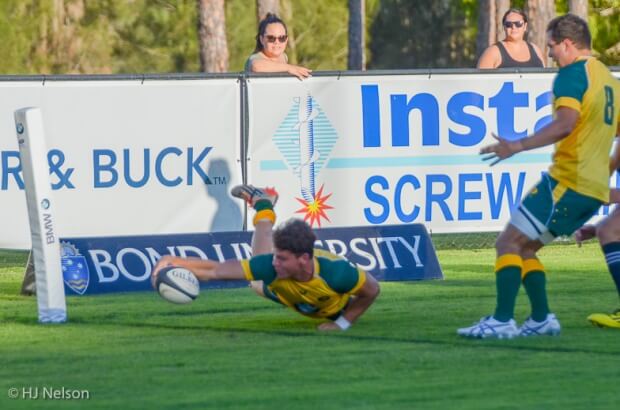 The Australians then benefited from a string of penalties, when Mack Mason landed a penalty goal for a 10 – 0 lead. New Zealand then had chances to score, but the Australian defence held them out, and New Zealand elected for a kick at goal from an off-side penalty. 10-3 after 20 minutes.

Australia suffered a set-back, with an injury to Ryan McAuley (30 minutes) replaced by Harley Fox, with Angus Scott-Young moving to lock

Reds squad member Izack Rodda, making his return from injury,  used his bulk to crash over in the corner to extend the Australian lead to 17-3 in the shadows of half-time. The Australian set-piece was also working well, and a line-out steal by No. 7 Liam Wright kept the half-time score at 17-3 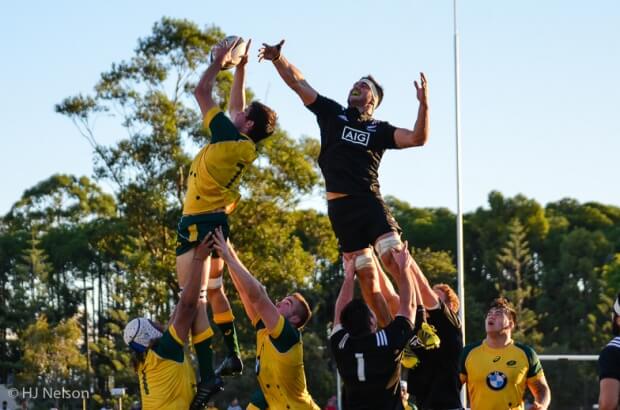 After the half-time, it seemed inevitable that New Zealand would fight back and close the gap, but uncharacteristic handling errors, and strong runs from Maddocks, Rodda and then Fox allowed Joey Fittock to cross in the corner, and put Australia out to a 22-3 lead. When the New Zealand fightback came, it was against the run of play, with Australia unable to capitalize on a great run from Nick Jooste, with NZ fullback Makene scoring at the opposite end a few minutes later. Both teams then made changes, and that paid off for NZ with replacement half-back Nock scoring and Barrett converting. Score 22-17 with 20 minutes to go. 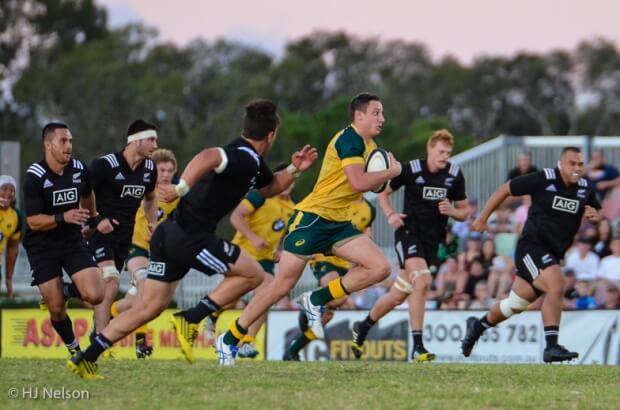 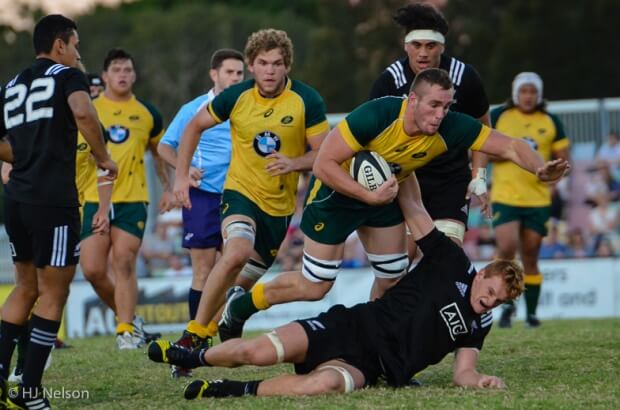 Australia then looked like they would be the next team to score, but an intercept and length of the field try by NZ winger Lowe, put paid to that and NZ were in front for the first time (24-22) with 10 minutes to go.

Australia worked their way down field thanks to a good run from Shambekler Vui, but NZ fought straight back through Stephen Perofeta, but pushed passes turned the ball back over to the Australians. The Australians were then able to get in a scoring position one last time thanks to their strong set-piece, and were rewarded with a penalty on the 15-metre line. Mack Mason held his nerve to kick a challenging kick, and Australia had beaten New Zealand for the first time in Under 20s, 25-24. 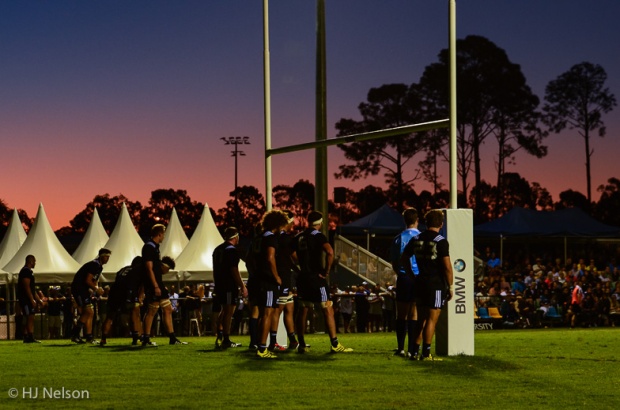 New Zealand await their fate, as the sun sets 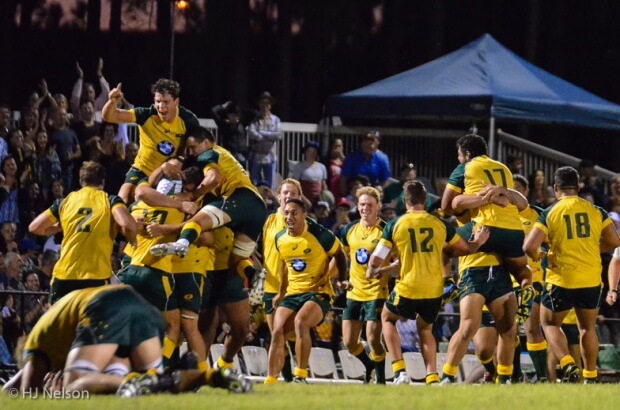 The Kiwis still had something to smile about though, retaining the Oceania Rugby U20s Championship trophy on aggregate across the two games. 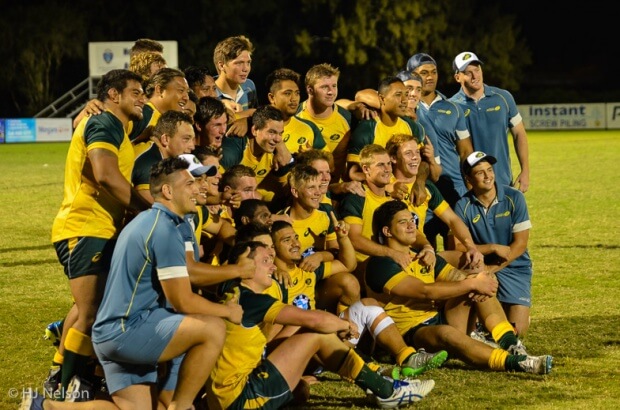 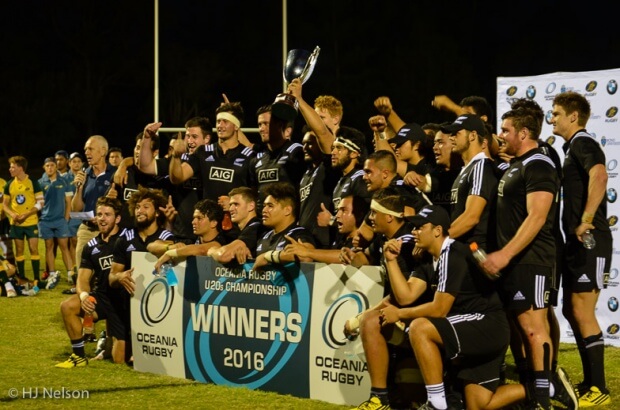 The confidence shown by the Australians from the outset, perhaps due to a roasting from Coach Thompson. They held their passes, and sent the ball wide with success.

Maddocks ran the ball strongly, and kicked well. Tuipolotu and Jooste provided spark in the mid-field. Entire forward pack showed more mongrel than their previous display. But the GAGR MOTM goes to Mack Mason for marshalling the back-line well, and kicking 4 from 5 including the match winner at the death.

Isack Rodda made a successful return from injury, and added a lot of go-forward. Simon Kennewell also showed the showed the speed which has made him a player to watch in 7’s

Waratahs beat Cheetahs in the least. Memorable. Game. Ever.
The men in Blue in Full Force in Tokyo