Video: Are RWC lessons being heeded up north? 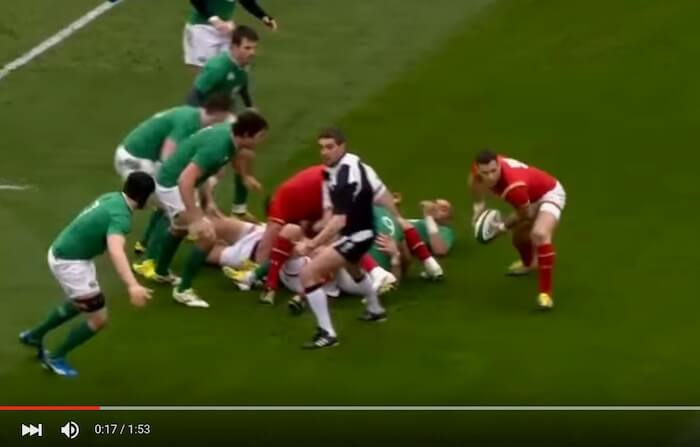 Video: Are RWC lessons being heeded up north?

The Wales assistant coach Rob Howley epitomised the need for a new attitude to attack in the Northern Hemisphere after the World Cup last autumn when he said:

“We want to pass and create space in the outside channels and there is no question that the game is evolving. In the coming weeks we will be looking for the ability of players to scan and achieve one more pass to get the ball wide.”

The popular model for development was Argentina, who after a few years in the The Rugby Championship had advanced to the point where they could take apart a defence as good as Ireland’s in the first half of a WC quarter-final and score over forty points in the process.

So what evidence is there that this new attitude is taking root in the Six Nations tournament after the first round of matches? Eddie Jones’ England were true to their coach’s background and made the second pass on only 20% of occasions against Scotland – see my analysis of that match in Rugby World .

Let’s take a look at what happened when Wales tried to play more expansively against Ireland on Sunday:

You would have to say that the will to shift the ball wider was there in these clips from the first half in Dublin. However the wish is undermined by

In the first example at 5:42, Wales have won back their own high kick. When they shift the ball wide via an excellent long pass from Alun-Wyn Jones, #14 George North is already on Rory Best’s outside shoulder and has three supports outside against one solitary Ireland defender. Instead of straightening on to Best, giving the ball early and running an inside support line which would naturally block out the Irish cover (“simple hands”), North eats up all the space in front of him and the opportunity with it – Jonathan Davies’ dismay outside him is obvious!

Wales then compound the problem by covering the ruck with no less 5 players over the Ireland tackler; with 13 Jon Davies and Welsh half-back Gareth Davies also near the ball, 7 Welsh attackers are condensed into about 4 square metres of the field (“over-resourcing the breakdown”). This commits them to going short on a defensive next phase with a slower 4 second ruck.

By 6:05 the pressure has eased and Ireland are already back in shape defensively. Even though Jamie Roberts breaks a tackle at 6:17 and Wales win quicker ball, there is no advantage in numbers when play goes out towards the Welsh right at 6:19 – in fact Ireland have one defender to spare to that side!

Later in the sequence at 7:34 (even though numbers are still equal), Wales do create some space out wide with nice floated pass by Jon Davies allowing Liam Williams to bring play all the way up to 5 metres from the Irish goal-line. When Wales shift the ball back to the opposite side via two good passes from Dan Biggar and Jamie Roberts, they have a 3-on-2 overlap with Luke Charteris, Alun-Wyn Jones and #11 Tom James facing the last two Ireland defenders.

However, when Charteris receives the pass at 7:57, AWJ has not maintained his depth of alignment and is already level with the receiver. This allows Andrew Trimble to make a saving tackle by taking him man and ball (“inaccurate alignment”).

The final example comes from a kick return late in the first half. Again Wales do the first part well, shifting the ball wide via a superb give-and-take by Liam Williams and making 20 metres down the far side-line through Jonathan Davies. At the first breakdown, the ball is again covered by 4 players over a solitary, non-interfering Ireland tackler (“over-resourcing the breakdown”), which means the Wales attack back the other way is already short of numbers – 8 attackers against 9 defenders at 33:11 and 5 against 7 on next phase at 33:16. The ball has to come back to the near touch-line instead, and Jonathan Davies is forced to make the kick as the attack runs out of space.

Now compare those examples with Argentina’s wide 1st half attacks against the same Ireland defence at the World Cup:

The immediate impression is that Argentina’s attacking tempo is far higher than Wales’, and that they always have the numbers to sustain the width of their attack. Why?

Argentina never commit a fourth man to the ruck, and there is only one instance of a third man being committed after they have to save a poor pass. Typical are one and two-man cleanouts with the extra bodies used to maintain width of alignment.

Although Wales invested more numbers in contact, those numbers were not as productive and they did not generate as much quick delivery from the breakdown. Argentina did concede one turnover, but they were prepared to take the risk in the interests of sustaining their attacking momentum. Their mini-rucks and speed of delivery allowed them to recover from passing mistakes (at 2:48) because defensive line-speed was slower.

In conclusion, there is a clear difference in how a Southern Hemisphere side exposed to TRC (Argentina) and a Northern side exposed to Six Nations rugby, approach the issue of shifting the ball wide. Where one is prepared to take risks at the breakdown consistently to produce fast delivery, and is more consistent in its handling and overall shape in the 15-5 metre corridor. The other is still sending out mixed messages – moving the ball wide and then slowing the tempo down, and not so confident in the exploitation of overlaps with the ball often staying with the inside man…

There is a way to go up North!