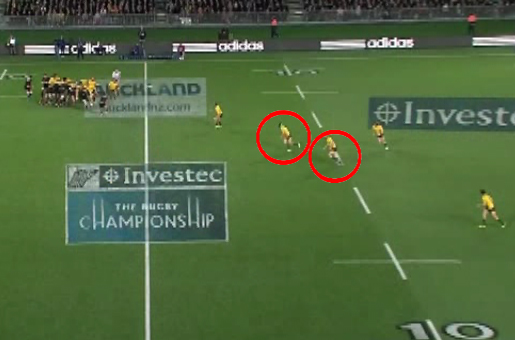 One of my favourite sporting moments ever was race seven of the 1983 America’s Cup challenge. After 132 years of American dominance the crew of Australia II had a chance to take the Cup away from them. In fact they were favourites for that race.

However, things didn’t go according to plan for the Australians early in that race and the Americans led from the start. With just two legs to go Australia II was 57 seconds behind and all seemed lost, but John Bertrand and his crew refused to accept that they couldn’t still win, despite the seeming invincibility of the Americans. By the end of that leg, through a combination of skill, hard work and what Bertrand described as ‘sailing in the groove’, the Australians had not only overhauled the Americans but had built a 21-second lead. And they continued to increase that lead up the last leg, until they crossed the line to end the longest-ever winning streak in sports. 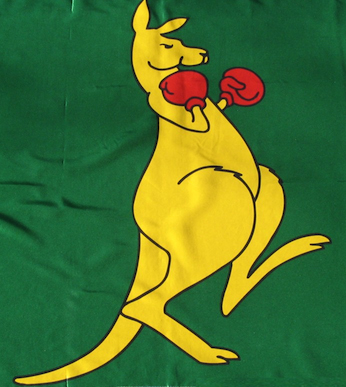 The crew of Australia II that day demonstrated the sort of remarkable spirit Australians have come to be known for all around the world – we’re pretty good at punching above our weight and very rarely give up without one hell of a fight.  Their mascot for that campaign was of course the boxing kangaroo.

On Sunday night when I turned on the news Robbie Deans was talking about the Wallabies’ current position in world rugby upon his return from Auckland. I was shocked to hear him say ‘Number one in the world is very clear and we now scrap over the remaining positions.’

That sounds to me like he’s conceded and believes the Wallabies should just aim to be second-best. Australians don’t give up that easily, and just because the All Blacks are a very good team with an imposing record doesn’t mean we shouldn’t still be striving to knock them off their perch.

I don’t accept that Australia doesn’t have the players to beat New Zealand on a regular basis and be number one in the world again. I’m also under no illusion — the Wallabies haven’t been playing well since the Tri Nations final in Brisbane last year. The World Cup campaign last year was poor and whilst we might have beaten Wales in the recent series I think that there were many signs in that series that the Wallabies are playing without belief.

What do the Wallabies need to change to get their ‘groove’ back? Over the next couple of weeks I’m going to look at what’s happened in their 2012 matches to see what’s going wrong and propose some ideas on how the Wallabies should move forward. It’s time for a fightback – maybe we need our very own boxing wallaby?

I acknowledge that the current issues with the Wallabies can in part be traced back to some of the problems in Australian rugby including participation rates, funding for grassroots rugby, lack of a national third tier program and competition from other codes — but that is a discussion for another day. I’m also not going to discuss the coaches – that’s been covered extensively elsewhere on this site. I’m assuming that the Wallabies will have a new head coach before the end-of-year tour.

Today I’m going to start with the Wallabies’ first phase attack from set pieces because I believe this is a great barometer for how the team is going. When the Wallabies are going well we have a competitive forward pack but a clever, fast backline who are prepared to have a go – they score tries using deception from anywhere on the field and look like they’re enjoying themselves. When the Wallabies aren’t going well our forward pack struggles to provide clean ball for the backline, which increases pressure on the decision making from the playmakers. We’ve seen that pressure manifested in the last two matches against the All Blacks, where we’ve seen far too many poor kicks trying to relieve that pressure, and it’s obvious the backs are playing like they’re wearing a straightjacket, with the aim of not making mistakes.

Set pieces are a great opportunity for a backline to attack: the forwards are generally occupied in the scrum or at the lineout and the defence has to retreat from the gain line so that there is space to work in – a minimum of about 15 metres from a scrum and around 20 metres from a lineout. With a lineout or wide scrum a backline has the whole width of the field to work with. From a centre-field scrum both sides of the field can offer an opportunity.

The lack of any potency in the Wallabies’ first phase backline moves was a result of a combination of poor execution and plays that were so basic that they had no real chance of testing the defence. Have a look at all six first phase moves in the following video.

It’s hard to fathom how a team that had so much preparation time for these two matches could get the execution wrong on what are pretty basic plays, but that fact tells you this Wallabies team is lacking cohesion and belief. The basic nature of the moves certainly indicates that they’re playing more not to make mistakes than to really test the opposition.

The number of opportunities the Wallabies had in each of these games within 60 metres of the try line is typical for a tier 1 Test match: about 13 per match. Of course the set pieces need to generate quick, clean ball for these opportunities to be useable and I’ll cover that issue in my next two articles looking at the scrum and the lineout.

I’m not suggesting that the ball should be used by the backs on all first phase opportunities but for a Wallabies team I think something around 70% is appropriate (around nine per match) – attack is the best form of defence after all. Of those opportunities I see no reason why all of them shouldn’t involve set moves. Yes, there’s a risk that by moving the ball to backs in a set move may result in the ball carrier being isolated if the defence isn’t deceived by the play, but can the results be any worse than the result we’re getting now from set piece opportunities?

If you’re concerned about the possibility of turnover, come up with plays that have a high probability of deceiving the defence and pick players that can execute these types of plays on a very high percentage of occasions when they are used.

This area would be my starting point on the road back for the Wallabies and something a game plan could then be built on: the aim of everything in the plan would be to generate more of these first phase backline opportunities. What do you think?

The Wallabies and MGMT: Stopping the Spread of Waratah-itis
Schoolboy Rugby: A Modest Proposal