Wallabies leave it late to put away Italy 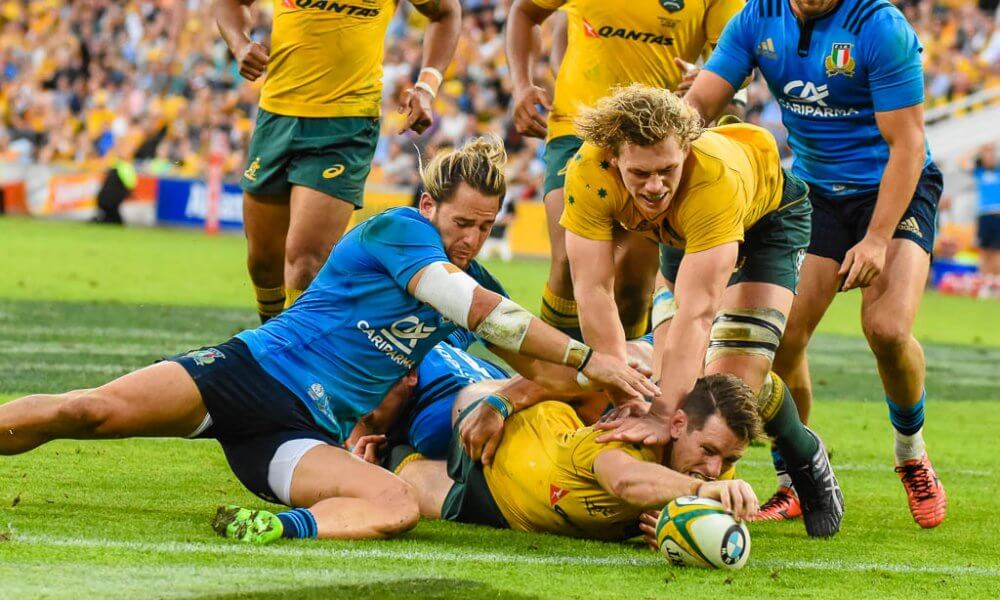 Wallabies leave it late to put away Italy

The Wallabies left it until the last 5 minutes to wrap up a 40 – 27 win over the Azzuri. Two late tries secured a victory, after the Italians were only trailing by only 1 point, and another upset had looked a distinct possibility.

Afternoon rugby returned to Suncorp, with the Azurri looking to get their first win over Australia, and the Wallabies looking to erase the memories of last weeks upset loss to the Scots. 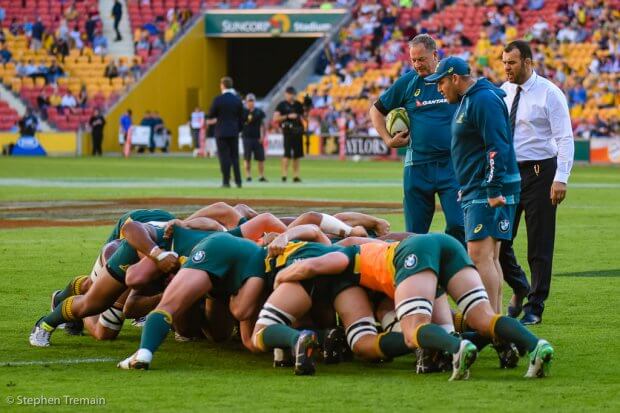 Wallabies started with a string of handling errors which put them under pressure, and were lucky not to be down 10-0, after a penalty goal to Tommaso Allan, and then what looked like a try to lock Dean Budd was disallowed by the TMO when Giovanbattista Venditti was adjudged to have gone into touch while still in contact with the ball via his fingertip.

Disaster averted, a quick tap from Genia from a scrum free kick, allowed Horne to draw 2 defenders to put Naivalu into space. ‘Super-Sefa’ showed his speed to burn the opposition to score a good try. A Deliberate knockdown from Italy, was lucky not to result in a yellow card. From the resulting penalty, a break from Dane Haylett-Petty off inside ball from Foley drove deep into the Italian half.  Playing a penalty advantage for Genia being taken out, the ball was spread wide for Folau to score in the corner. 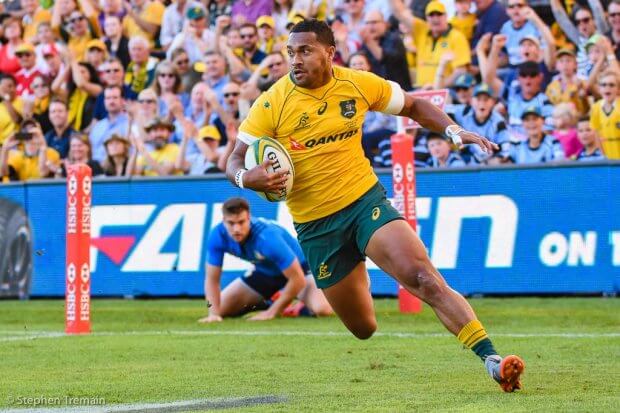 Sefa Naivalu scored the first try with some blistering pace, and backed up for a double before going off with an ankle injury

Michael Hooper then made a break down one wing, before Karmichael Hunt threw a long cut-out pass to put Israel Folau in untouched for his second try. The try completed a triple-double for Folau, being the first person to score 2 tries in 3 consecutive games. 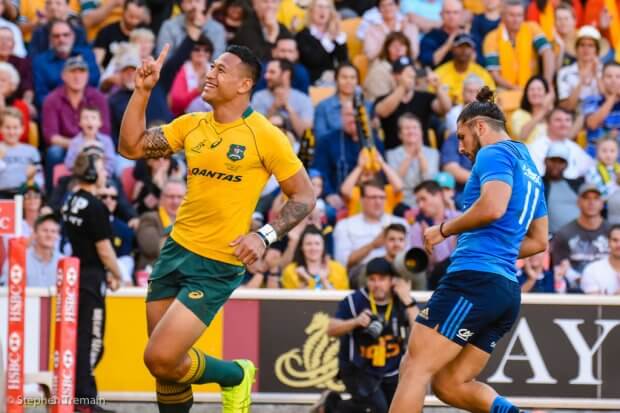 Number 1, Israel Folau scores a double for the third week in a row. The first person to do so.

At 21-6 it looked like the flood-gates were about to open, the Italians hit back with a try to Michele Campagnaro who showed great speed to beat the diving Naivalu, after an offload from winger Giovanbattista Venditti, to go into the break trailing by 21- 13.

After the break, Foley went close to scoring, before a few phases later he was involved again with a between the legs pass, allowing Hunt to throw another cut-out pass for Naivalu to score his second.

A good break from Genia, came to nothing after his pass to Dane Haylett-Petty in support went high into touch. Shortly after, Folau opted for a quick line out throw 5 metres out from his own line which was knocked on. The Italians dominated for the next 10 minutes, turning the pressure from their scrum into a try to Edoardo Padovani, after Haylet-Petty could not hang-on to a cross-field kick.

A intercept try to Tommaso Benvenuti bought the Italians to within 1 point of the Australians, and there were a lot of nervous faces around the ground.

With 10 minutes to go, the Australians finally got some attacking field position. Haylet-Petty went close, but Cooper could not hang on to a short pass from Genia. From the ensuing scrum Toby Smith was yellow carded, and upset seemed likely. The Italians could not capitalize though, and after Bram Steyn was yellow carded for a deliberate foul, Bernard Foley dummied and stepped and reached out to score the match-winner. Reece Hodge added more respectability with a long-range try after the siren. 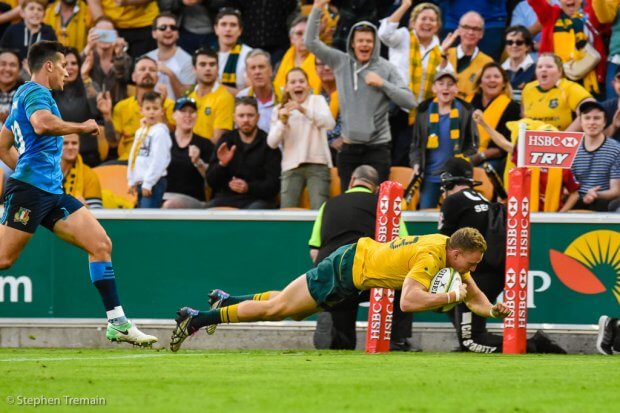 From the 46th minute onwards, a series of handling errors and/or poor decisions regarding ball security, allowed the Italians back into the game with 2 tries. The situation was compounded by Naivalu going off injured, and the Wallaby scrum being dominated by the Italians

Israel Folau and Sefa Naivalu were rewarded with 2 tries each, Karmichael Hunt threw some good long passes, and added physicality to midfield defence. But the official GAGR MOTM goes to Adam Coleman.

Sefa Naivalu looks to be out for 6-7 weeks after scans on his ankle. Jack Dempsey made his debut to become Wallaby #909