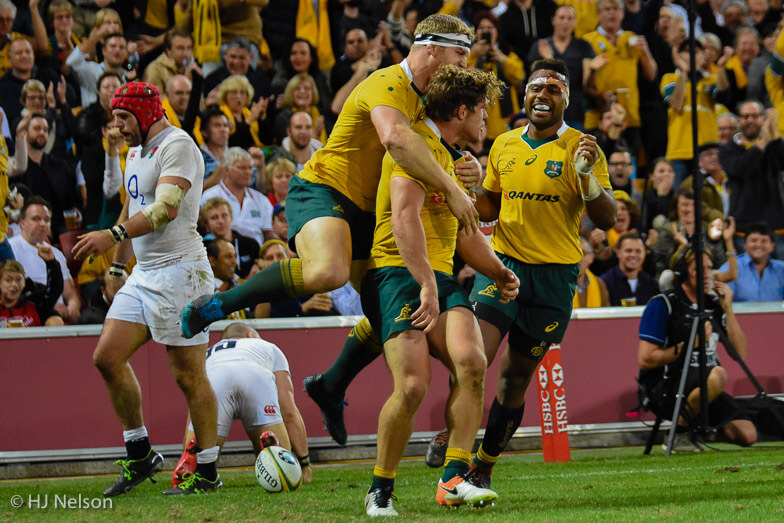 Michael Cheika has announced his final RWC squad for this year’s tournament in Japan.  The Rugby Australia selection panel looked to have a relatively easy decision making process after a record win over New Zealand in Perth a few weeks ago.  That was turned on its head when the All Blacks returned serve with a dominant showing in Auckland, with many Wallabies under performing.

The big winners would seen to be in the centres where teenage rookie Jordan Petaia has been named, despite limited game time this year, alongside the veteran Adam Ashley-Cooper who will be part of his fourth RWC squad having first appeared back in 2007. AAC sits just two tries behind his old mate Drew Mitchell on the all time RWC Wallaby tryscorers list. David Pocock has also returned from injury and earned selection after a long and uncertain break from the game.

Notable absentees include Tom Banks, Peter Samu and Luke Jones while Dane Haylett-Petty, Bernard Foley, Jack Dempsey and Jordan Uelese secure spots that may have previously been under contention. There was no last minute selection of Will Skelton.

Additonal players have been picked to be part of an extended training squad, and for the final test pre-RWC against Samoa on 7 September. They are Joe Powell, Tom Banks, Liam Wright, Luke Jones and Tatafu Polota-Nau.

The Wallabies RWC are in Pool D in Japan with their matches being as follows: