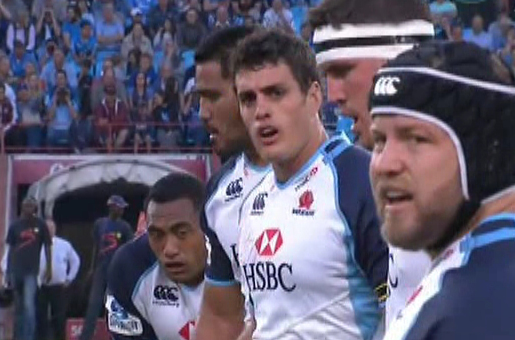 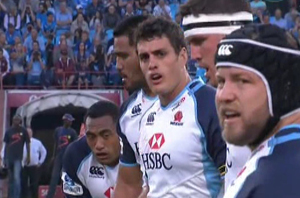 The statistics say the Waratahs lost six lineouts against the Bulls last weekend but the statistics are not only misleading, they also don’t tell the story of what led to such a poor performance.

The way to measure lineout performance is only to count a win when you secure the ball to attack with – otherwise you’re using statistics to help yourself believe that you did better than you really did.

On that basis the Waratahs only won seven of sixteen lineouts or 44%. The Bulls won 92% of their lineouts.

Including the results of this match against the Bulls the Waratahs lineout wins 79% on their own throw in 2013 and their opposition are winning 85% of their lineouts. That’s not far away from the competition average, which is 83% on own throw and obviously the same for opposition throws.

The lineout results so far in 2013 for all teams is shown in the chart further down the page.

What went so wrong for the Waratahs in this match or was it just a stellar performance from the Bulls? It wasn’t an issue with the throwing – I marked three throws as being poor – one still resulted in a win but hit Dennis on the chest and there were two that weren’t straight, both of which resulted in losses. That’s 81% where the throws were good which is a pass mark.

The Bulls were good but the Waratahs made it very easy for them to dominate by being extremely predictable with the throw called to the middle of the lineout in 75% of the lineouts and Dave Dennis calling 50% of the lineouts to himself and 31% to Kane Douglas.

It wasn’t hard to work out where the ball was likely to be thrown to and so the Bulls set up two pods focussed on Dennis and Douglas. This is another example why any good team needs at least three front line jumpers and a fourth jumper as a backup. With their current pack the Waratahs only have two front line jumpers with Wycliff Palu a backup jumper (Dennis called two lineouts to him) and Sitaleki Timani is the fourth jumper and Dennis only called one lineout to him. If Dennis thought either Palu or Timani was a front line option I expect he’d call the throws to them more often.

When the ball was thrown to Dennis the Waratahs only won 50%, using Douglas they won 40%, Palu 50% and they lost the only lineout when Timani  was used.

As well as the lineouts being very predictable Dennis kept calling in to a contest with the Bulls and trying to beat them into the air rather than calling the throw to where space existed. As you’ll see in the video even when the space was obvious, he went with another call to a middle jumper and inevitably this gave the Bulls a good shot at a turnover as the ball was thrown to an area where the Bulls jumpers were already in position.

One crucial lost lineout had a huge impact on the match – with the scores locked at 12 all in the 49th minute the Waratahs had a lineout just five metres out from the Bulls line and had they won the ball would have had a great opportunity to drive the ball over the line and increase the scoreboard pressure on the Bulls. As you’ll see in the video the Bulls had marked Dennis and Douglas but in doing that left Palu in loads of space with lifters not far from him. Rather than call the throw to Palu where he would have been unopposed, Dennis called the ball to the middle of the lineout again, this time to Douglas. The Bulls saw it coming and got up in front of Douglas for a crucial steal.

The Waratahs won’t be able to play a ball in hand game plan if they have other games with such a poor lineout performance. Without bringing Mitch Chapman in for Timani it’s hard to see how the Waratahs can produce a third front line jumping option. If they’re going to keep playing with only the two options, they need to be less predictable and Dennis needs to lift his game with the calling.

The Statistical Case for a Wallabies Attack Coach
Preview: Aussie matches in Round 12