The Queensland Reds lived up to some of the Super Rugby AU pre-season hype, with a comprehensive 41-7 win over the NSW Waratahs at Suncorp Stadium in the opening round of the 2021 season.

The game also featured the first Red Card under the new Super Rugby AU laws, which allow the red carded player to be replaced after 20 minutes. 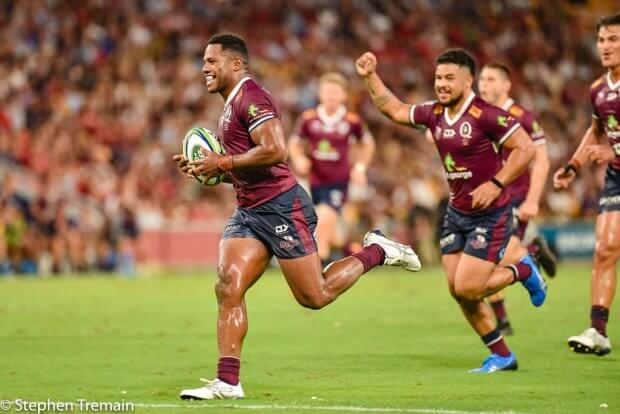 The Waratahs got the perfect start with an early try to Jake Gordon, after a Jack Maddocks drew in 3 defenders before popping a pass of the deck to Gordon who scooted down the vacant sideline to score.  Gordon’s early try bought back memories of last season’s game at the SCG, where Gordon scored 3 tries in a 45-10 thumping of the Reds. 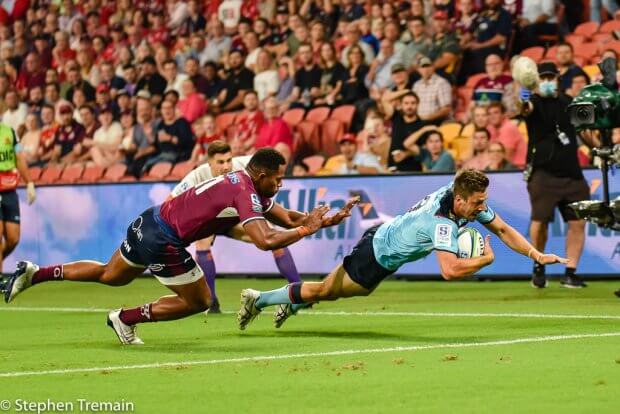 Jake Gordon scores the opening try of the game

Unfortunately for the Waratahs, that was not to be, with that to be the final scoring play for the Tahs. The Reds taking control of the match from that point, running in three in response to lead by 24-7 after 20 minutes. The Waratahs made too many handling errors, and the Reds capitalised with tries to Campbell, Mafi and Daugunu in the 10-minute blitz 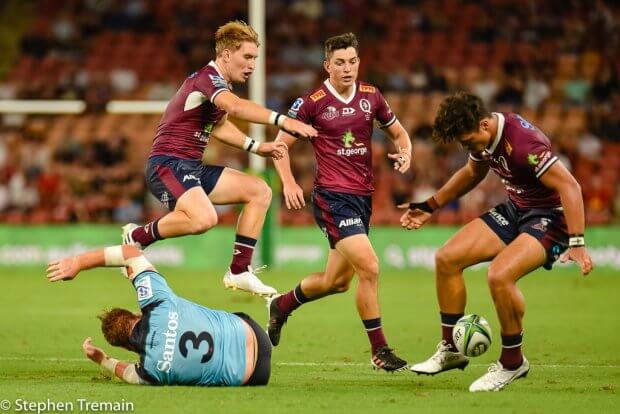 With 10 minutes remaining in the first half, new Waratah recruit (and former Red) Izaia Perese was Red Carded for a dangerous tackle on Hunter Paisami. With Paisami landing on his head, Referee Damon Murphy had no option but to issue a Red Card. In a  new innovation for the 2021 season, a red-carded player can be replaced after 20 minutes, and in this instance, the Reds could not turn the 20 minute advantage into points, with the score remaining at 27-7 until the final 10 minutes of the game. 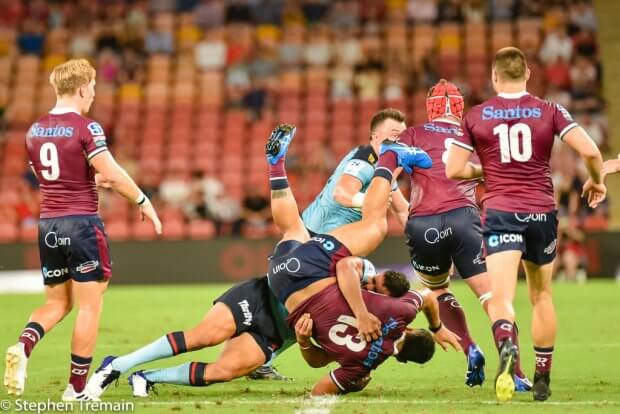 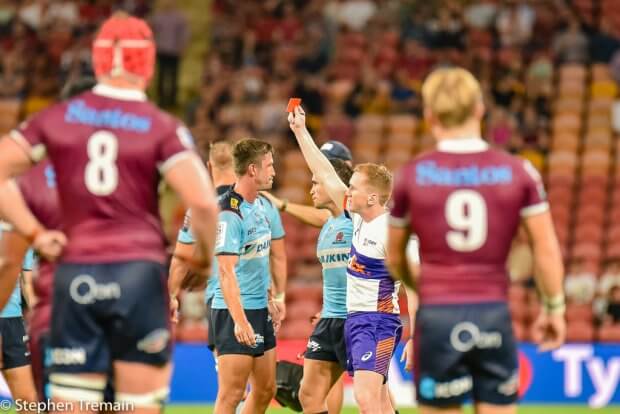 Poor handling from both teams in slippery conditions resulted in a scoreless 2nd half until the last 10 minutes. Moses Sorovi then put Filipo Daugunu through a gap to pick up a double, and Ilaisa Droasese scored on debut on the end of a long pass from James O’Connor. 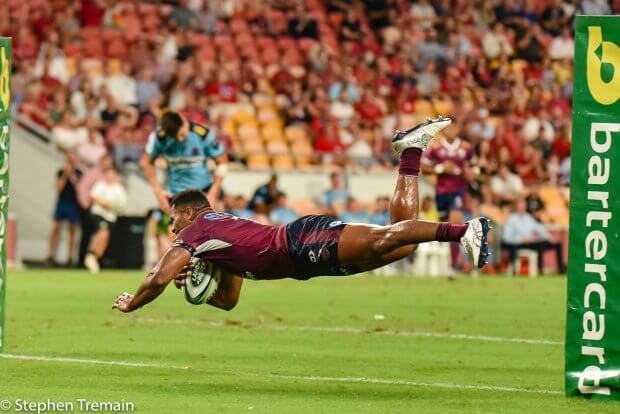 Jordan Petaia’s break an off-load to Seru Uru in support which kicked off the Reds first half scoring spree. The final pass was reviewed for a forward pass, but while the pass obviously drifted forward, TMO Brett Cronan did not judge that it was forward out of  the hands.

Seru Uru – The Reds needed a rookie lock to step up in the absence of Lukhan Salakaia-Loto, and the departure of Izack Rodda and Harry Hockings last season. Uru was assured in the line-out and had impact around the field

The Waratahs will be better for the run, and will build cohesion throughout the season. Carlo Tizzano looked at home in the No. 7 jersey, while Jake Gordon looked to suffer a serious injury

The Reds incumbent Wallabies all had good games. Fraser McReight enhanced his chances of a starting Wallabies spot, as did try scoring machine Filipo Daugunu.