Waratahs’ training took a jump in intensity this week as the Wallabies returned to the squad after their end-of-year break.

Although the Tahs had lost some experienced players both Assistant Coach (Defence) Cameron Blades and flyhalf Bernard Foley were not fazed by the transition, because young leaders were jumping out of the woodwork. 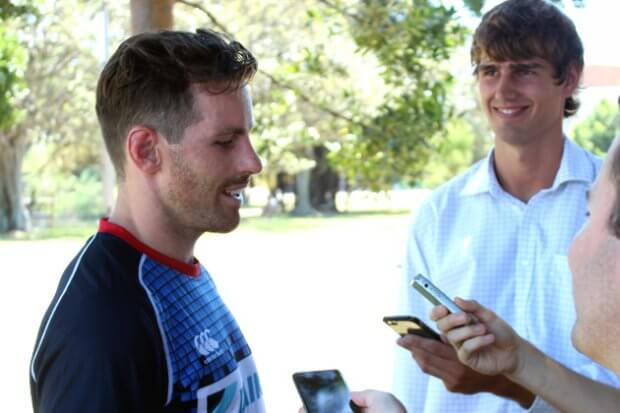 Bernard Foley – Had a good break this time

Bernard Foley was probably the most refreshed Waratahs’ international, compared to last year. After the Rugby World Cup in 2015 he played for Ricoh in Japan between seasons, went straight into Super Rugby and started in all 15 test matches in 2016—but he had a break this time around.

He didn’t dwell on the poor results the Wallabies had last year, losing nine of their 15 tests, and their first five in a row.

What did he do instead?:

I made sure I got away and removed myself from rugby circles, refreshed mentally and physically […] I did a bit of travelling; got out of Sydney and spent time with family and friends—all those things that allow me to switch off, come back in really recharged and ready to go.

It was interesting for Foley to start in five test matches in a row at inside centre last year outside Quade Cooper at flyhalf, and when asked what he got from the change, he joked:

A couple of stitches.

It probably allowed me to see the game a bit differently. As that primary ball player, you’re always involved and getting your hands on the ball; as a 12, you’re playing a bit more of support.

Now, having experienced that, hopefully I can pass on [some advice] to my 12 and 13 and those guys around me. 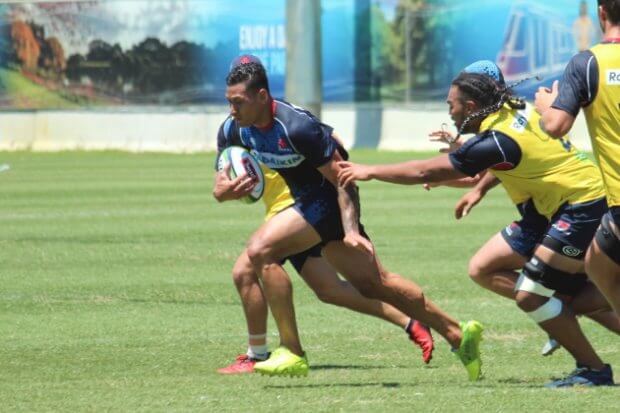 Asked where he would like to see Israel Folau play this year for the Waratahs this year his eyes went wide and he said “Outside centre”. He explained that the more Izzy could get his hands of the ball the better for the Waratahs.

He wasn’t perturbed that the Waratahs had lost some experienced players:

Guys like Jed Holloway, Jack Dempsey, even Andrew Kellaway: those guys are the guys who I can see […] flourishing this year and the potential they have to influence this squad and to fill those leadership voids is something that should be exciting, and that we’re looking forward to. 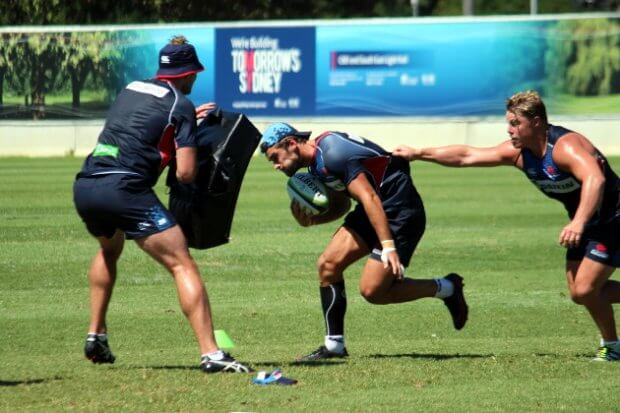 Assistant Coach (Forwards) Cameron Blades was also upbeat about the transition—Sekope Kepu was back with the Waratahs this year, and some of the younger forwards would shine:

Its a great period for us as coaches to put a lot of time into those guys, both from a tactical and technical point of view and on top of that for a lot of them around leadership growth.

We’re obviously seeing guys like Jed [Holloway] and a few of the other guys really take on leadership roles.

They’re our future as well, so we need to make sure we’re not just focusing on the guys that are already there in that space, we’ve always got to be looking at the guys that are coming through and developing them. 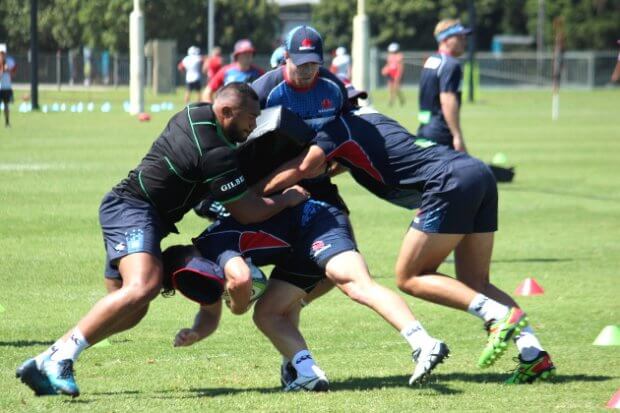 You obviously can never cover world class players leaving, like [Benn] Robinson and Tatafu [Polota-Nau], but to be fair, Benn didn’t really play much of last season at all through injury; [so] it gave us a really good opportunity to blood some young guys.

I think pretty much to a man they all, as the season went on, grew and grew; […] some of them grew into Wallabies like Tom Robertson and [also] Tolu Latu. So I’m really excited about the prospect of our growth this year. 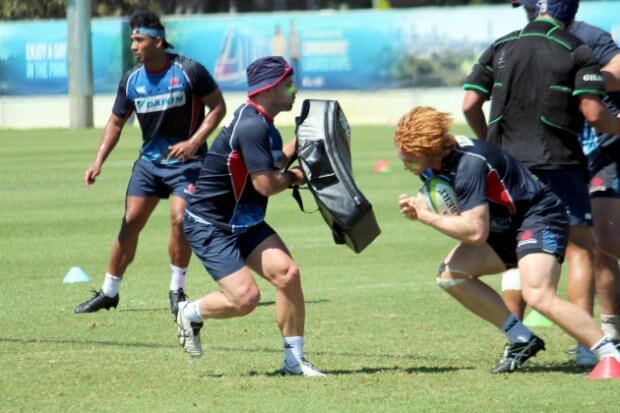 Ruck work including cleaning out and continuity in tight spaces, and first phase attack, were features of the practice session. Chasing kicks, not the best feature of Waratahs’ play last year and returning the same, was also worked on. Offside play was heavily criticised especially by the players in the section doing the chasing.

The training session involved all the available Waratahs including those in the Extended Playing Squad [EPS] and the Supplementary Squad. They were split into sections and competed against other units, and sometimes you couldn’t tell who was the rookie and who the Wallaby.

The only thing for sure was how beneficial the process was for the younger guys. 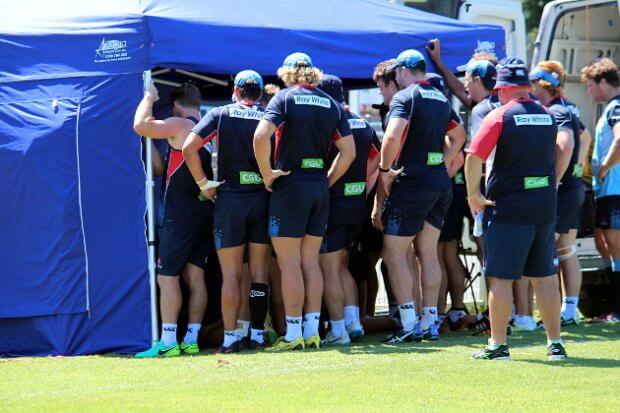 One player who has impressed me at training in the New Year is NRC Player of the Series and ex-NZ Schoolboy player, Irae Simone. He moved to Australia to play league for the Rabbitohs, but after an injury decided to return to the union code with North Sydney, and was influential in their winning the Shute Shield.

Still only 21 the 106kg inside centre has an EPS contract but may just be an injury or two away from playing Super Rugby.

Watch this space on I. Simone. 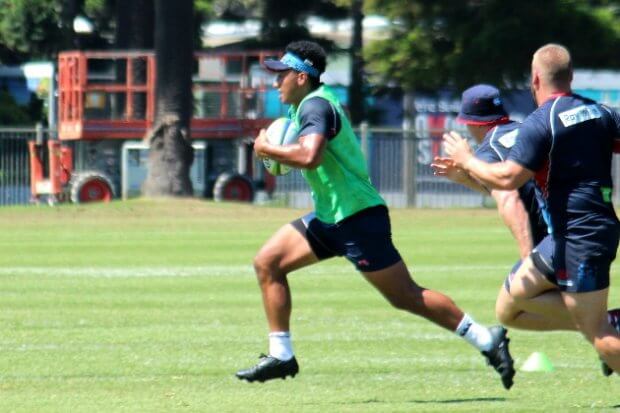 Irae Simone in the clear – watch this space