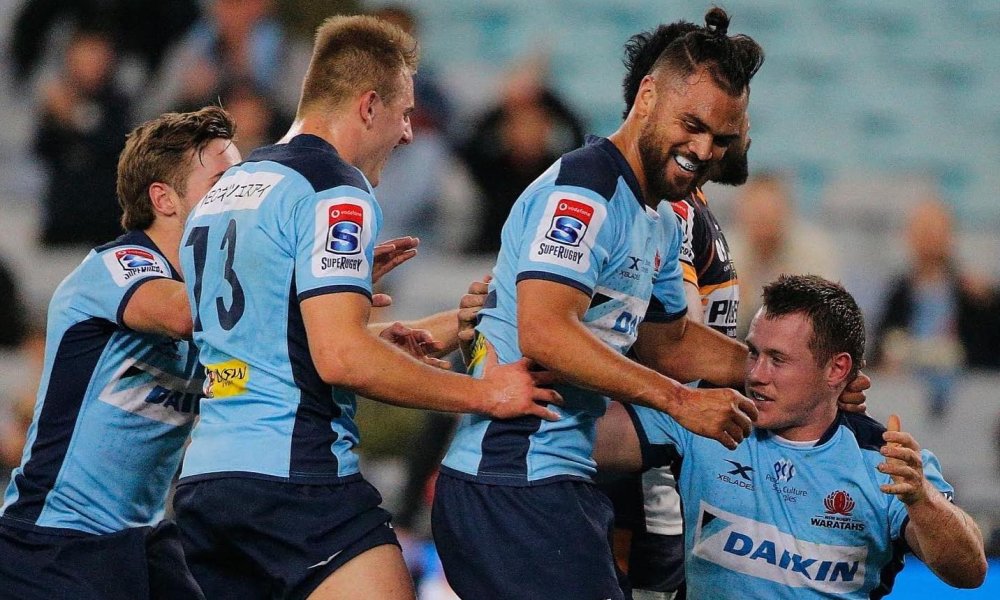 Wednesday’s Rugby News looks at a duo of emerging talent re-signing with their Super Rugby clubs, Rod Kafer’s bold vision for the Wallabies and Reece Hodge opens up on playing against his boyhood side. 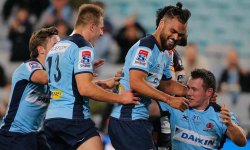 The Waratahs have secured the signature of emerging hooker Tom Horton until the end of the 2022 season.

Horton has been one of the form hookers of the Super Rugby Australia competition, rewarded with selection in Dave Rennie’s PONI squad.

The news delighted Horton, who was thrilled to be living out his dream playing for his home state.

“Growing up and playing rugby, you dream of representing your home state,” Horton said in a statement.

“Coming into a professional set up is exciting, to then play alongside and learn from some really experienced guys has been helpful for me.

“I’m keen to continue to improve and grow as a player and I’m glad I get the opportunity to remain a Waratah – something I’m really proud of.

“With the group of guys we have here and the vibe around the place, I can’t wait to be a part of what’s ahead over the next few years.”

NSW Waratahs head coach Rob Penney and NSWRU GM Tim Rapp were ecstatic with the re-signing of the Sydney Uni hooker, praising his rapid development over the past 12 months.

“It’s really rewarding to see Tom not only establish himself, but then begin to excel within our environment,” Penney said.

“His influence at the set-piece has been brilliant for a player of his age and experience, his technical ability and accuracy has allowed our lineout to become a real weapon for us.

“Tom’s a great athlete and he’s shown us what he can do in those wide channels with ball-in-hand, the sort of contributions you love to see from your hooker.”

“Tom’s another really important signing for us,” Rapp added.

“He’s a young guy who has taken every opportunity presented and made the most of them.” 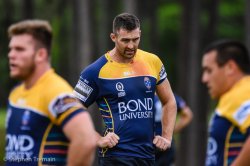 As Australian rugby deals with the migration of our giraffes/locks into the European/Asian witnesses, Brumbies lock Cadeyrn Neville has re-signed with club and country for the next two seasons.

Neville joined the Brumbies at the start of 2020 after three years in the Japanese Top League, having initially played for the Reds and Rebels.

Since then he has impressed for the Brumbies, joining Horton in Rennie’s PONI squad.

The 31-year-old last featured in the PONI squad in 2015 as Michael Cheika prepared for the Wallabies’ World Cup campaign, earning a train-on spot in 2012.

Having reinvented himself since his Japanese stint, Neville was looking forward to remaining at home whilst playing for an incredible team.

“I feel like I’ve only just started scratching the surface here, so I’m really excited to see what the team can achieve here over the next couple of years,” he said.

“Having been away for a few years, it’s been nice to be home in Australia and my family and I have settled into life in Canberra really well.

“I’ve been really impressed with everyone in the organisation and I believe we’re capable of some really good things, which made it an easy decision to stay.”

Coach Dan McKellar praised his ability to seamlessly slot into the line-up after a limited pre-season, believing that he serves as a perfect mentor for their young locks.

“Keeping Cadeyrn at the club was a top priority for us so we’re delighted he’ll be sticking around,” he believes.

“He was outstanding for us this season pre-COVID, particularly that last game against the Waratahs where you could tell he was getting comfortable within our structures.

“He hasn’t had a full preseason with us yet and we feel Caderyn’s best footy lays in front of him at the Brumbies and also as he pushes for higher honours.

“In Super Rugby, you need guys with his experience to help drive standards and to help the young guys coming through, so for guys like Darcy and Nick, having a real pro like Cadeyrn to work with is crucial, on and off the field.”

The future is now 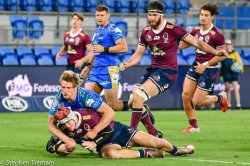 Fraser McReight scores his first try for the Queensland Reds

Former Wallaby and Fox Sports commentator Rod Kafer believes that Dave Rennie should look to pick a Wallabies squad with everyone under 24 in order to build for the future.

Super Rugby Australia has provided the opportunity for a host of young stars to make a name for themselves and continue their development.

This has been most notably seen with the Reds, with the nightmare back row of McReight, Wright and Wilson causing headaches for both opposition teams and commentators alike.

As the promising players continue to develop, Kafer suggests that they should be handed first crack at a Wallabies jersey in order to build combinations and confidence heading forward into the 2023 and 2027 World Cups.

“We rapidly start to develop a group of players who have already experienced success and built levels of cohesion through their junior teams, both locally at representative and international levels. Against their peers, they are good enough,” he said in a column for rugby.com.au

“These players have been immune from the scarring many of our experienced Wallabies have suffered with a decade of under-performance.

“We invest in youth, which comes at a cheaper price and get the value of the upside and not pay for the experience our senior players require, reducing the spend required to keep our aging stars.

“Let’s pick a team that we know that every single one of them will have 50 Test matches, will be 26-27 at either of the World Cups, be at the peak of their careers and prepare for that now and bite the bullet on it.”

He suggests that this will help develop players and build excitement towards a potential home World Cup in 2027 whilst keeping some of the older players on notice. 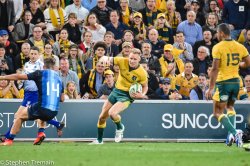 Rebels outside back Reece Hodge admits that he doesn’t regret his decision to head south and start his professional rugby career, despite his deep affection for the Waratahs, this week’s opponent.

Hodge, who looks (and is) the typical Manly boy, grew up idolising the Waratahs before they rejected him five years ago.

“I was a big Tahs supporter, and probably even up until 2014 when they won it I was still going for them,” Hodge told the Herald.

“Most kids growing up playing rugby in NSW wanted to grow up and be Waratahs, and I reckon a fair few of my passwords for a lot of accounts involved the Waratahs in whatever year it was.

“I probably changed over the last five years and don’t want them to win too much these days.”

Hodge still harbours hopes to pull on the Wallabies jersey once again, hinting that he will look to push for a centre spot as national coaches look for a midfield with a strong kicking game.

“Dave Rennie has spoken to me and a few other boys around really wanting his midfield to have good kicking options at the national level,” Hodge said.

“That could have something to do with where they see me later in the year potentially. We haven’t talked too many specifics yet.

However, at the present moment, Hodge was focused on continuing his work as an ambassador for Fight Cancer Foundation and Footy Colours Day, which is in its 25th year and designed to raise funds for children with cancer.

“I’ve seen first hand how much cancer affects people you love and your family as a whole,” he said.

“I’ve had quite a few visits to children’s hospitals especially and those kids are going through such tough times. It’s really hard to comprehend how tough that must be for kids and their families. Five or ten minutes of our day can brighten up their day.”