Will the force be with the Rebels? 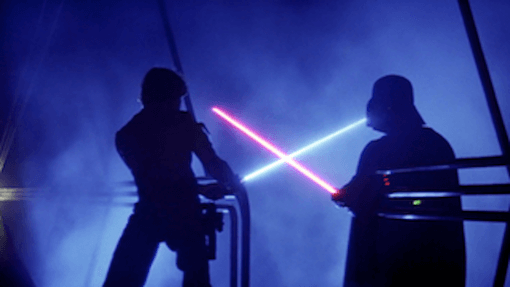 Will the force be with the Rebels?

My verskonings aan die lesers van Perth, the pun may sound bitter to yous, not intended. But on a day like that a team called the Rebels cannot inspire anything else then my inner nerd.

And yes, the (Western) Force is already in Melbourne, in scores, you are right, I can hear you, it is not Melbournians’ fault, laat ons vriende wees!

But tomorrow the red white and blue, will need also the galactic one to defeat the most powerful team of the competition. A team that is dominating the Oval Galaxy with an iron fist from their Crusaders’ armours, made of men that end up sooner or later wearing black.

May the Force be with the Rebels!

The Melbourne Rebels lost their steam in the past month, after their best start of the season in history, they lost four games in a row and lost their surprising first spot on top of the Australian Conference to the Waratahs.

On the other side the Cantabrians fly to Melbourne on a 5 games winning streak that saw them rise to the top of the combined ladder thanks to last week’s Lion’s loss to the Reds.

Licking their wounds from yet another winless South African tour, the Rebels changed six players from the staring XV versus the Stormers.  Most important inclusion, is the return of Will Genia, who missed the trip to the Republic due to an hamstring injury.

Along with the mercurial scrumhalf, the Rebels welcome Fereti Sa’aga, Sam Talakai, veteran English international Geoff Parling at his first run on match, and Colby Fainga’a on the blindside.  Jack Maddocks returns from a minor injury and will start at fullback, with Dane Haylett-Petty still out.

Six changes in the starting XV also for the reigning champions: four in the forward pack, three in the backs.  The big inclusion is the return of All Black first five Richie Mo’unga, who has recovered from a fractured jaw.

The other changes in the back row are scrum half Mitchell Drummond and centre Jack Goodhue.

The Rebels face the hardest task possible in the competition, with the New Zealand conference crowded at the top as usual, the Crusaders will aim to the 5 points and will make no prisoners at AAMI Park.

The Rebels must improve at the set pieces, the scrum and the line out let them down in Cape Town, to be able to keep the pace with the visitors from across the ditch.

So, where are the key battles for the match?

Two of the most exciting number eights will square off: Amanaki Mafi and Jordan Taufua. It will a fierce contest and we are sure that none of the two players will back off easily.

The most important part of any team, the three squaring off at scrums and line outs are in the modern day no more just than powerful pushers, especially the kiwi thought the rest of the world the art of converting hookers and props in real attacking weapons.

The Rebels suffered in South Africa because of their front rowers, hence Dave Wesels made some changes, will they be enough to counter the mix of experience and young talent of their opponents?

All of the four wingers can be deadly, three of them come from Fiji to seek glory in their new countries and have all already donned the jersey of their adoptive nation. Bridge, a born and bred kiwi, is destined to do the same.

As well as we would like on Friday night to write about an upset victory from the Rebels, this most likely will not be the case. The Crusaders are a perfectly oiled war machine and they start as hot favourites.

We do not expect however the visitors to run away with a humiliating score, the Rebels should be able to stay into the game until the last quarter, may the Force be with them.