NZR have confirmed that Leon Macdonald will coach the ABXV with Clayton McMillan & Scott Hansen as Assistants.

Only confirmed fixtures are Ireland A on 4/11 & Barbarians on 13/11: originally it was intended they play a SA A side but apparently SARU have instead arranged midweek fixtures as part of the 'boks EOYT.

Squad expected to be named at same time as AB on 8/10.

Hopefully they can land a third match.
Rangi is a good young coach and this should be a good test for him. Not sure how much say he will get on the squad he will work with though.

AB selectors name the squad I think, probably makes sense as they want certain players getting time? It's not like they are doing tour for any reason but adding depth. Aus did same too didn't they? You bang on about a 3rd match would of been good.

I'd think Foster would stipulate some players he wants there for whatever reason(s) then let Rangi pick the rest. Third game would be nice but it's a case of who's available that time of year.

waiopehu oldboy said:
I'd think Foster would stipulate some players he wants there for whatever reason(s) then let Rangi pick the rest. Third game would be nice but it's a case of who's available that time of year.
Click to expand...

Think that's how it worked for Maori ABs too WOB, Foster worked with MacMillan, and guessed how it worked, we need to give players A,B,C etc and you just fill them out how you think is best.

Will tell us a lot about who is in the frame for RWC.

You'd be a bit worried if you weren't a) injured and/or b) young and missed out on being named in either of these squads.

^ according to last night's Breakdown the main AB squad will be 35 or 36 & the XV 26. Given both will be in UK at the same time we might see some guys you'd ordinarily expect to be in AB as backup get starting roles for the XV e.g. Perofeta with DMac covering 10 & 15 for AB.

But like you say, if you're not in the 60-odd less than a year out from RWC you may as well start looking for an o/s gig before the post-Cup exodus.

It was also mentioned that AL-B is likely to play this weekend & that may have had something to do with RTS (Roger Tuivasa-Sheck) being named at 12 for Aux but switched to 14 on game day: are they looking at him to take a Richard Kahui/ early career SBW wing/ midfield role?

There being two touring parties they're going to need a minimum of 12* props, six hookers, seven locks & six 9's so going to be digging deep in tight five. No shortage of midfielders if AL-B & Havili are both fit, plenty of loose forwards, outside backs & 10's as they'll presumably list DMac & Beaugan as the latter even if they end up playing the former. We might even see a genuine bolter for the first time in God knows.

What's the chances of a Fabian Holland as a bolter WOB? I would love to see Roigard as a 9, but will depend if they take 6x 9s as you say, come to think of it he could go ahead of TJ. Trying to think of any bolters in loosies, but can't off hand.

Like the idea of getting TJP involved in the XV alongside Fakatava & Roigard or Roe: can't see much point in taking Drummond or Hall as ASmith & Weber will probably leave after RWC so need to be looking at next gen.

Huge fan of Holland but he's only 19. Perhaps could be taken for the experience as non-playing apprentice (similar to that youngster Max Jorgensen in the Aus A team)?

I'd like to see Lam taken as a centre/wing.

You would imagine Li and Telea (especially) would have to be close to taking wing spots.

I wonder what the deal is with Li? Is he hanging around the country for Super Rugby or back to Japan? I would imagine that will determine whether or not he travels.

Li's 27 so I don't see him making either AB or XV. Plus he's stated he wants to play for Japan but needs to spend two more years there to qualify. 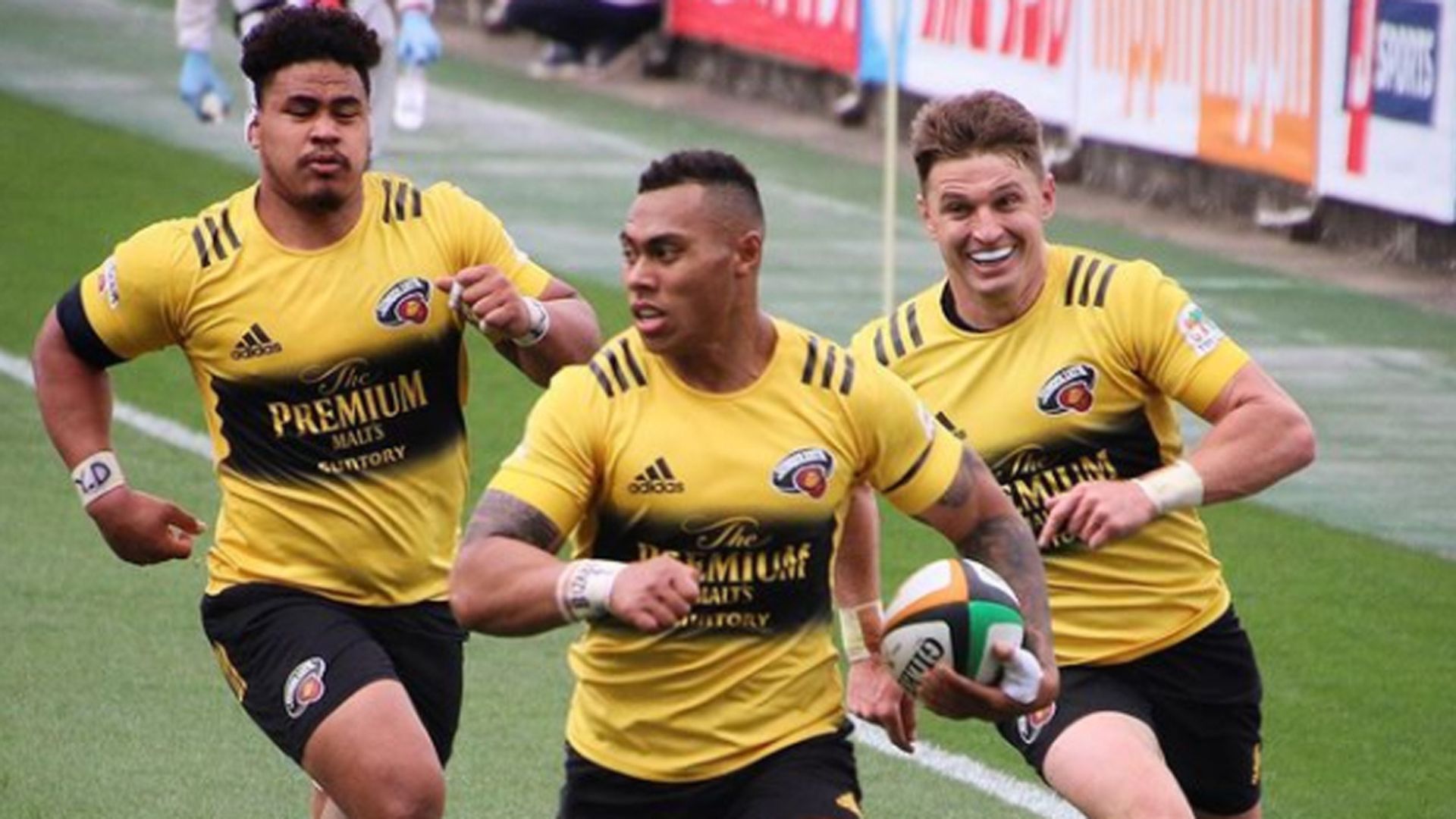 Ok WOB, I hadn't seen that, so guess he will not go, I was just trying to come up with wings to go with Telea I think.

Dan54 said:
Ok WOB, I hadn't seen that, so guess he will not go, I was just trying to come up with wings to go with Telea I think.
Click to expand...

There's a few players who have been in the AB squad this year who have had limited game time that could be used on the wing for the AB XV - Ennor, Leicester, perhaps RTS (Roger Tuivasa-Sheck)

Haven't been watching the NPC but what are the chances of Cameron Suafoa making the AB XV? He turned up for the Blues late in the season and just murdered people, then repeated the dose against the Irish A team for the Maori. Big boy too at 6'5 and ~115kg. Hopefully he gets far more minutes for the Blues in 2023.

KiwiM said:
There's a few players who have been in the AB squad this year who have had limited game time that could be used on the wing for the AB XV - Ennor, Leicester, perhaps RTS (Roger Tuivasa-Sheck)
Click to expand...

Yep Kiwi, I reckon RTS (Roger Tuivasa-Sheck) could do with it, and admit I forgot Leicester. Not sure there much point in Ennor going as a wing.

AB match refs have been appointed:

RTS (Roger Tuivasa-Sheck) at 14 again tonight. Mid-week Fozzie denied having anything to do with it but did observe that "it might be good for him"...