What a rort. Gets beat up in the two actual tests at the end of 2021 so asks to be judged on the first five tests of 2022. Proceeds to get spanked in three of them, isn't in charge for one, and gets baited by SARU 5D chess in the other. Now drops half his hand-picked assistants, poaches one from the "lesser" coaching group, and runs for help from the guy who established the system of their spankers-in-chief.

Time to learn some Spanish and hope they go full conquistadors mode.

Most of the NZR board can go the way of the Romanov's too.

The only acceptable outcome from this is that Schmidt is running a 2003 Graham Henry Blues operation (that is, running the whole thing from the background), and that Foster will be gone following the RWC, regardless of the result. At which point there will be a proper recruitment process for the next HC, and not the sham preordained malarkey they've had for the past two times going back to 2012.

But I'm not holding my breath.

Do we need to do a welfare check on dismal? 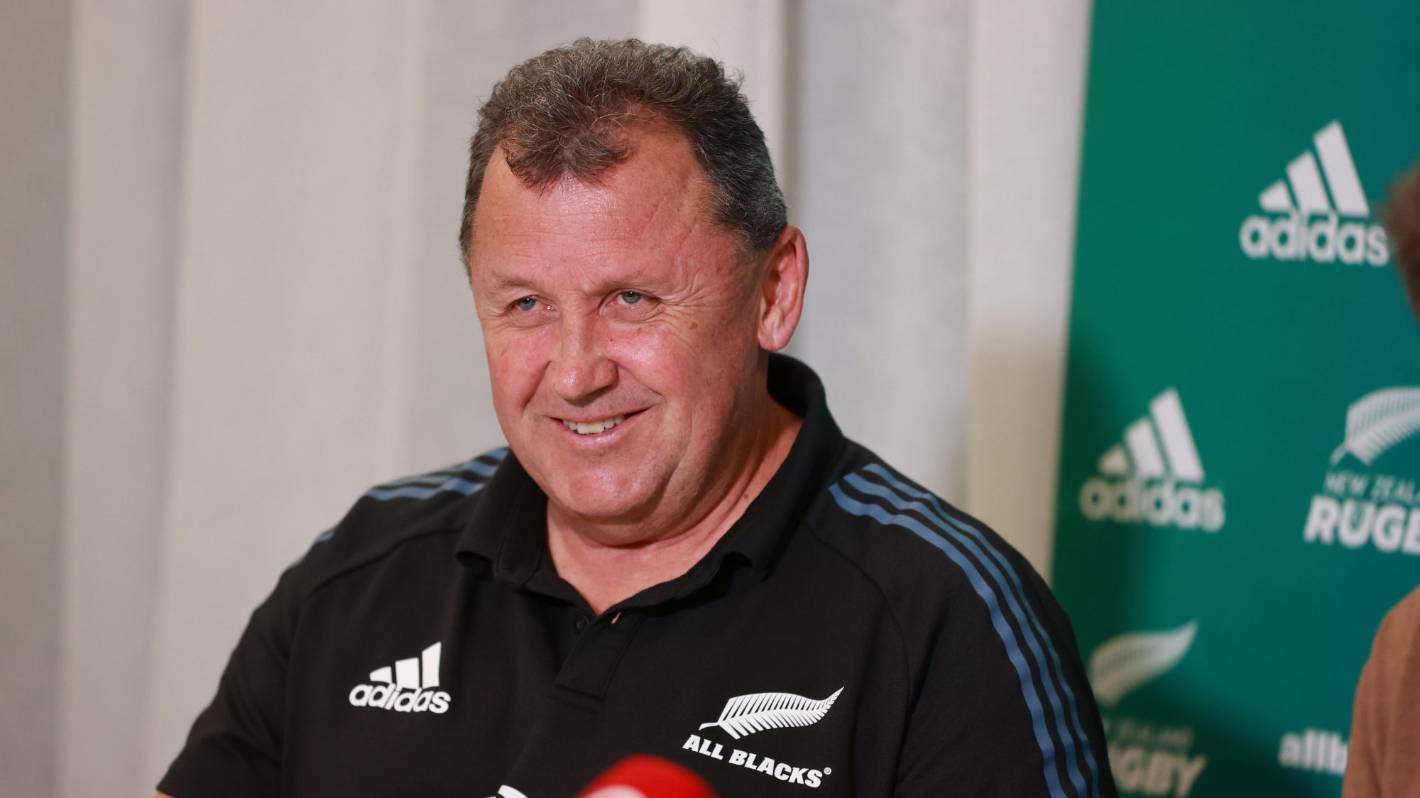 The win against the Springboks in Johannesburg has saved the coach's All Blacks career, with Scott Robertson forced to wait once more.

Almost 400 comments in 4 hours and it is getting medieval in there.

TL/DR, yet another colossal misreading of the air from the NZRFU

The NZR/ SilverLake JV, officially called NZ Rugby Commercial GP Ltd, has appointed six directors with three more expected to be named later. As you'd expect NZR's Chair & CEO are there as is Board member Bailey Mackey. SL exec Simon Patterson is there as is "respected businesswoman" Nicola O'Rourke. NZRPA have appointed the sixth director, some bloke by the name of McCaw.

waiopehu oldboy said:
NZRPA have appointed the sixth director, some bloke by the name of McCaw.
Click to expand...

Also, the new NZ Rugby CEO is Richie Mccaw, effective as of immediately.
Click to expand...

I been at a shit load of rugby etc since coming home, and looking at things I think work well etc for development of young players, I like the age grade route.
For example, there is the Super U20 comp (with a NZ babaas team.
At Npc level in Naki as example, there is U19 reps who then play Waikato, BOP, Counties over a number of weeks with 3 of those teams then playing the 3 NPC U19 teams from Blues, Auckland, NH and Northland. So a good bit of higher level rugby.
Was at U16 trials yesterday, and that team that is named today will play King Country, followed by Waikato,BOP and Counties.Not sure if U14 teams are still picked as there used to be a NI tournament in Taupo (that was when I was on the Nua rugby board and JAB when the likes of Cullen and Carlos were that age) and have a feeling that may of finished.
But seems to me pretty good pathways.
Last edited: Aug 22, 2022

Cam Roigard has been outstanding for counties. Can see him locking down the 9 jersey for the canes next year.

Rugby Head said:
Cam Roigard has been outstanding for counties. Can see him locking down the 9 jersey for the canes next year.
Click to expand...

I like him too RH, was reading on one forum someone rubbishing him, and wondering if watching the same player I have been. Looks to have a good future to me

Dan54 said:
I like him too RH, was reading on one forum someone rubbishing him, and wondering if watching the same player I have been. Looks to have a good future to me
Click to expand...

Been their best player so far this season, he's everywhere.

Yeah pleased to see Roigard get consistent minutes - I think that's what he had been missing.

Ngani Laumape is off to Kobe Steelers according to stuff.co.nz

Lurch has been named to start in the Shield defence tomorrow.

The big 2002 level review will be kicking off soon.

Under the terms of the Silver Lake deal, signed in early June, the review was to start within 60 days of the agreement being finalised. Stuff understands the terms of reference have been signed off and circulated among key stakeholders, while the independent review panel is in the process of being appointed.

Another key stipulation of the review is that it’s a public process, with the findings to be published in full. This will be welcomed by the wider rugby community given the lack of trust in the leadership of NZ Rugby following its bungled handling of questions of Foster’s future in the All Blacks’ top job.

The review is expected to put the actions and decision-making of the board under a level of scrutiny not seen since the 2002 Sir Thomas Eichelbaum review of the NZRFU (as the national body were christened back then) following the loss of the co-hosting rights with Australia of the 2003 Rugby World Cup.
Click to expand...

Some tidbits on the high performance/coaching side.

While NZ Rugby’s series of PR missteps over the last six weeks has drawn the most headlines, a greater failure came at the end of last year, when the board failed to properly interrogate the reasons behind the All Blacks’ lacklustre performances on the northern tour. Sources claim a lack of high performance knowledge on the board was exposed when it readily accepted the narrative that Covid-related challenges and the difficulties of bubble life were to blame for the poor performances.

Stuff understands the board was initially split down the middle on the decision of whether to retain Foster, with Mitchell getting the deciding vote. Once the call had been made, the board later agreed to throw its weight behind Foster.

Mitchell, though, is adamant there was no indecision. He says claims of a split board were “categorically not correct”.

“The board was unanimous in its decision to reappoint Ian Foster as head coach.”

In announcing the retention of Foster following a mid-season “debrief”, Robinson said his organisation had “drawn a line under” the issue. However, behind the scenes the fall-out rumbles on.

The treatment of Crusaders coach Scott Robertson – the man widely tipped to replace Foster – during the process has caused angst. Robertson is understood to have been told to assemble his coaching team following the All Blacks’ 26-10 loss to South Africa in the opening game of the Rugby Championship. Robertson’s roster was said to include Blues coach Leon MacDonald and Hurricanes mentor Jason Holland, forcing those clubs to begin working on contingency plans for its own coaching rosters.

But the apparent flip-flopping from NZ Rugby management has led to a loss of goodwill among both Foster and Robertson sympathisers. It also had a patch-up job on its hands with Super Rugby bosses left miffed by the needless coaching panic.
Click to expand... 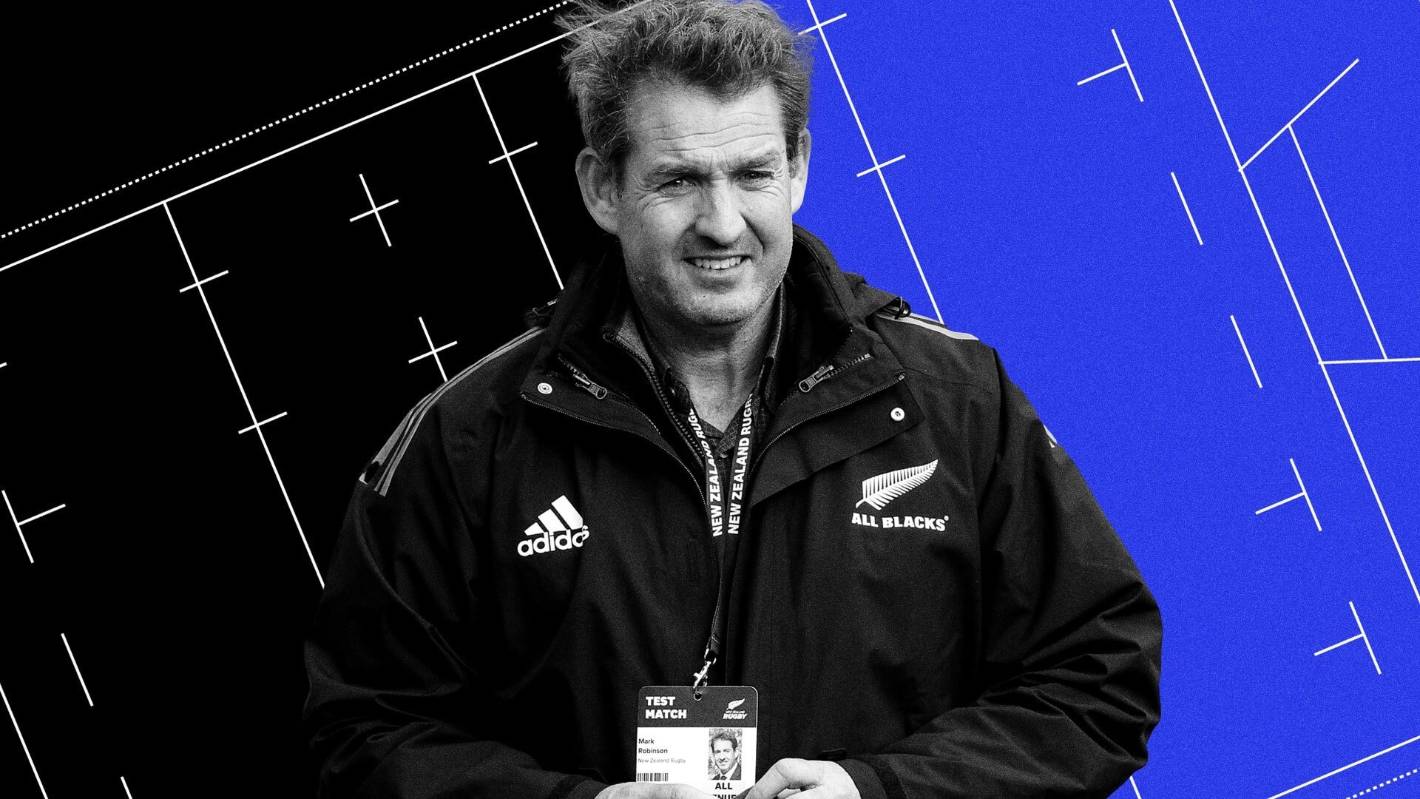 The men and women in charge of NZ Rugby have had a torrid few months. It's likely to get worse before it gets better. Dana Johannsen reports.

Wouldn't it make sense for these to be occurring at established intervals, like once a decade or every other RWC cycle?

Robertson is understood to have been told to assemble his coaching team following the All Blacks’ 26-10 loss to South Africa in the opening game of the Rugby Championship.
Click to expand...

zer0 said:
The big 2002 level review will be kicking off soon...
...Wouldn't it make sense for these to be occurring at established intervals, like once a decade or every other RWC cycle?
Click to expand...

How does the one about Christmas & turkeys go again?

Robertson is understood to have been told to assemble his coaching team following the All Blacks’ 26-10 loss to South Africa in the opening game of the Rugby Championship.
Click to expand...

Razor and his coaching team
reassembling after disassembling: