We often come across interesting rugby stories from non-traditional rugby countries. They usually don't warrant a thread of their own. This thread can act as a repository for those articles.

First up, an article about Rugby in Columbia Colombia helping those from disadvantaged backgrounds.

That is why I like that IRB Total Rugby show you get on fox sports. Every week they have a story about a rugby minnow.

Ruggo said:
That is why I like that IRB Total Rugby show you get on fox sports. Every week they have a story about a rugby minnow.
Click to expand...


A top show that concentrates on the story, not the presenters' personalities. Much more professional than the Rugby Club.

Staff member
This post by Anthony on the Not Set Pieces thread deserves a quote here. It is one of the best posts ever made in our forums:


Antony said:
This is a bit different to a lot of the funny anecdotes etc. in this thread, but I didn't know where else to put it.

I've been on a wee bit of a world tour for the last six months, and - to the eternal consternation of my girlfriend - whenever we meet someone I inevitably bring up rugby. This leads to a lot of great talks with travelling kiwis, aussies, saffas, Irish and poms (and the citizens of other traditional rugby nations) but the really rewarding moments have been meeting people who found and love rugby despite it being a genuine minority sport.

So in no particular order, here are the people I've met from the coal-face of the global game.

- The development officer of the Polish rugby union (great bloke - I'm still in touch with him if anyone wants to bring out a few polish players to their club or something. Huge bastards, not sure how well they go in the backs though).

- A female Canadian rugby player. I'd always heard the women's game was pretty big in Canada, but nice to see that it's true.

- An open side flanker in Guatemala. Didn't speak a word of english, and my Spanish doesn't extend to ruck interpretations, so we had to use a seriously unimpressed and disinterested American girl as a translator.

- An ex junior national rep halfback from Spain. Threw a coconut around with him for a while. Snappy pass, lots to say, short fuse. A halfback, in brief.

- An ex-American footballer from "Not Chicago" Illinois. Watched a game during the world cup (USA v Russia, I think) loved it, so found himself a rule book and a hundred odd hours of game tapes and set about learning the game. Interesting to see the effect of the world cup, but also to see how some Americans approach sport. Very analytical.

- The Argentine schoolboys squad. It's obviously a major sport for them, but I was interested to note just how big it was outside of BA. Interestingly, JOC (James O'Connor) is a really big deal over there, which I found strange since he was injured for the one RC they were involved in. Shows they go out of their way to watch other countries' international stuff.

- A super-aggressive French women's flanker. And I mean a proper French girl. This was like listening to Audrey Tatau talk about ripping someone's head off, it was surreal. Girlfriend wasn't such a fan of that one.

- A brick outhouse of a loosehead prop on copacabana beach in Rio, on new year's eve. I think he might have been about to mug us, but he changed his mind when the game came up. Rugby just paid itself off.

The one thing I consistently got from these guys is that they would love to have the resources (either in their national games or in women's rugby) that many of us take for granted. Still, it's encouraging to see the game has the potential for growth.

The quote of the trip for me goes to Tomasz, the Polish guy.

"We're getting better, but we still struggle to play against the good teams."
"What, like France?"
"No, like Belgium."

It's a different world out there.
Click to expand...

I recall they had a youth tour here last year. I remember seeing a group of teenagers in their Columbia track tops walking around Darling Harbour carrying Wallabies and Tahs gear with Gilberts in their hands.

An article on the modest growth of rugby in Libya. It was banned by Gaddafi until 2009 when 7s became an Olympic sport.

Listen to the audio file from Radio Australia (~5mins). Nothing earth shattering but interesting.

The new man at the helm of rugby union in Bougainville believes the sport has a huge potential for growth in the autonomous region, and can also play an important role in the development of young leaders.
Click to expand...

2million kids in the US play rugby

Any players with recent Greek heritage, this may interest you:

You may recall that last year we stopped the ABs equalling Lithuanias record of 18 consecutive wins. This record is a favourite in rugby trivia. It looks as if Cyprus may equal the record if they knock off Bulagria this weekend.

Great achievement if they do but it doesn't look like the Cypriots are enamoured by rugby just yet!

I think I'm gonna get the DVD - this is from Eliota Fuimaono-Sapolu's Facebook page:


Talofa everyone. Please watch this. Its about a few Samoan professional rugby players giving back to the heart and soul of Samoan rugby, taking it back to the villages. From the limelights of the pros to the youth of the village. Alesana Tuilagi. Seilala Mapusua. and myself. A DVD of the Everyone for Samoa sports clinics. This is how we spent our holiday. Clinics in Lepea, Siumu, Solosolo, Malie, Mulifanua, Lefaga and Faga Savaii. All on DVD. Its not only about Samoa. There is no Rugby DVD like this. This is grassroots. This is for the poor children who are rich in talent. Hope you check out this trailer. Its about 3 minutes. Please share this status. You can order a copy by emailing us at orders@everyoneforsamoa.com. Hope you enjoy it. Thank you. Alofa atu.

Interesting article on Canada's preparations for there upcoming test schedule. Highlights how easy Tier 1 nations who have profressional comps and player depth have it in comparison to the tier two nations. 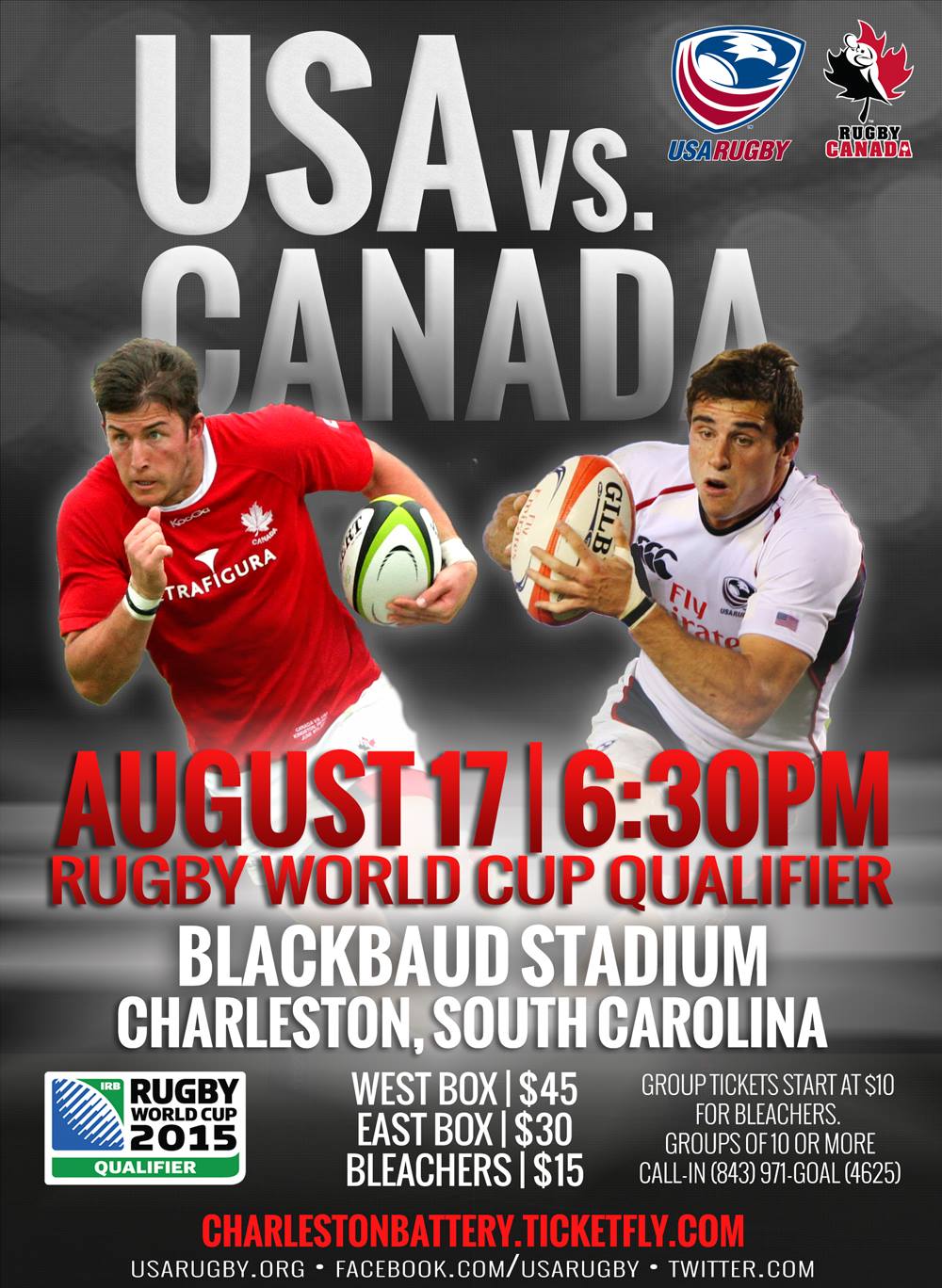 looking forward to being in the gentle south for that game.
work trip scheduled for that time and it conveniently includes a stop in charleston!

Over 8,000 people in Chile watched the U20 Chilean side take on U/20 Italian side at the Junior Rugby World Trophy. Italy won 50-6.

A nice piece in the Wall Street Journal about a 42yr CEO in San Antonio.
"Mr. Salter says he believes rugby offers the strongest team camaraderie of any sport. After every game it is tradition for the host team to arrange a dinner for the visiting team. "I've run track and played basketball, but if you play rugby, you really form a bond with your team that is hard to explain," he says."

The name of the country is Colombia, chaps. Not Columbia. That's a University.

Canada defeated Fiji for the first time since 1995 in Ottawa on wednesday night, 20-18.

Canada is giving a lot of players a run which is great to see.

A week after Tonga is Ireland at BMO Stadium in Toronto. They are hoping for 20,000 to attend.

After that, they face Japan in Japan and then a break until the USA in August (one game in Toronto and one in Charleston).

Lastly - they face NZ Maori in November in Toronto.

Toronto getting a lot of love at the moment due to scheduling conflicts in Vancouver with other stadiums and the IRB not approving the artificial turf at B.C Place - i think they wanted to host the NZ Maori game there.
You must log in or register to reply here.
Share:
Facebook Twitter Reddit WhatsApp Email Share Link
Top